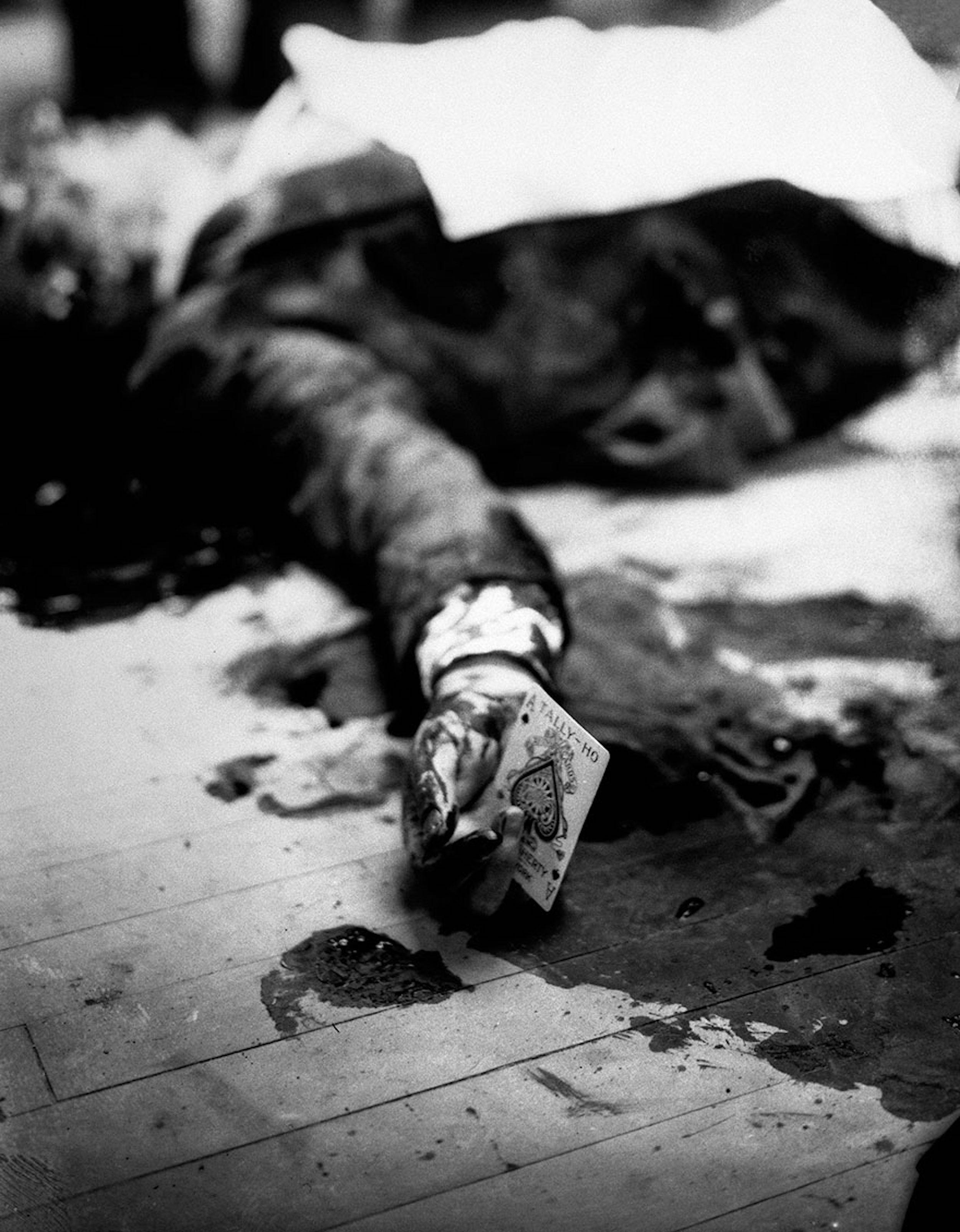 Giuseppe “Joe the Boss” Masseria was an early Mafia boss in New York City. He was boss of what is now called the Genovese crime family, one of the New York Mafia’s Five Families, from 1922 to 1931. Wikipedia

fingerrockets: I read somewhere that the photographer got there befor the police and placed the card in his hand.

no1name: Pushing up the ante, I know you wanna see me

I see it in your eyes, take one look and die

The only thing you see, you know it’s gonna be

mrcarrot9: You win some, you lose some, it’s all the same to me

Previous Post: « President Kennedy, Jackie Kennedy and Lyndon Johnson watch the launch of Freedom 7 from the White House, carrying astronaut Alan Shepard, as he becomes the first American in space. May 15, 1961
Next Post: Pentagon to Undergo First Ever Audit After Decades of Sloppy Accounting and Missing Trillions »