While the mainstream media is telling us …

The MAGA spokesperson got this to say …

Roger Stone has warned that some members of President Trump’s Cabinet are plotting to remove him from the White House in a carefully planned coup d’etat.

No idea if this is related…?

The former presidential campaign adviser told C-SPAN that he overheard some members of the Trump administration planning to invoke the 25th Amendment to remove him from office.

Washingtontimes.com reports: “Do you have any evidence that anyone is actively plotting or attempting or laying the groundwork right now inside the Cabinet — inside the administration — to make that removal?” Associated Press reporter Tom LoBianco asked Mr. Stone.

“I have sources, and I work my sources, and yes, I believe there are some who have had this discussion. This is both outside the Cabinet and in. I think it’s the fallback plan for the establishment. That’s why I’m trying to sound the clarion call,” Mr. Stone responded.

Mr. Stone declined to disclose specifics when pressed for further details, but he insisted his claim wasn’t baseless.

“Like you, Tom, I cannot reveal those sources, and I’m not prepared to do so, but this is not a conspiracy theory,” Mr. Stone told the reporter.

“There are members of the Cabinet who have had this discussion. Let me just leave it at that,” Mr. Stone added.

Mr. Stone previously advised former President Richard Nixon and co-founded a lobbying firm in 1980 with Paul Manafort, Mr. Trump’s former 2016 campaign chairman. Mr. Manafort is one of four people indicted as a result of special counsel Robert Mueller’s investigation into the 2016 election, and Mr. Stone predicted that the outcome of that probe will have an effect on potentially removing the president from office.

“You’re going to see an enormous uptick in these irresponsible stories smearing this president as, you know, non compos mentis — not up to the job, and so on — particularly if Mr. Mueller should shoot and miss. So I’m being realistic about what I believe is the resolve of many in the political establishment to remove the president under any means necessary,” Mr. Stone said during the C-SPAN interview.

“There is a plan afoot that is broader than just the Cabinet. The 25th Amendment requires a majority of the Cabinet and the vice president [to remove the president]. I don’t think that is achievable today, not on the heels of the historic tax cut, not on the heels of the disintegration of the credibility of the Mueller investigation. But we have seen what happens when a hysteria is whipped up among the people by some in the mainstream media. And I have always thought this is plan B for the two-party duopoly that has run this country into the ground,” Mr. Stone added.

The White House did not immediately respond to a request for comment concerning Mr. Stone’s claim.

Russia has denied interfering in the presidential election, although the U.S. intelligence community has concluded otherwise.

Trust me on this one guys Has anyone figured out what happened to Julian Assange between Christmas Eve and now? Now following 25 accounts on Twitter and retweeting randomness and Spanish tweets? Professional sweep of WikiLeaks compound? The Navy tweet? Seems strange….

I guess having your own TV show is about the same President Trump has fired senior FBI agents who he says colluded with the Clinton campaign to exonerate Hillary during the email investigation.

According to reporter Sharyl Attkisson, Trump has purged 8 high ranking DOJ and FBI officials for committing treason against America.

Thegatewaypundit.com reports: “8 high ranking DOJ/FBI officials have been removed, reassigned or are rumored to be leaving incl. top agents who worked on 2 high-profile probes: Clinton mishandling of classified info, and Trump-Russia collusion investigation,”Attkisson tweeted on Tuesday.

As for the hypothesis that Trump Tax Cut will generate millions of jobs, AT&T’s action seems to suggest something else … Donald Trump has threatened to cancel his visit to the UK if Barack Obama attends the upcoming wedding between Prince Harry and Meghan Markle.

Jealousy? Because of these … According to a British government insider, Harry’s eagerness to invite the Obamas to his wedding could further harm international relations with the US following Theresa May’s decision to publicly blast Trump on social media.

Express.co.uk reports: The Government source said: “Harry has made it clear he wants the Obamas at the wedding, so it’s causing a lot of nervousness.

“Trump could react very badly if the Obamas get to a Royal wedding before he has had a chance to meet the Queen.

“Conversations are ongoing and ministers will eventually have to decide. If the PM lays down the law, Harry will just have to suck it up.”

Prince Harry and Barack Obama have not been shy about displaying their affection for each other with the pair being pictured together at the ginger royal’s Invictus Games in Toronto earlier this year.

The two were pictured sharing smiles as they sat next to each other during the event.

Harry also interviewed Mr Obama in September – the recording will be broadcast on BBC Radio 4.

Meanwhile, is this a Fake News?

Meghan Markle’s “game-playing and histrionics” over the Christmas weekend left such a bad taste in Queen Elizabeth’s mouth that she has forced the future princess to sign a prenuptial agreement with Prince Harry – or else the wedding is off.

The problem with Meghan Markle is that she still insists on calling herself an “activist” on her Twitter page, and she is a noted hater of the President of the United States. That could be overlooked if she would “stop spreading divisive ideology” on her Twitter page and instead “keep a dignified silence on political matters“, but her “unsuitable” behavior over the Christmas weekend has left Buckingham Palace “concerned.”

Queen Elizabeth’s eyebrows were first raised after Meghan Markle created a “fake racism scandal” by having a member of her increasingly sizable entourage leak a story to the press about Queen Elizabeth’s first cousin.

The claim that the brooch was racist was a completely bogus accusation, concocted by Meghan Markle to mark her territory in the Royal Family and create a scandal in order force the British Royal Family to change their Christmas traditions.

In fact, Blackamoor art is not racist, and the brooch in question depicts a black king or royalty. Unconfirmed reports say the brooch represents the Blackmoor “Wise Man” who visited the Christ child, and Princess Michael noted she has worn the exact brooch at Christmas time on many times without incident.

Whatever … Last but not least,

What do you call this phenomenon … MAGA Incest? 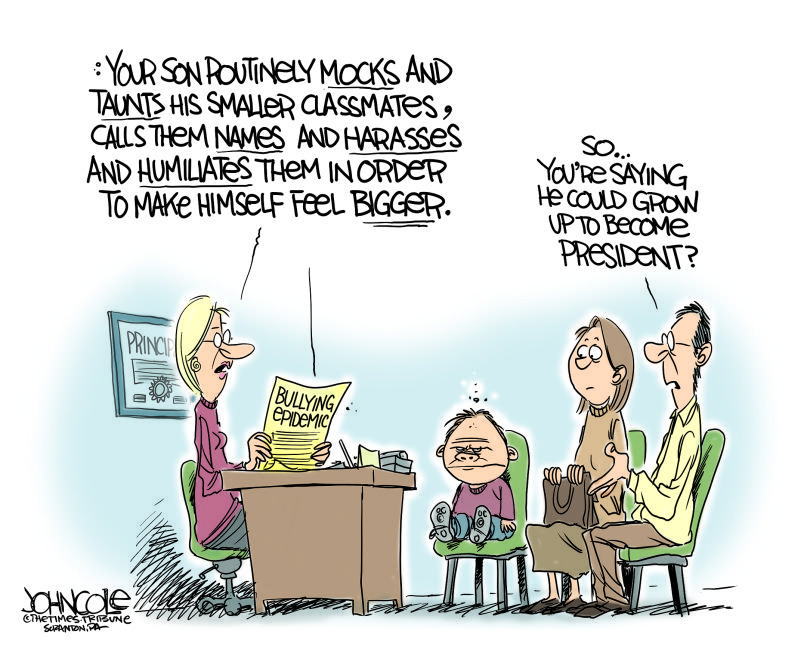 « Evidence Points to Bitcoin being an NSA-engineered Psyop to roll out One-World Digital Currency
“By working faithfully 8 hours a day, you may eventually get to be the boss and work twelve hours a day.” Robert Frost »