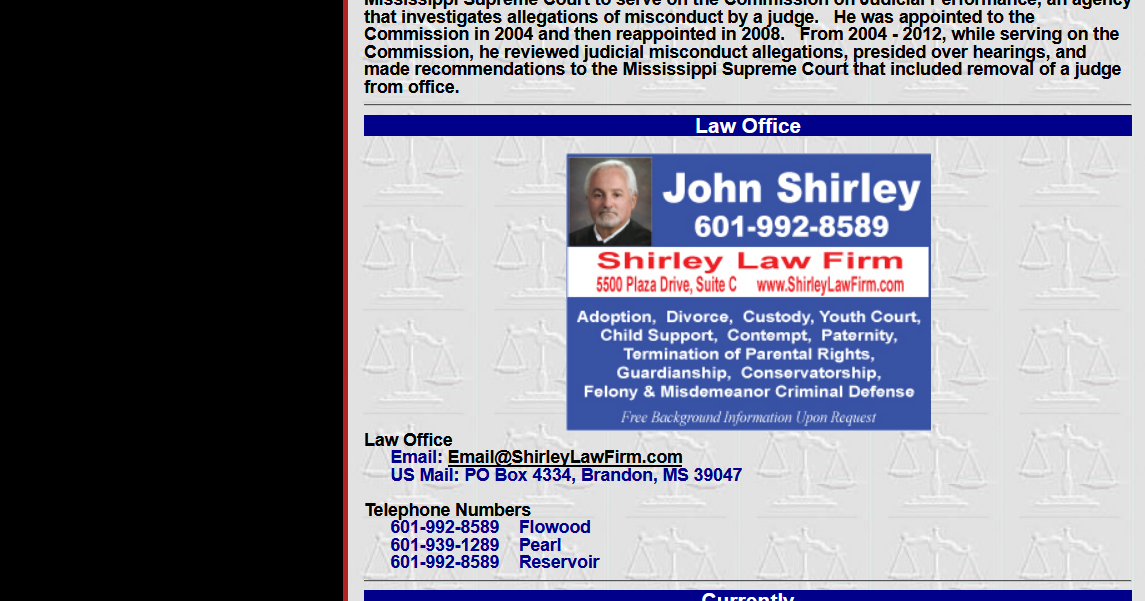 
A judge who barred a mother from seeing her baby for 14 months over unpaid court fees has resigned.

John Shirley imposed the no-contact order on the woman named only as Miss Jackson at Mississippi’s Pearl Youth Court.

Judge Shirley then blocked the mother from having any contact with her child until she paid off court-imposed fees.

He also awarded custody to the baby’s grandmother, while also blocking the mother from coming having any contact.

It is unclear how much the mother owed, but activists said the order was “tantamount to judicial kidnapping”.

“As a civil rights lawyer in Mississippi, I am no stranger to injustice, but for a judge to prohibit an impoverished mother from having any contact with her baby until monetary payments are made is shocking and repugnant,” Cliff Johnson, director of the Roderick and Solange MacArthur Justice Center at the University of Mississippi School of Law, told the Clarion Ledger newspaper.

“Such orders are tantamount to judicial kidnapping.”

After the Center threatened to sue, Mr Shirley resigned from both his Youth Court and Municipal

starship_litterbox: It’s not perfect justice but there is this:

>The good news is that the judge has now resigned and the youth court in Pearl, Miss., has been closed.

So while it’s not a satisfying conclusion by any means, it’s a step in the right direction.

missmari15147: There’s no justice here. That Judge is still on the bench.

Profoundpronoun: Inexcusable. Once again money, ruining everything good about the world. Where one should get justice, injustice is giving instead because of a fucking dollar sign! It makes me sick to my stomach!

Blueshockeylover: Welcome to modern day America where your possessions can be confiscated by the police even if you’re innocent and debtors prison is real.

It boggles the mind.

FreeLyfe: > Judge John Shirley, while serving as a Justice Court Judge, **was selected** by a Chief Justice of the Mississippi Supreme Court **to serve on the Commission on Judicial Performance, an agency that investigates allegations of misconduct by a judge.** He was appointed to the Commission in 2004 and then reappointed in 2008. From 2004 – 2012, **while serving on the Commission, he reviewed judicial misconduct allegations, presided over hearings, and made recommendations to the Mississippi Supreme Court that included removal of a judge from office.**

« “Sometimes you will never know the value of a moment until it becomes a memory.” Dr. Seuss
“Jews copyrighted the letter ‘U’ and make all companies with ‘U’ in their logo pay them millions each year” »