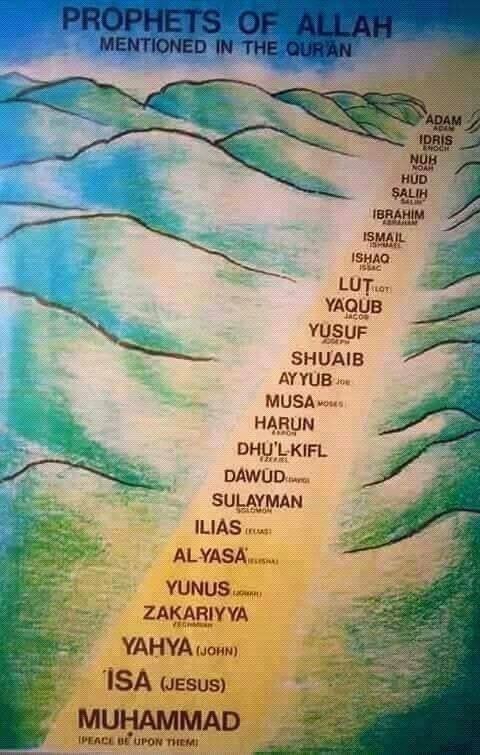 grashnak: Yes, more or less. This is all of course quite controversial, both for current political reasons and for scholarly reasons. As a historian, I’ll take a few moments and deal with the latter. The big problem that we have as schoalrs is that we don’t really know a ton about the composition of the Quran. Lots of people have theories, some more plausible than others. Some theories are even backed by evidence! But the thing is, everyone knows that Muhammad didn’t write down the Quran. It was compiled in an authoritative version some time beginning decades after his death, as Islam really formed into a coherent religion and the Umayyads became rulers of a real empire. So traditions were collected, especially from people who had been companions of the prophet, and the text was assembled. Later, a similar process occurred with the Hadith, the name for the deeds of the Prophet (stories about things he did) that provide much of the context for the Quran and our understanding of life in Arabia during the prophetic era. (There are a couple contemporary texts, like a treaty that was signed between Muhammad and a local Jewish community, and a couple Byzantine texts that mention him–we’ll get to those when we get to them). But basically you can think that these collections of texts are accurate, or not. Some people are total skeptics and basically think that we can’t make any real historical claims based on these texts. On the other side we have people who think that everything is true and literally the word of God sent down by the archangel Gabriel etc. I fall somewhere in between and generally think that we can use these texts to situate the early Muslim movement within its late antique context.

They key to the late antique context of early Islam is that it was highly charged and eschatological. The Arabian Peninsula had gotten swept up into the generation long war to end all wars between eastern Rome (Byzantium) and Persia, which lasted from 602-628 and ended with the recovery of the relic of the true cross that had been taken by the Persians from Jerusalem. When it was brought back to the Holy City many people thought that the world was literally going to end. This is the context in which Muhammad is preaching, and he leaves Medina for Mecca in 632, marking the beginning of the Islamic conquests.

Fred Donner has argued persuasively that this movement did not see itself as a “religion” per se at the beginning, but rather was a radically fundamentalist monotheistic movement known as the “believers,” which preached total monotheism and the coming end of the world, which required repentance. Thus, in this sense, we can see Muhammad as the last prophet, an eschatological figure something like the Jewish Messiah or the early Christian Son of Man, who had come to deliver a message and usher in a final age of warfare before the establishment of a righteous kingdom on earth, see, e.g., Mathew 16:27-28, ” For the Son of man shall come in the glory of his Father with his angels; and then he shall reward every man according to his works. Verily I say unto you, There be some standing here, which shall not taste of death, till they see the Son of man coming in his kingdom.”

So basically, to sum up, according to the most careful and cautious modern scholarly theory, we see Muhammad as the representative of a radically puritanical movement that welcomed all monotheists to reform their lives before the end time. This emerged in a context of generational war that had shattered the empires of the east and brought eschatological thinking into the minds of everyone. Similar movement can be seen in Christianity and Judaism at the time.

BosseGul: But the thing is, everyone knows that Muhammad didn’t write down the Quran. It was compiled in an authoritative version some time beginning decades after his death, as Islam really formed into a coherent religion and the Umayyads became rulers of a real empire
I’ve heard before that (most of) the Surahs of the Quran likely already existed in standardized form during Muhammeds lifetime and would be accurately passed on through the tradition of Hafiz.
Could you perhaps elaborate a bit how this is viewed by historians?

grashnak: That generally (as far as I know) seems to be the case. I have a pretty high opinion of the stability of oral tradition in pre- or semi-literate societies and tend to think that passing stuff down a generation or five is probably pretty accurate. It’s also important to note that the people who compiled this stuff weren’t dumb, and took it very seriously. All of the hadith have what’s called and isnad, which is a transmission history–e.g., person X told me this, and he learned it from person Y, who is very trustworthy and righteous, and he learned it from Z, who was a companion of the Prophet, and they did real research to make sure that like people were in the same cities at the right time to tell it to each other. Some unknown but incredibly large number of hadith were not accepted because they were felt to not be totally secure. Nonetheless, a lot of people think that what ended up getting in there represents sometimes much closer to a 2nd century AH/9th century AD/CE world with later concerns than it does the world of the Prophet.

Cookielolz: I think it’s worth clarifying that Islam isn’t quite a continuation of the Old and New Testaments, the exact quotes escape me but you’ll find several mentions of the specific scriptures being continued within the Qur’an itself as “To Moses we gave the Torah, to Jesus we gave the Gospel and to David we gave the Psalms”. Essentially those are the “accepted” scriptures of Judaism and Christianity, the rest is largely not.

Cookielolz: The Torah is the first five books of the Old Testament, which are: Genesis, Exodus, Leviticus, Numbers and Deutoronomy. But yes, the Torah and Psalms are the only elements considered canon as they are believed to be divine revelations, the remainder is chalked up to human fabrication (in the case of Rabbinic commentary, it’s obviously written by Rabbi, the rest is up for theological debate) and any inconsistencies between the Qur’an (Which does reiterate the canonical elements) and the original Old Testament are assumed to be the result of corruption and human negligence.
Also, something I failed to elaborate on in my earlier post is that the New Testament’s Gospel and the one mentioned in the Qur’an is not the same. Muslims believe that Jesus received a unique gospel from God which was lost following his crucifixion and ascension to heaven, the one written by his apostles is considered to be mostly incorrect.
Finally, another canonical scripture is the Scrolls of Abraham, but that’s barely mentioned compared to the rest and in the real world nobody has a clue what ever happened to it or if it even existed.
permalinkembedsaveparentreportgive goldreply

Inquirer: Fascinating, thanks! (probably should have known that about the Torah- I:d always thought it was a separate work)

lcnielsen: You might have been thinking of the Talmud, an extensive collection of commentaries on Mosaic law within Rabbinical Judaism written in the early centuries CE.
There’s also the TaNaKh or “Hebrew Bible”, consisting of the Torah, the Nevi’im (Prophets) and the Khetuvim (misc. scripture e.g. Song of Songs), more or less corresponding to the Old Testament.

I figure there must have been many attempts of claimed prophets besides Jesus and mohammed, do we have examples of these failed prophets and why did they not succeeded?

grapp: >Mohammed was a prophet of God

did you mean to make that claim as a definitive statement?

Previous Post: « Two photos of Union soldier Royal Ordway taken 44 years apart in 1862 and 1906. He served with Company B of the 13th Vermont Volunteer Infantry Regiment during the American Civil War
Next Post: Child predator get caught by creep catchers and freaks out »