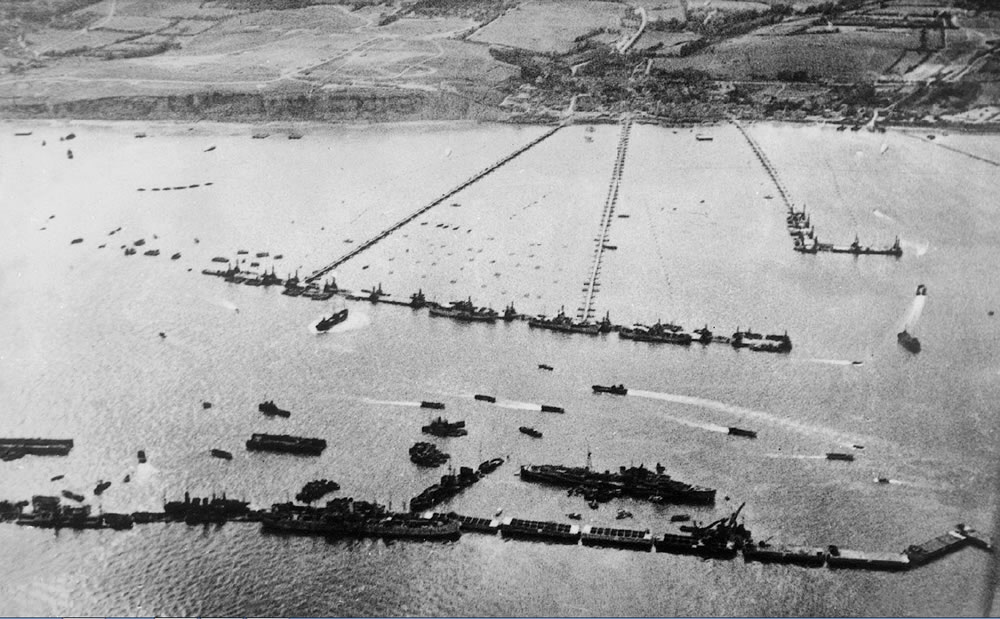 RonPossible: Pretty sure that’s Mulberry B, at Arromanches. The beach and town are wrong for OMAHA.

beastgp: My grandfather told me he worked on one of these (he worked for a steel company during the war) – I recall him saying he was down there after the landings while there was still occasional shooting.
That being said he may have been exaggerating – after all this is the man that told me Santa Claus had been run down on the motorway so he couldn’t come to us.

Previous Post: « “If you really want to do something you’ll find a way” Jim Rohn
Next Post: A group of orphans smiling, taken by Jacob A. Riis, ca. 1890 »