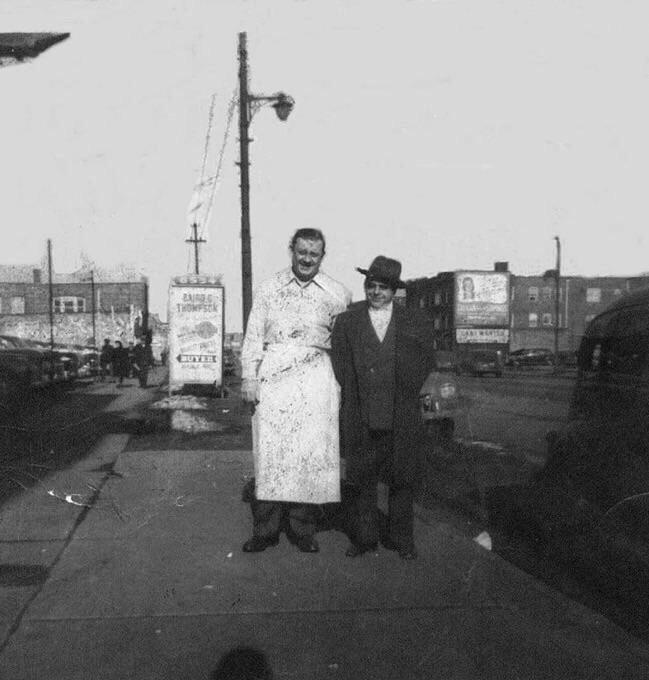 mattjh: Your great aunt’s husband looks like he’s covered in splattered blood and Capone looks satisfied in the most unsettling way.

bloqchains: This may have actually been the 20s! I believe Capone was arrested and jailed in 1931. Height was around 1927. Very cool nonetheless and I could be mistaken.

vhsvswwenetwork: Doesn’t look like other pictures of Capone. Interesting.

« Did the Roman Military have “special forces”?
“Aunt Fanny’s Cabin” an Atlanta, Georgia plantation-themed restaurant that, as recently as the 1980s, featured young African-American “menu boys” with sign boards hung around their necks who would dance and announce the menu »