Did you know that the UN launched a “new universal agenda” for humanity in September 2015?

It is actually right in the very first paragraph of the official document that every UN member nation has been formally approved. The entire planet is going to be committing to work toward 17 sustainable development goals and 169 specific sustainable development targets, and yet there has been almost a total media blackout about this in the United States.

Agenda 2030 Of The United Nations – The New Universal Agenda For Humanity. 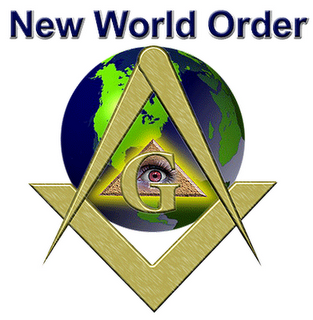 Many are calling this the first public declaration of the long feared (New World Order) Agenda 2030 or the beginnings of a totalitarian one world government.

Whether or not one believes in the so-called conspiracy theory of the New World Order, the phrase “new universal agenda” and the phrase “New World Order” share the same linguistic meaning. The question is then, are they one in the same?

Originally a plan called Agenda 21 was released by the UN with a primary focus solely on environmental issues.
That plan has now morphed into Agenda 2030 and is being labeled “Agenda 21 on steroids.” This new agenda now addresses virtually all areas of human activity and is truly a blueprint for global governance.

At first glance, this agenda appears to be combating every serious problem on the global stage. Yet when one delves deeper into the logistics of the plan, it becomes clear that the act of suggesting what should be done, and having a solution to a problem, are two very different things.

To throw up a lofty goal such as, “End poverty in all its forms,” is substantially different from having an actual solution to poverty itself.

The agenda does list sub goals within the plan, yet these as well are objective goals that would have already been achieved if simply agreeing on them would have solved the problem; such as Goal 1A: “Ensure significant mobilization of resources from a variety of sources.”

This is incredibly vague and is something that no one will disagree on, which is the point. Yet again, actually making this happen is the same problem as before and places the agenda directly back in square one.

It is as if to suggest that until now, no one has officially decided to “end poverty,” and now that a global agenda has been declared, the poverty-ending “plan” will be shared with all in need.

This raises the obvious question: What happens to the countries that decide not to participate? Will their country be exempt from the universal poverty-ending plan?

As far as the media is concerned, these topics are not very important.

It is quite odd that a plan of such relevance, such magnitude, is being completely disregarded by the mainstream media. The entire planet is going to be committing to work toward seventeen mutual goals and there has been a complete media blackout in the United States.

Most Americans are unaware of this worldwide agenda, and that in itself should be alarming. A lack of reporting on a specific topic by the corporate media is the modern tell-tale sign of a topic this is actually news-worthy.
When there is a media black-out on a story or event, it is most likely a subject worth paying attention to.

To collectively combat these major issues (from a citizen level) as a world-wide entity, is a step in the right direction.

However, these bullet point goals and their ambiguous means in which to reach the end result, have endless openings to be abused by the very same officials in which abuse every opportunity that is presented to them.
This country’s history is riddled with political deception and manipulation of the public, and this worldwide plan has vast opportunity for the corrupt to follow suit.

Below is a comprehensive list of Agenda 2030’s goals and how these goals will be approached from the corrupt level of the United States political system; which in turn will dictate the development of the new universal order.

“The UN document promises that this plan will ‘‘transform our world for the better by 2030,’ and yet very few Americans have even heard of the 2030 Agenda at this point.

“Instead, most of us seem to be totally obsessed with the latest celebrity gossip or the latest nasty insults that our puppet politicians have been throwing around at one another.

“It absolutely amazes me that more people cannot understand that Agenda 2030 is a really, really big deal. When will people finally start waking up?” – Zero Hedge Goal 6: Ensure availability and sustainable management of water and sanitation for all
Translation: Privatize all water sources, don’t forget to add fluoride

Goal 7: Ensure access to affordable, reliable, sustainable and modern energy for all
Translation: Smart grid with smart meters on everything, peak pricing

Goal 10: Reduce inequality within and among countries
Translation: Even more regional government bureaucracy

Goal 14: Conserve and sustainably use the oceans, seas and marine resources for sustainable development
Translation: Environmental restrictions, control all oceans including mineral rights from ocean floors

Goal 16: Promote peaceful and inclusive societies for sustainable development, provide access to justice for all and build effective, accountable and inclusive institutions at all levels
Translation: UN “peacekeeping” missions (ex 1, ex 2), the International Court of (blind) Justice, force people together via fake refugee crises and then mediate with more “UN peacekeeping” when tension breaks out to gain more control over a region, remove 2nd Amendment in USA

Goal 17: Strengthen the means of implementation and revitalize the global partnership for sustainable development
Translation: Remove national sovereignty worldwide, promote globalism under the “authority” and bloated, Orwellian bureaucracy of the UN