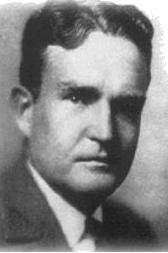 Bruce Fairchild Barton was an American author, advertising executive, and politician. He served in the U.S. Congress from 1937 to 1940 as a Republican from New York. Wikipedia
Born: August 5, 1886, Robbins, Tennessee, United States
Died: July 5, 1967, New York City, New York, United States
Spouse: Esther Randall (m. 1913)
Education: Amherst College
Quotes
Nothing splendid has ever been achieved except by those who dared believe that something inside them was superior to circumstance.
If you can give your son or daughter only one gift, let it be enthusiasm.
Sometimes when I consider what tremendous consequences come from little things, I am tempted to think there are no little things.

« “In the midst of winter, I found there was, within me, an invincible summer.” Albert Camus
March 1966 Blizzard in North Dakota, pic taken by Highway Dept. crew. Caption: ‘I believe there is a train under here somewhere!’ »