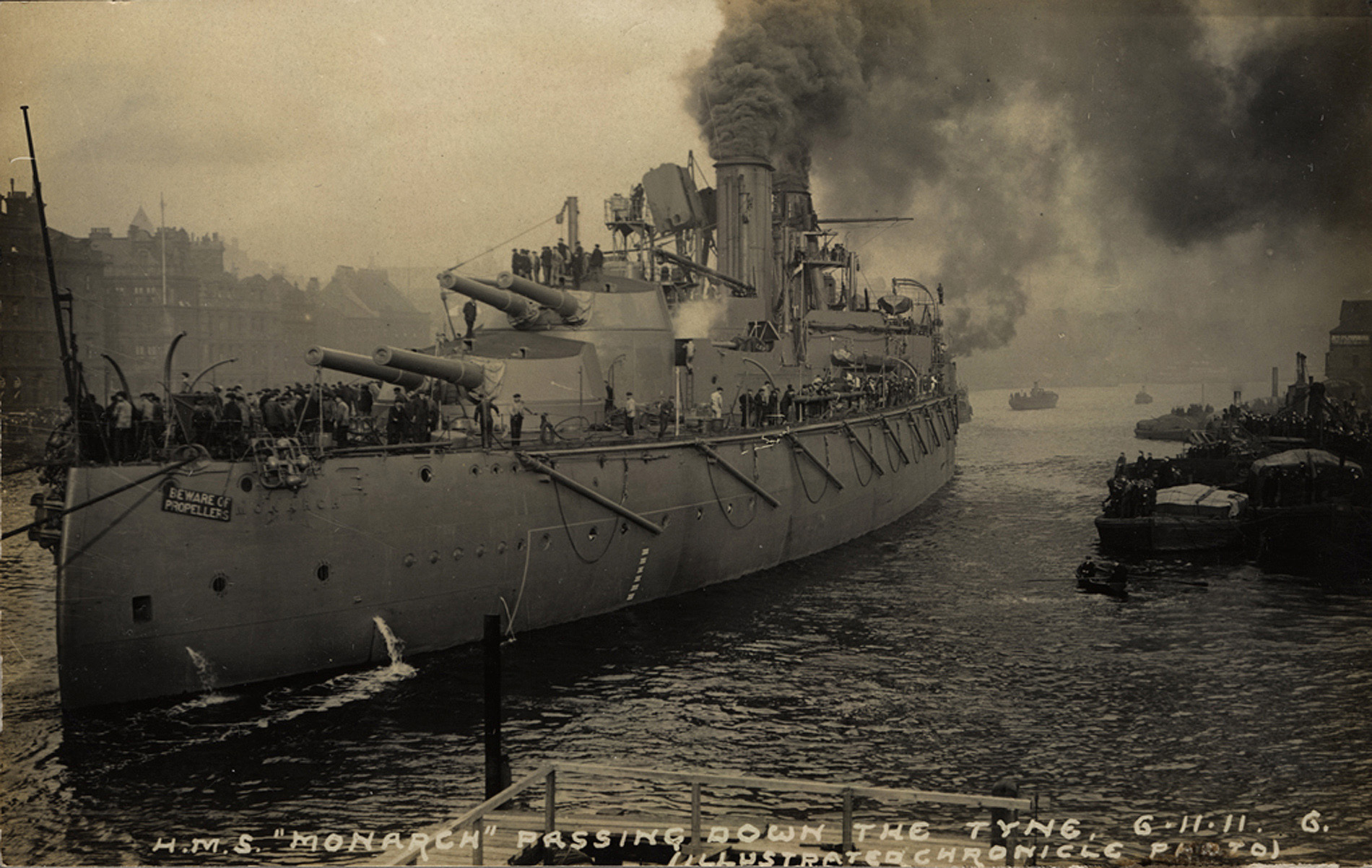 phoolishfilosopher: I feel this is worthy of one of those nifty “colourised” re posts….

Chambellan: “Beware of Propellers” doesn’t seem like something you’d have to tell the navy.

JoeFreitag: Before stealth technology. 🙂
Dang that’s a lot of smoke.

I miss the days in the US when we named ships interesting names rather than naming them after politicians like we are the Soviet Union. It looks like the British have avoided that propaganda nonsense in recent years fortunately.

Previous Post: « Stevie Wonder visiting a children’s school for the blind in London. c.1970
Next Post: “Everyone you will ever meet knows something you don’t.” Bill Nye »