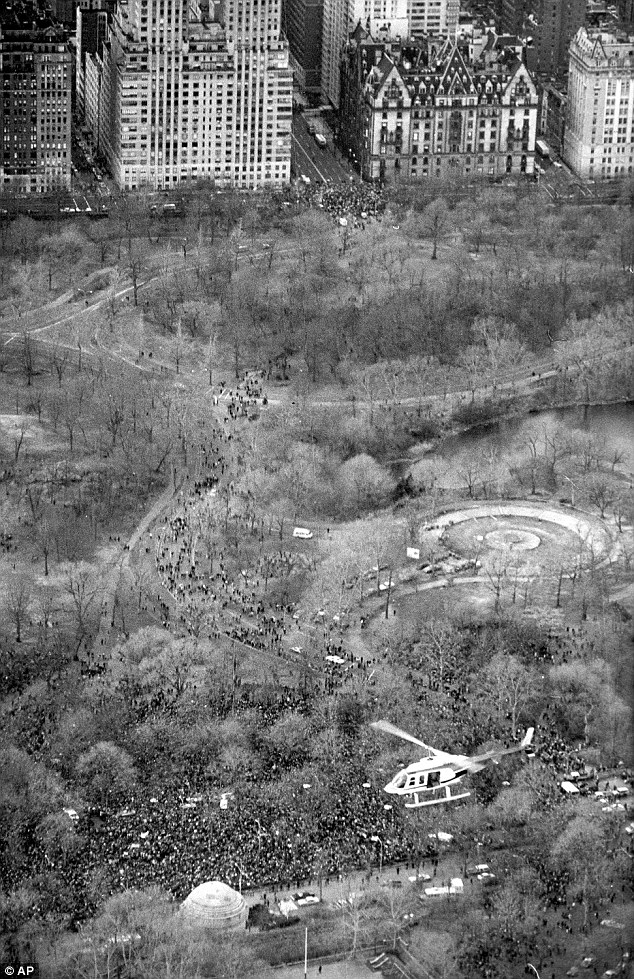 John Lennon was an English musician who gained worldwide fame as one of the members of the Beatles, for his subsequent solo career, and for his political activism and pacifism. On Monday, 8 December 1980, Lennon was shot dead by Mark David Chapman in the archway of the Dakota, his residence in New York City. Lennon had just returned from Record Plant Studio with his wife, Yoko Ono.

After sustaining four major gunshot wounds, Lennon was pronounced dead on arrival at Roosevelt Hospital. At the hospital, it was stated that nobody could have lived longer than a few minutes after sustaining such injuries. Shortly after local news stations reported Lennon’s death, crowds gathered at Roosevelt Hospital and in front of the Dakota. Lennon was cremated at the Ferncliff Cemetery in Hartsdale, New York, two days after his death; the ashes were given to Ono, who chose not to hold a funeral for him. The first media report of Lennon’s death to a US national audience was announced by Howard Cosell, on ABC’s Monday Night Football.

Chapman admitted to the murder of Lennon and was sentenced to 20 years to life imprisonment. Chapman has remained in prison since, having been denied parole nine times amidst campaigns against his release after becoming eligible in 2000… Wikipedia

Previous Post: « Kurt Cobain having a smoke with Ronald McDonald in Singapore, 1992
Next Post: A Soviet POW surrounded by Finns prompting his commander inside a bunker to surrender, 03.11.1941 »