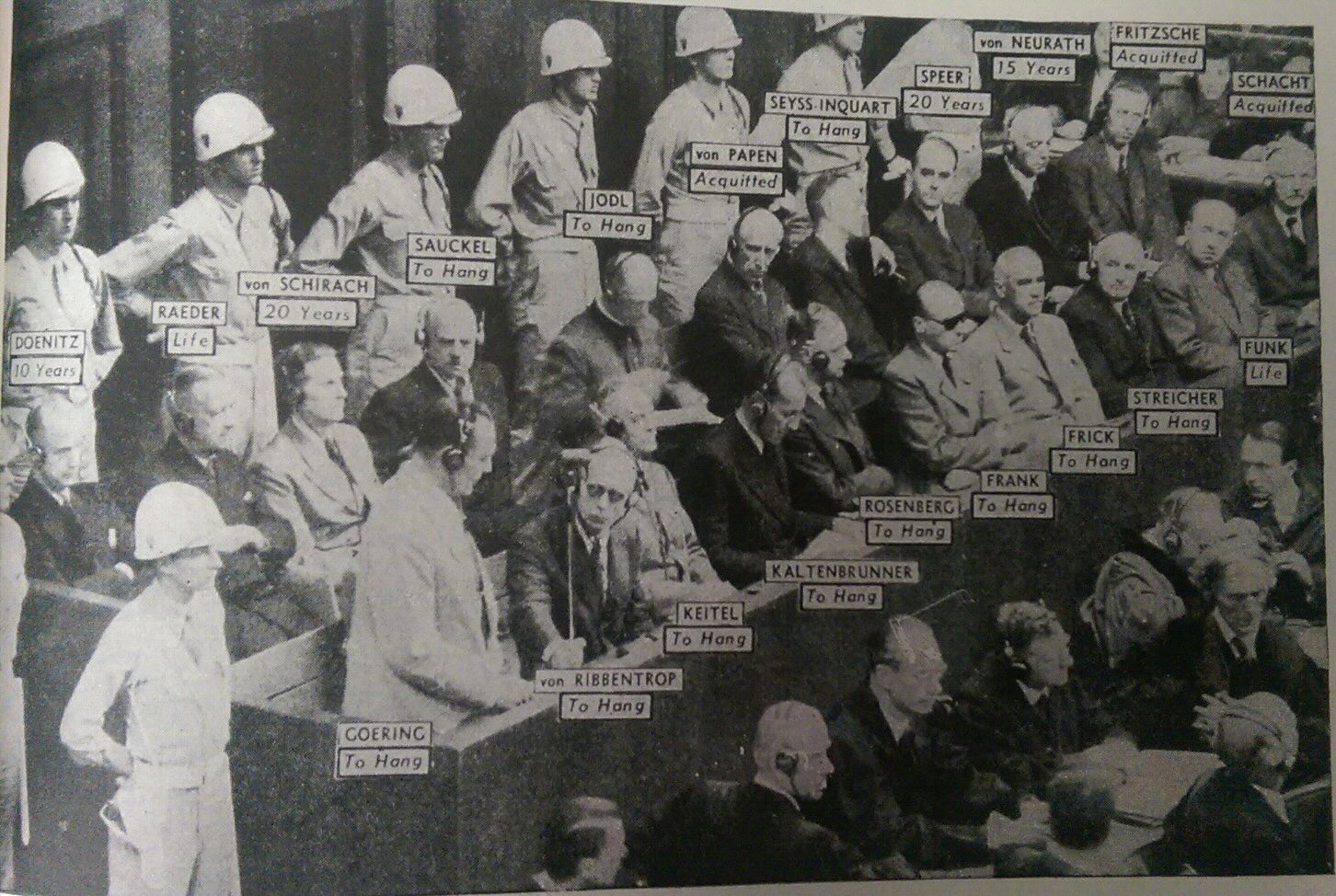 puppiadog: I read up on Kietel, he was a real POS. He basically became a “yes man” for Hitler and signed a bunch of real scummy orders, like Soviet prisoners, resistance fighters and allied POWs should be shot on sight.

Also, the gallows were they hung the Nazis was built wrong and many hit their head on the small hole and didn’t break their necks right away. In Keitel’s case it took him 24 minutes to die.

Trimestrial: I wondered about the three acquitted, so I wikipediaed them…

praccticc: Imagine being a Nazi by the name of Rosenberg. Geez.

MerxUltor: They didn’t hang enough of them. Loads of Germans got away and lived free after acting like monsters throughout the war.

Previous Post: « A U.S.Navy river patrol boat (PBR) crewman maintains vigilance at the .50-caliber machine gun during the boat’s day-long patrol on the Go Cong River, January, 1967.
Next Post: “I’ve learned that making a ‘living’ is not the same thing as making a ‘life.’” Maya Angelou »