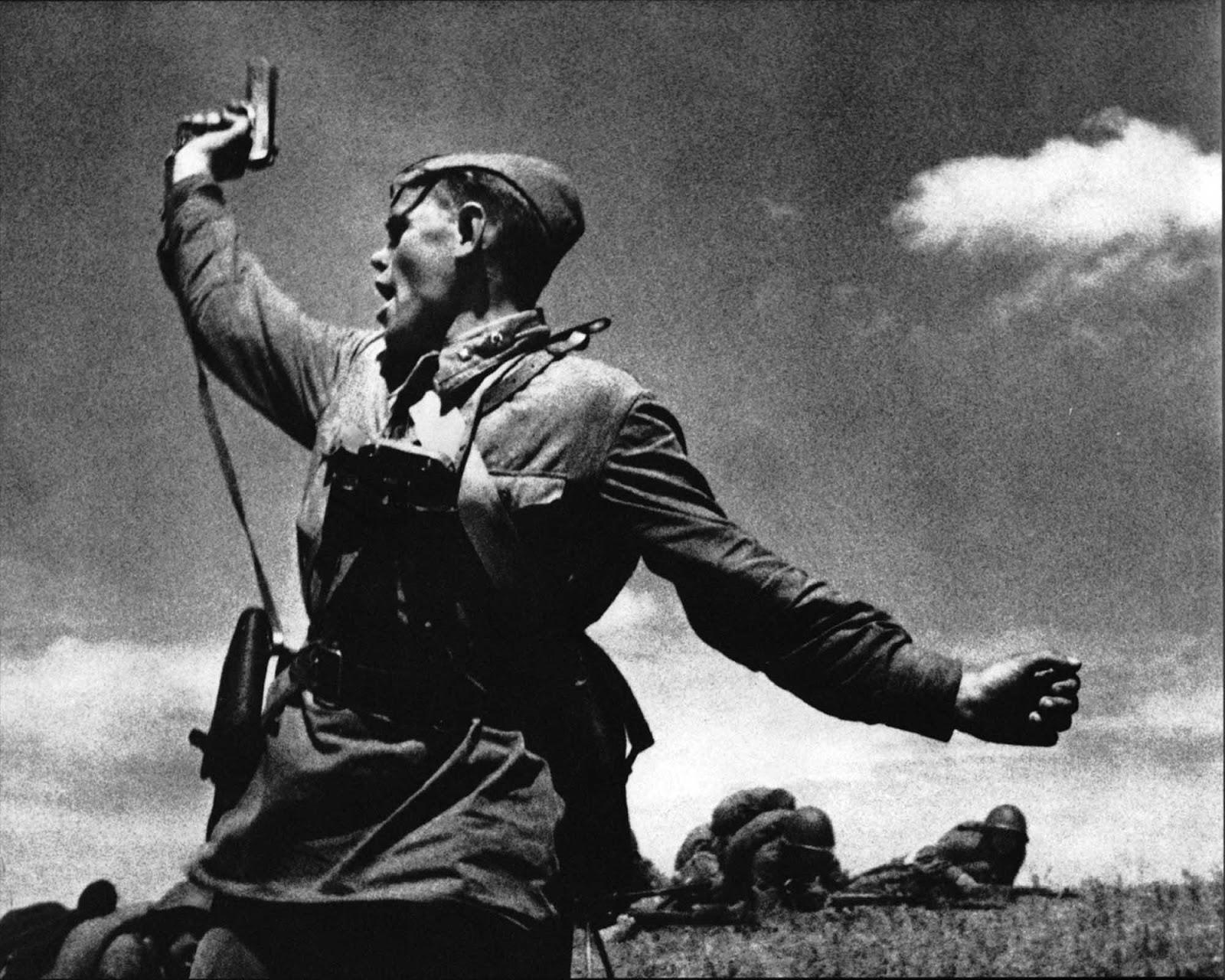 “Politruk” (Junior Political Officer) Alexey Yeremenko (220th Rifle Regiment/4th Rifle Division) encouraging his men to counterattack against german positions moments before being killed, in the village of Khorosheye, near Woroschilowgrad, today Luhansk, Ukraine. This is one of the iconic photo of Soviet in World War II, comparable only to the photo of the Red Flag over Reichstag. The author of the photo – Soviet war reporter and photographer Max Alpert – who did not know the name of the soldier, initially named (erroneously) this photograph as “Kom-bat”, which is a soviet military acronym for “commander of batallion”. The identity of the person on the photo was uncovered 23 years later, when in May, 1965, the wife and children of A. Yeremenko saw the picture on the front page of the “Pravda” 20-year jubilee issue dedicated to the victory over Nazi Germany (the 9th of May or “Victory Day” is an official holiday in former USSR and now Russia). The photograph was taken on July 12, 1942 in Luhansk (at that time – Voroshilovgrad area) in the area of ​​military operations which involved the 220th Infantry Regiment of the 4th Infantry Division. In those days the Red Army was persistently involved in bloody defensive battles against superior forces from Axis opponent. The photograph was taken on the field near the village of Good (now the village of Good Slavyanoserbsk region Lugansk region) between the rivers Lugan and Lozova. The photographer took a position in a foxhole just ahead of the defensive line. At this point, the Nazis began the attack after the usual airstrike and artillery bombardment. Alpert saw the officer and rose up at once to take the-then iconic picture. At the same time his camera lens broken into fragments by the strenous of combat. The correspondent found that the film was lost, and also his frame. Fiddling with a broken machine in his foxhole, he spent some time watching the situation, but he heard the other soldiers shouting: “Kombat is killed!” Name and title of the officer still unknown for Alpert, until that fateful day in 1965.

Probably because he was running around like a dork? 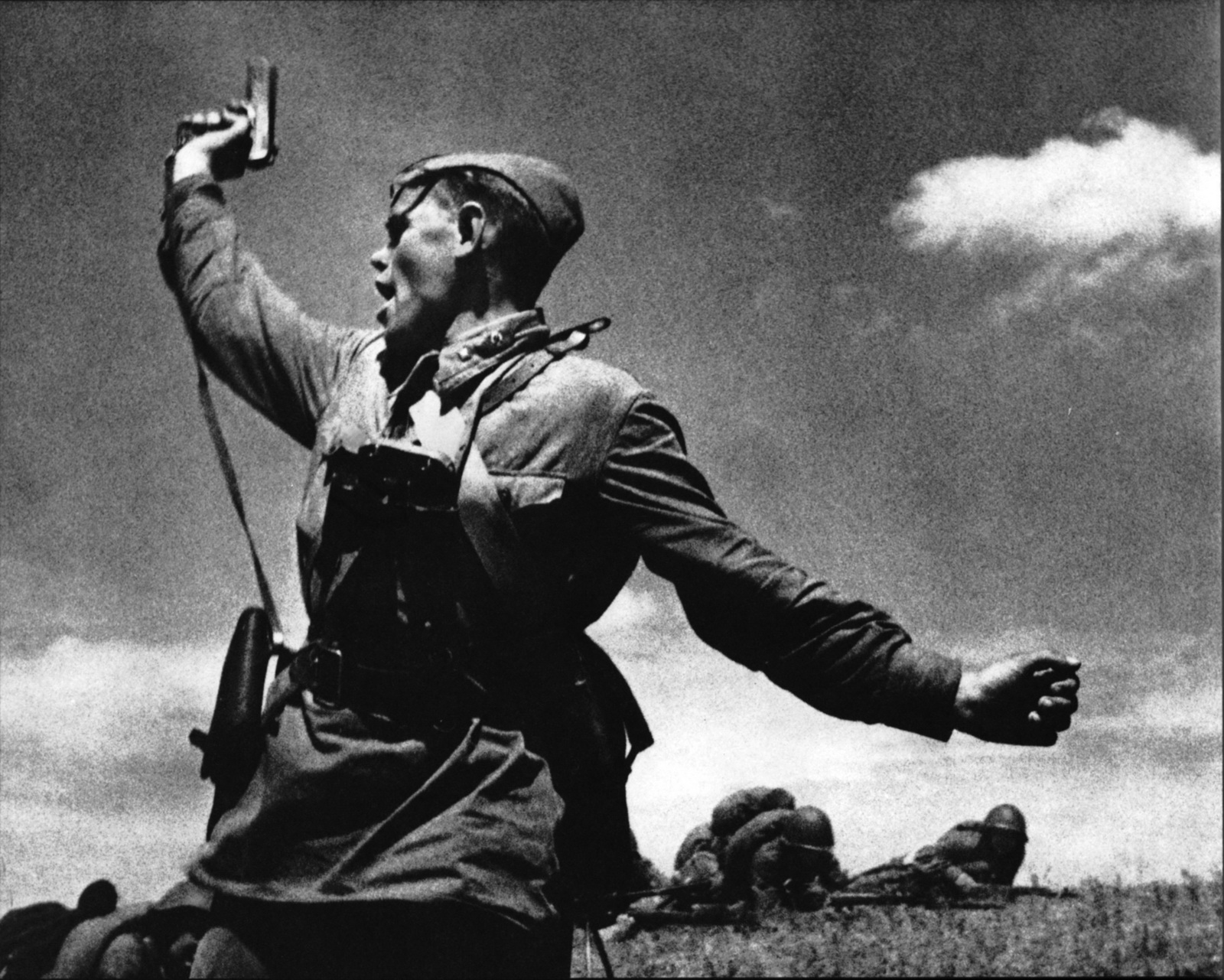 Previous Post: « Empire State Building Window Washer, 1936
Next Post: East German soldiers and West German policemen face each other after a girl made it across the border, 1955 »