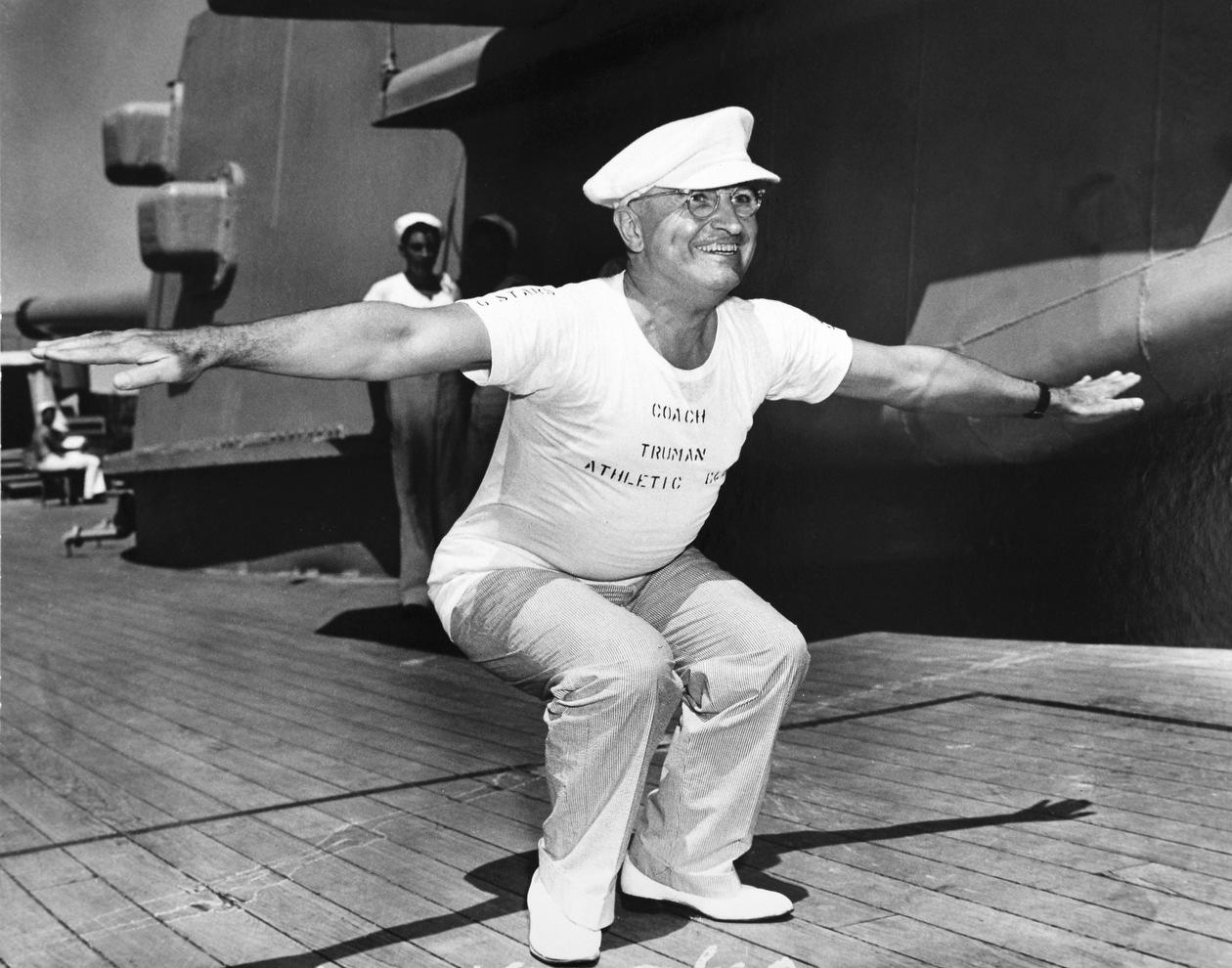 deescankles: Seems like a good candidate for photoshop battle.

DrStickyPete: air Force one is pretty cool, but it has nothing on the USS Missouri

Saynomorefamily: Cool shirt, I like the sleeve print and the font. Some company will copy this.

Larsy12: So weird seeing him (and and recent POTUS really) without a suit, looks just like my neighbour.

joegxc: Just remember, this is the man who ordered the only wartime nukes to be dropped.

justreadmycomment: Pretty funny that most people would have hated Truman if they were around when he was president but defend him now for some reason, he wasn’t a great dude.

pryoslice: Seems like terrible squat form. I bet he had bad knees and/or hips when he got old.

Wunjo26: Truman was a total jackass who should have never made it VP over Wallace. The country and world would have been a much different place had a progressive like Wallace became president after FDR.

krznpsk: this is the carefree smile of a man who massacred 100,000 people in one day

S_ctrnsitgloriamundi: One of the worst humans to ever be president.

Dontlookinhere20: There he is, only president worse than Bush

imikeh: Thanks for the mess you left us with China.

Previous Post: « Jagdpanzer IV/70(A) tank destroyer knocked out in the ruins of Mittelwihr in France – 1945
Next Post: President Eisenhower manning the grill with former President Hoover in Fraser, Colorado. September 2, 1954. »