20 years on, conspiracy theories continue to rage – despite almost all of them being proven decisively wrong On the night of 31 August, 1997, something terrible certainly happened: Princess Diana was killed in a fatal car crash in Paris, and the effects would be felt around the world. But that is where the consensus ends.

For some people, what happened that night wasn’t simply a tragic accident. Instead, it was the result of some kind of conspiracy, conducted secretly by agents of the British state or something else, they claim.

Numerous reports, investigations and experts have all agreed with the official account of events: that Diana had been in a car driven by a man who was drunk, and that failing as well as other institutional ones allowed for the tragedy to happen. But others still believe that something more secretive and intentional happened that night. The conspiracy theories take a number of other forms, but all claim to point to the same fundamental belief: that someone wanted to kill Diana, and they helped orchestrate that night’s fatal crash.

Those conspiracies were so convincing and so widespread – helped by the Daily Express and Egyptian businessman Mohamed al-Fayed – that the Met Police were forced to launch Operation Paget, an inquiry to establish whether there was any truth in the theories. It lasted years, cost millions of pounds – and found that the theories were entirely without foundation, and that all that happened that night was an incredibly unfortunate accident. 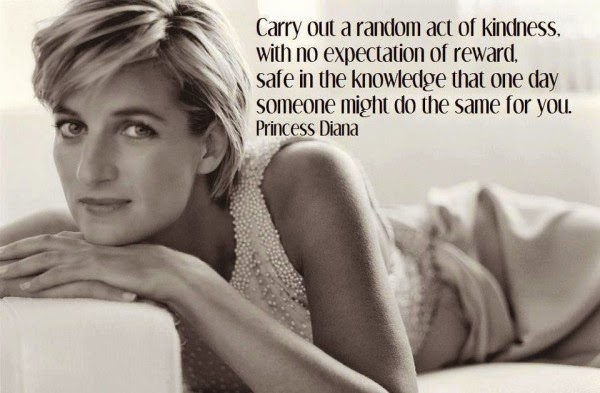 Diana’s death didn’t change the nature of the monarchy
The report examined 175 theories about what happened that night, some of them small and some of them profound. It found that none of them were true,

Still, however, those conspiracies rage. Here are ten of the things that makes people doubt the official story of events – as well as the truth about each of the claims.

This, according to Mohamed al-Fayed, was the reason for the killing. Diana had become pregnant with his son’s child, he said, and that idea was unpalatable to the British state.

Mr Fayed said that the royal family “could not accept that an Egyptian Muslim could eventually be the stepfather of the future King of England”. And so it plotted to kill her off.

Discussion of a potential pregnancy came up even before Diana died. During a holiday in France a few weeks before, some newspapers speculated that she might be pregnant, and that speculation was buoyed up by mysterious comments Diana made about “a big surprise”.

But there was no sign of pregnancy during the post-mortem examination. Further tests on Diana’s blood found there was no sign of pregnancy there, either. And there’s no evidence even that Diana suspected she may be pregnant: numerous close friends and others said that her menstrual cycle was normal, that she was using contraception, and that she hadn’t mentioned even the possibility of being pregnant to her confidantes.

Diana believed she was going to be killed by the establishment

The main motivating factor behind the conspiracies is the belief that Diana herself thought she was going to be killed. And that much, it appears, is true.

Chief among them is a letter that was disclosed by Paul Burrell, Diana’s one time butler, who said he had been given it for safekeeping.

“I am sitting here at my desk today in October, longing for someone to hug me and encourage me to keep strong and hold my head high. This particular phase in my life is the most dangerous. […] is planning ‘an accident’ in my car, brake failure and serious head injury in order to make the path clear for Charles to marry,” it read.

The letter appears eerily prescient. And, indeed, it had history: when Diana wrote the letter, she had experienced problems with her car, had voiced fears about them, and her bodyguard had died in an accident that she believed had been a conspiracy.

Diana clearly had concerns about her safety: that much isn’t a conspiracy theory. But there appears to be no official suggestion that she would actually be killed, even if there was animosity between some members of the royal family and Diana.

The paparazzi made the car crash intentionally

Photographers were blamed repeatedly – and continue to be – for Diana’s death. The story caught on in part because it reflected a concern that had pursued Diana throughout her life: that the often prurient interest in her was causing her harm.

This theory has three specific forms. The first alleges that the group of paparazzi chased and pushed Diana’s Mercedes so that it could make the crash happen. The second argues that members of the paparazzi encouraged an environment where a crash could happen. The third suggests that the paparazzi accidentally created a situation that the conspirators exploited to kill the people in the car.

The official investigation pointed out that the paparazzi aren’t really a meaningful group: though they do the same job, they generally compete with each other for the best photo. Many of them work for different companies and do entirely different jobs, with some working as professional photojournalists.

Official investigations have found that the Mercedes car that Diana was in does seem to have driven quickly in part to escape the photographers. But Operation Paget found that was the result of normal behaviour by the paparazzi, and that they hadn’t been participating in any criminal conspiracy.

Driver Henri Paul intentionally caused the crash
Henri Paul was the head of security at the Ritz Hotel in Paris. But conspiracy theorists believe that he was in the pay of at least one other organisation: the security services in France or the UK, or both.

People who doubt the official course of events say that its central claim about Mr Paul being drunk at the time of the crash was not only false, but was a lie spread in the media to cover up the killing. And that was done in part by swapping his body with another person, so that the toxicological results would appear correct.

There are a number of reasons people believe this. Mr Paul did not seem to behave like he was drunk earlier on in the night, for instance. And beliefs about him being in the pay of security services come from the fact that he appeared to have more money than would be expected, and that some security offices have suggested they might have had a French source inside the hotel.

But there’s no evidence to suggest that either of those things contributed to the crash in any way other than the official account. Numerous tests showed that Mr Paul’s blood had alcohol in it – though there were mistakes made with the tests – and repeated checks of those have certified that Mr Paul had indeed been drinking.

There was something wrong with the Mercedes that Diana was travelling in
There is perhaps nothing more central to the conspiracy than the car that carried Diana, and which would eventually kill her. Conspiracy theorists claim that its route was blocked, that it was driving at an unusual speed, or that something had been tampered with in the car.

Everything about the car appeared to be in order. People reported seeing different speeds – and the car was certainly driving fast that night – but there was nothing unusual about the way it was driving.

But a large part of the confusion here appears to emerge from the fact that it is simply too difficult to estimate speed. Witnesses who reported different things probably weren’t wrong – but it’s very difficult to tell how fast something is going when you’re outside of it, especially if you don’t have anything to compare it to.

Bright flashes and strange vehicles were on the road
Numerous people reported seeing flashes as the car head into the tunnel where it would crash – flashes that were blamed for the crash itself. But the problem was that many people reported different flashes, at different times, from different places.

There were a lot of flashes that night: the photographers following the car, and the light of the headlights of the vehicles. But none of them appear to have been malicious, or part of a conspiracy.

Diana’s medical care was deliberately sabotaged
Conspiracy theorists believe that doctors allowed Diana to die, on purpose. By not treating her in the proper way, they stopped her from recovering.

Most of this revolves around her treatment at the scene of the crash. If she had instead been taken to the nearest hospital and treated there, she may have survived, they say.

Part of the belief in this theory comes from the fact that the French approach to emergency care is simply different from the UK. In France, emergency crews focus on giving treatment at the scene before moving a person to hospital; in the UK, it’s about getting to the hospital sooner.

As the writers of the Operation Paget report note, such a conspiracy would require a substantial number of expert doctors and other caregivers to both break their ethics and then lie about doing so. That didn’t happen, they conclude.

It’s impossible to say whether or not there would have been more success if Diana was taken to hospital. But either way, doctors have said that it was almost impossible for her ever to survive her injuries.

Diana’s bodyguard was killed off
Conspiracy theories around Diana circulated even when she was alive – and, indeed, the Princess appeared to believe them. In 2004, US news channel NBC aired video showing Diana talking about an affair with Barry Mannakee, a former bodyguard who she described as “the greatest love I’ve ever had”.

“[But] it was all found out and he was chucked out [of royal protection]. Then he was killed. I think he was bumped off,” she said in the tapes.

Conspiracy theorists took up that claim and suggested there was a mysterious driver who had apparently helped orchestrate the car crash that Mr Mannakee died in. He had been riding as a pillion passenger on a motorbike – that bike crashed into another car that was coming out of a junction, intentionally, according to some.

Cons rumbled on, and became a part of the same set of beliefs that animate theories about what really happened to Diana.

But The Independent found after an investigation published weeks ago that the truth was just as tragic, but entirely accidental. The driver of the car had actually stopped immediately and then agreed to help out with the investigation, including giving a statement to Operation Paget. 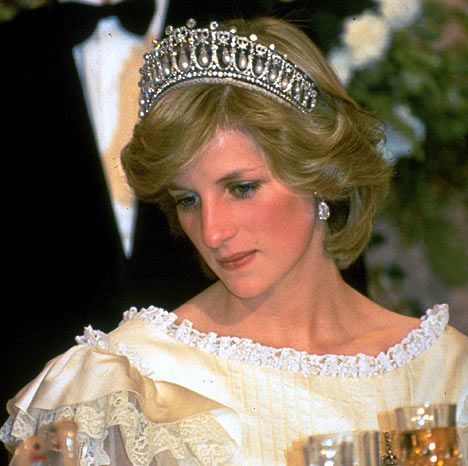 Apryggen: Drunken driver doesn’t sound right. A driver for the royal family who drinks on the job?

infatuatedwithfilth: Reason number 9: She was due to advocate for Palestine.

« Totteham Hotspur take on Manchester United, 11th November 1963: game postponed because the players lost each other in the fog
Japanese college students during their relocation to a internment camp. Sacramento, California 1942 »