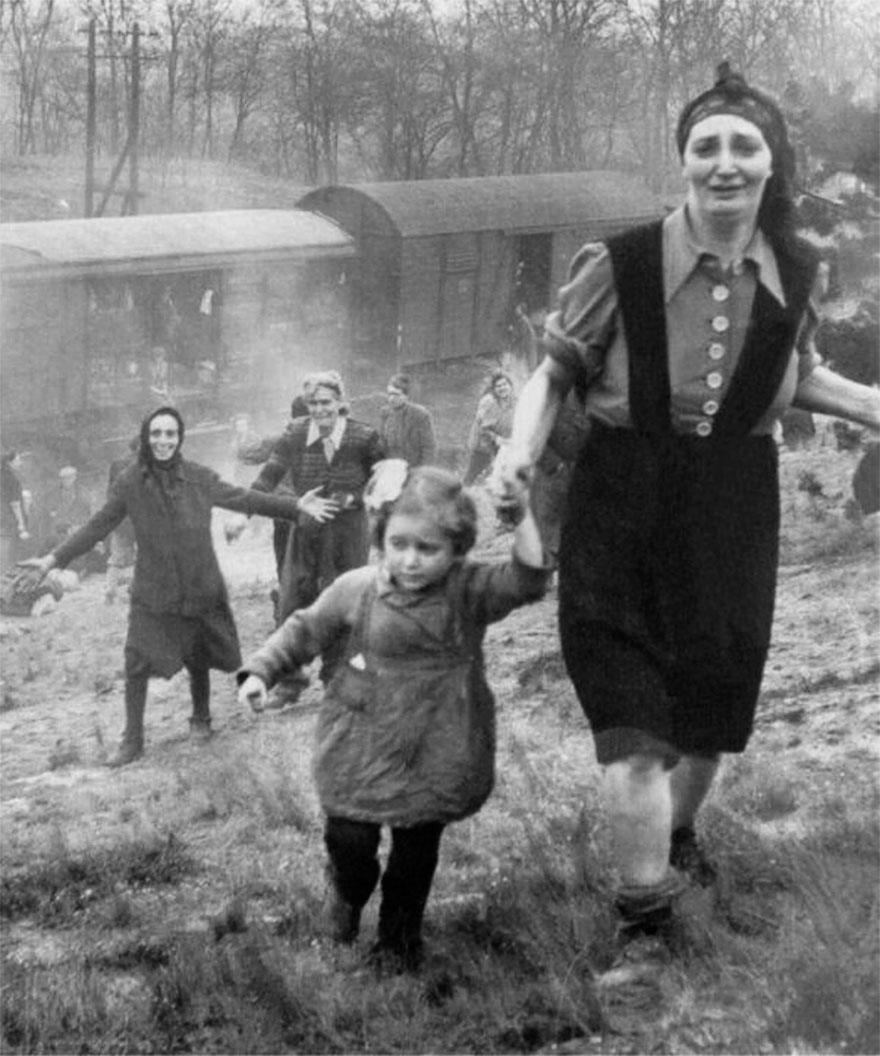 “As war came to an end, Nazis made attempts to evacuate concentration camps before Allied troops arrived. Three trains were sent from Bergen-Belsen on April 10, 1945 with the purpose to move eastward from the Camp, to the Elbe River, where they were informed that it would not be advisable to proceed further because of the rapidly advancing Russian Army. The train then reversed direction and proceeded to Farsleben, where they were then told that they were heading into the advancing American Army.

Consequently, the train halted at Farsleben and was awaiting further orders as to where to go next. The engineers had then received their orders, to drive the train to, and onto the bridge over the Elbe River, and either blow it up, or just drive it off the end of the damaged bridge, with all of the cars of the train crashing into the river, and killing or drowning all of the occupants. The engineers were having some second thoughts about this action, as they too would be hurtling themselves to death also this is the point at which they were discovered, just shortly after the leading elements of the 743rd Tank Battalion arrived on the scene”

Previous Post: « US Navy sailors climb up a fire escape to cut down the Nazi flag hanging from the German consulate. San Francisco, January 1941
Next Post: Canadian soldier celebrates the end of WWII with a Dutch girl in the Netherlands, 1945 »