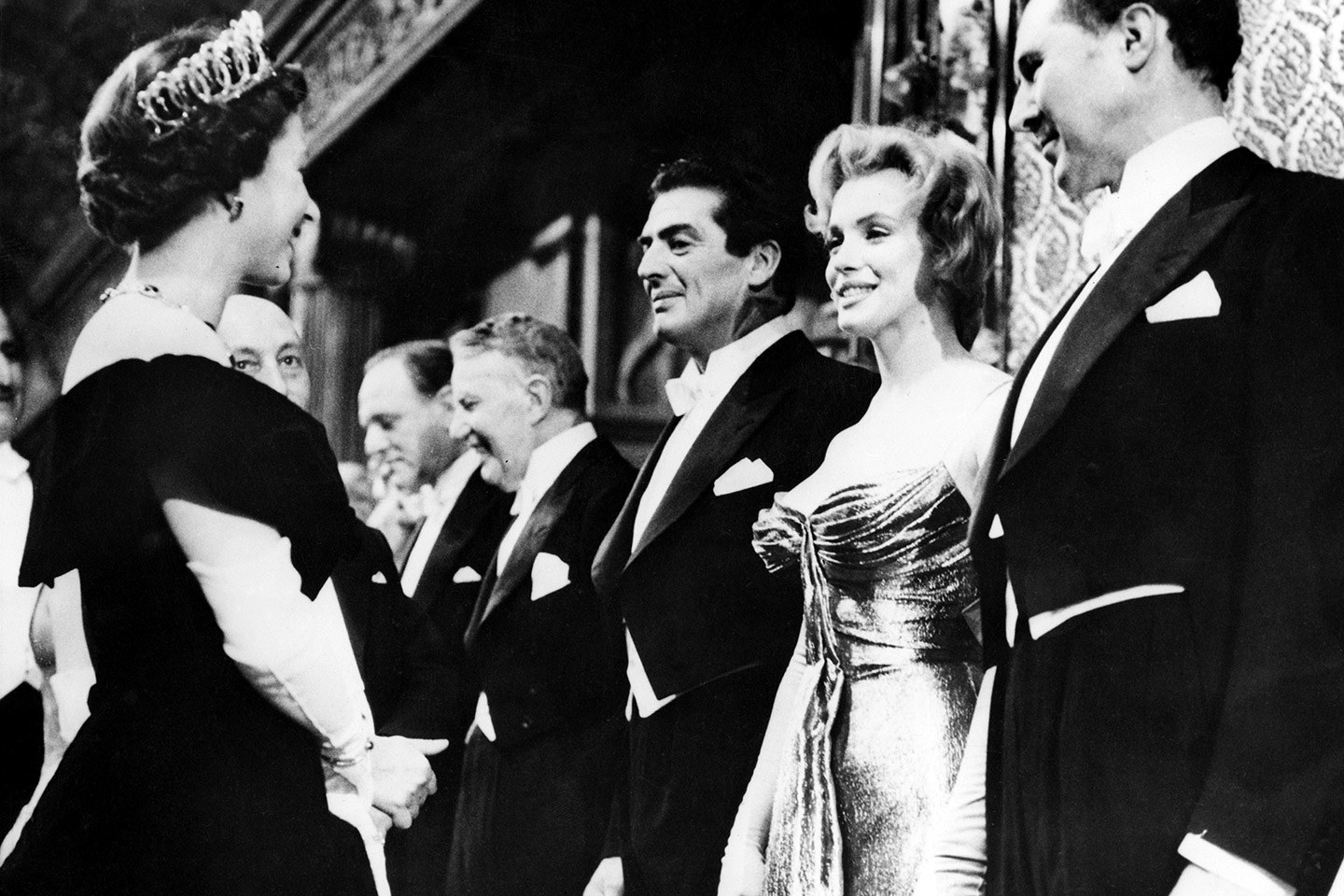 TeamBadInfluence1: Holy crap, learning that they were the same age puts things in a new time perspective.

theartfulcodger: That’s *definitely* Victor Mature to Monroe’s right, and *possibly* Anthony Quayle, one of the picture’s stars, to Monroe’s left.

The pic was also released as *Pursuit of the Graf Spee*. It’s not very good, by contemporary standards – largely because both of its director-writers might be kindly described as “tradesmen” whose filmographies make up in quantity what they lack in quality.

It was shot just 10 years after the war’s end; the UK was deeply mired in postwar economic depression, and the studio thought reliving one of their wartime success stories might raise Britons’ spirits enough to sell a few tickets.

But it did have a high-powered, ensemble cast of accomplished British actors, including: Quayle, Patrick Macnee, Peter Finch, Christopher Lee, Anthony Newley, Jack Gwillim, and Bernard Lee, aka “M”. Several of the cast actually saw action in the Royal Navy.

Previous Post: « JFK & Bill Clinton greeting at the White House, in 1963.
Next Post: U. S. Navy P2Y-1s of Patrol Squadron (VP) 10F arrive over Hawaii after completing their flight from San Francisco. January 1934. »