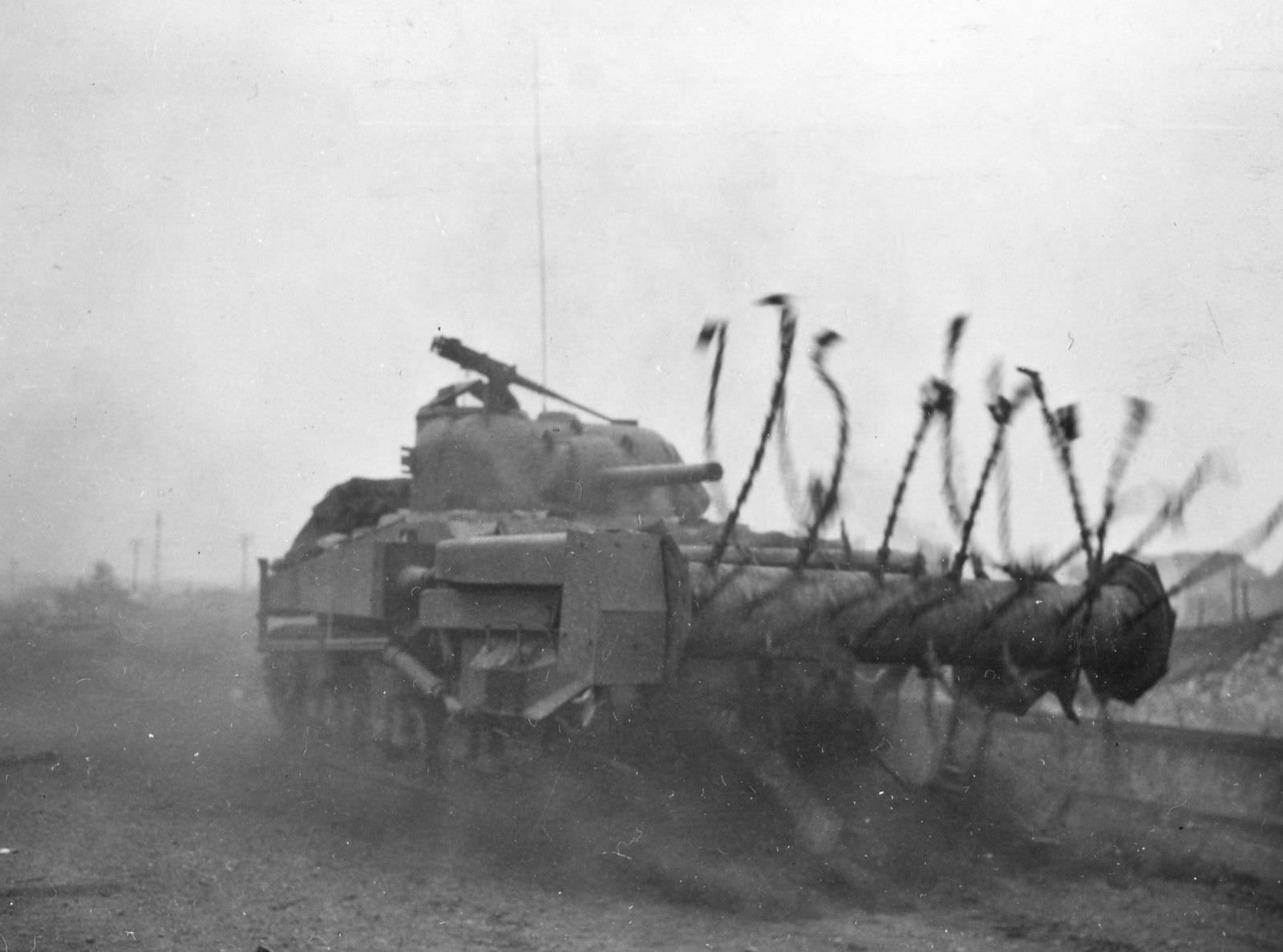 Sproeier: How effective were these things compared to traditional minesweepers?

CNNsPrimarySource: Part of me wants to hear what that sounds like, the other part likes being able to hear.

CybergothiChe: >A mine flail is a vehicle-mounted device that makes a safe path through a mine-field by deliberately detonating land mines in front of the vehicle that carries it. They were first used by the British during World War II.

>The mine flail consists of a number of heavy chains ending in fist-sized steel balls (flails) that are attached to a horizontal, rapidly rotating rotor mounted on two arms in front of the vehicle. The rotor’s rotation makes the flails spin wildly and violently pound the ground. The force of a flail strike above a buried mine mimics the weight of a person or vehicle and causes the mine to detonate, but in a safe manner that does little damage to the flails or the vehicle.

shockhead: Can you imagine how fast you would be able to run if this thing came at you?

repete66219: What a nerve-racking job. You know you’re safe inside, but still…dumdeedumdeeBOOM!