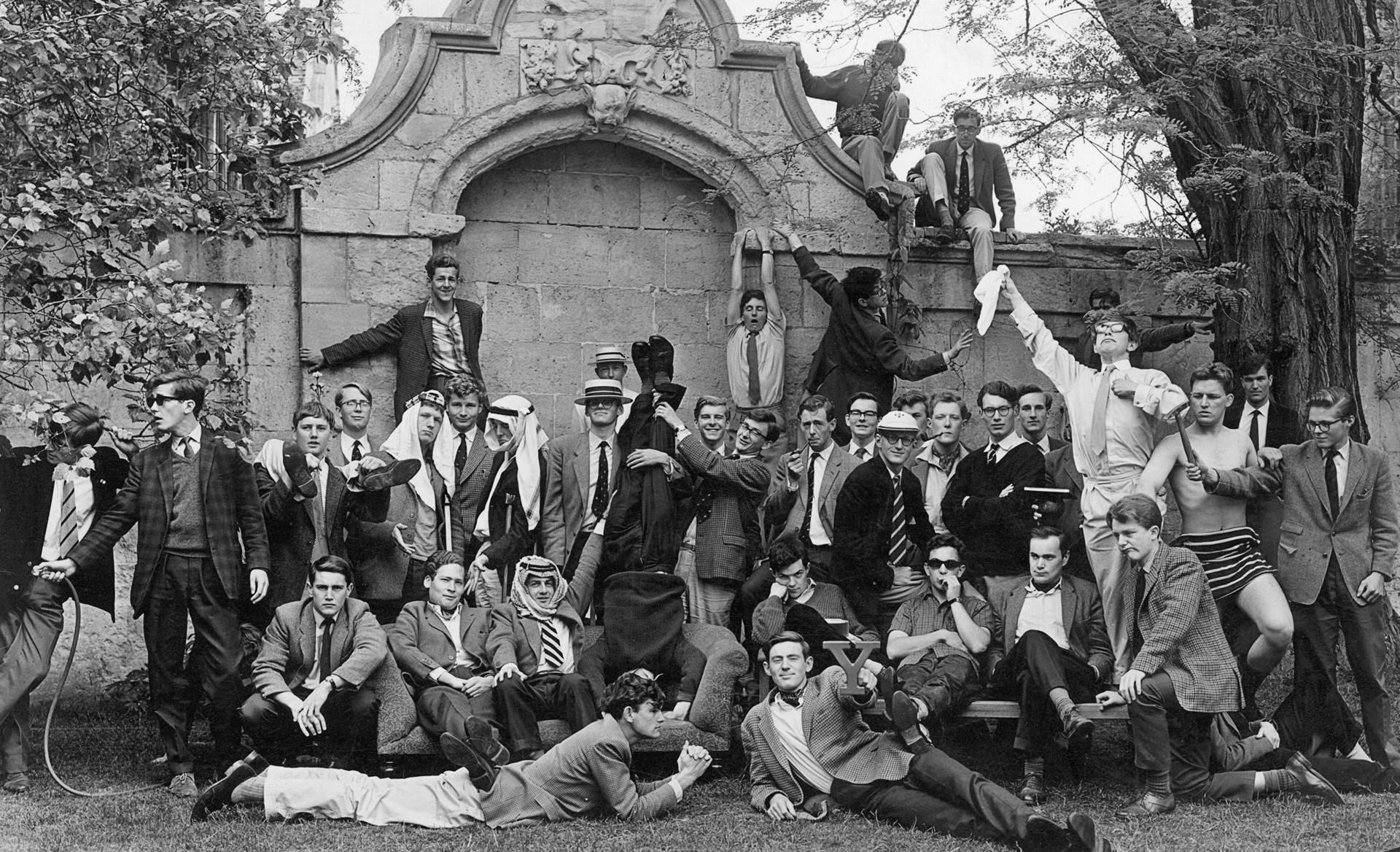 Just_an_ordinary_man: You can tell Lawrence of Arabia had come out that year.

Hoobleton: This is the University College, Oxford Boat Club, not the club of the entire university.

The photograph was taken in the college’s second quad, known as the Radcliffe or “Rad” Quad.

Nazi_Marxist: Can we go back to this style please?

Lemon_Kiss: And the dude next to him is damn near naked.

MobiusF117: I can see why the cast Eddy Redmane to play him in a Theory of Everything.

yyzunderdog: Amazing photo. It would be really cool to see the same spot today.

ahumblepastry: They look like more fun than a barrel of monkeys.

methamp: This is the most British photo I’ve ever seen on reddit.

roughtimes: This photo looks like it inspired Animal house, everyone in this photo is a character, from the harry potter type dude witt the wand, to the cool dude with the shades.

TheBrighterSkies: Stephen looks so nerdy in this picture, lol.

Previous Post: « Central Park during the great depression, those shacks were called Hooverville after the president
Next Post: Captured German Officers After The Battle of Berlin, May 1945 »