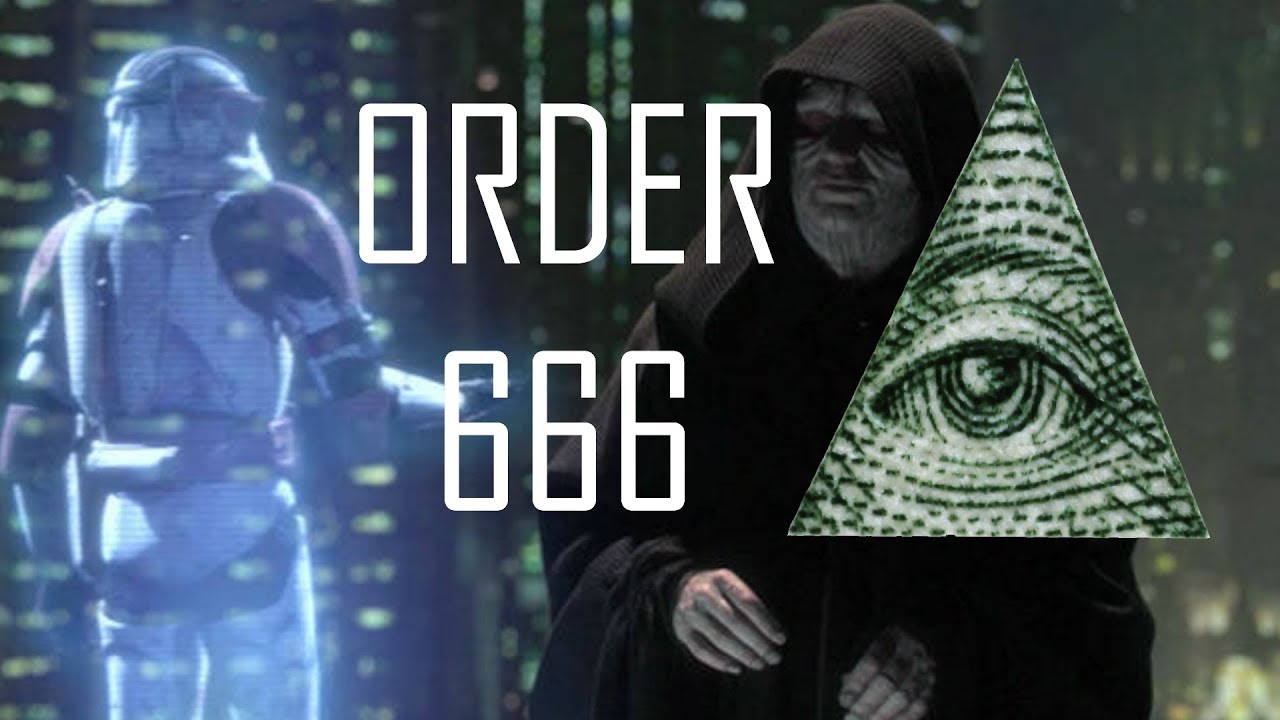 Was the recent 666 point drop in the stock market last week a warning to president?

The global elite strike back at POTUS

Conservative radio host Michael Savage surmised the globalists were behind the market shakeups because the FISA memo story is gaining steam and they need to hurt Trump where he’s strongest: the economy.

“The establishment, meaning the ‘Deep State,’ call it whatever you want, went into overdrive to destroy Trump, or try to destroy him, where he is strongest, because they couldn’t get him where they thought he was weakest,” Savage said Monday.

“So they are taking the market down. They are trying to hurt you. They are the enemies of the average American. Make no mistake about it, they are going for you! These people are so evil and so power-drunk that they’d burn the nation to the ground rather than let Donald Trump live another day in office.”

Economist Peter Schiff said the Federal Reserve may be attempting to destroy the “Trump effect” that’s been rallying the stock market for the last year.

“Maybe the Fed would be happy to see a bear market that could be blamed on Trump,” Shiff said in an interview with The Street.

“We’ve had a huge move up since the election of Trump even though prior to the election the expectation was if Trump won it [would be a disaster for markets].”

Are the globalists playing their last hand out of desperation?

Intelligence insider known as QAnon recently posted on 8chan suggesting the globalists’ next move was to rattle the stock market to send a signal to Trump they are still in control.

“[666]. Signal to POTUS they control the market? Signal? Threat? Welcome to the global war.”

Interestingly, QAnon also points out the Rothschild banking family has been selling off their properties and investment holdings like Apache Co. at about the same time as the recent market volatility.

“This type of transaction happens once in a century in a family like the Rothschilds,” Austrian real estate broker Klaus Bischof told Bloomberg last week.

The so-called “Nunes Memo” currently rocking Washington is ripping back the curtain of Deep State secrecy and the establishment has gone into overdrive trying to discredit it.

Despite the corporate media’s best attempts to distract and disinform, the revelations from the memo are only getting more traction.

Is the stock market plunge an attempt by the globalists to get off the subject of the memo and DoJ/FBI corruption?

During the photo-op at Davos, Switzerland, where the world’s financial elite were meeting to thrash out plans for the future, President Trump couldn’t help letting slip his real feelings about billionaire George Soros. 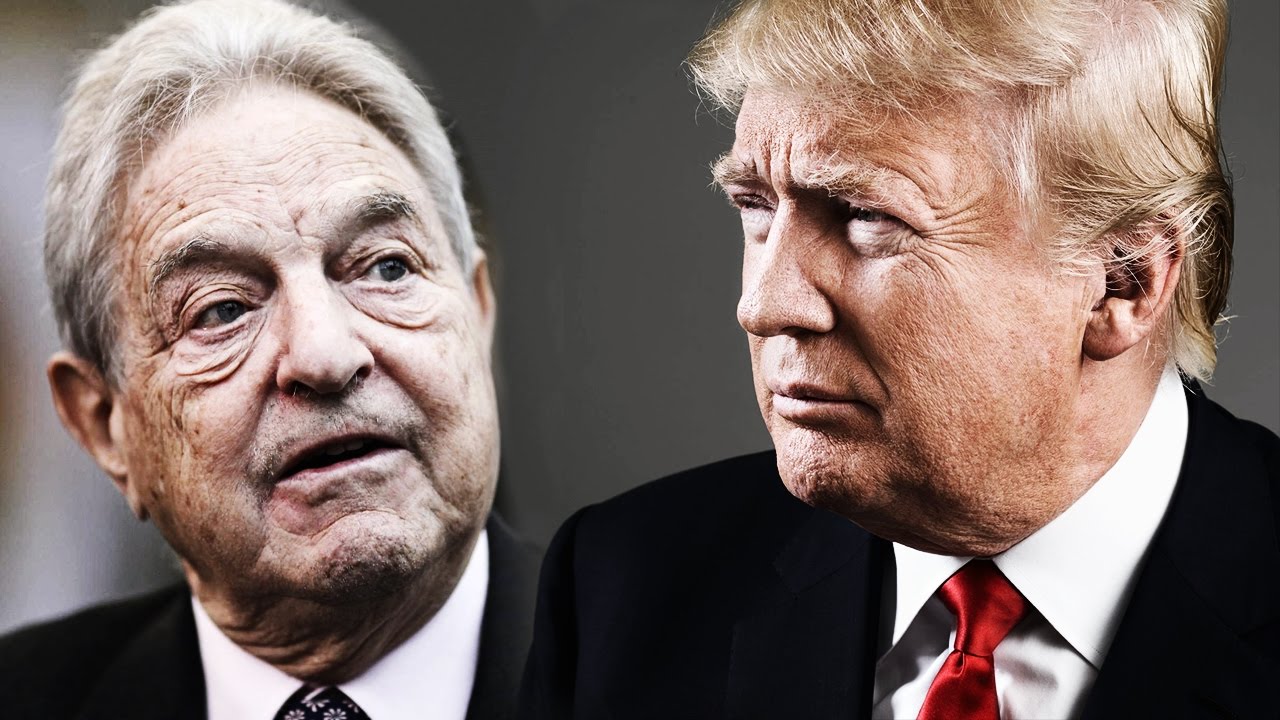 A female reporter with a German accent asked President Trump, who had just taken his seat, “Why are you smiling so broadly, like the cat that got the cream?“

Before President Trump could answer, U.S. Secretary of Homeland Security Kirstjen Nielsen, seated on the far left in the photo, said, “He is smiling because he just told George Soros to go to hell.”

Mainstream media from around the world reported on George Soros’ speech at Davos, which he dedicated entirely to criticizing President Trump. Attempting to convince the world that Trump’s presidency is “a danger to the world.“

George Soros says the Trump administration is a “danger to the world” https://t.co/27DgMD3HX7 pic.twitter.com/h5zqn3xC6B

But Soros’s speech didn’t go down well at Davos. Expecting the audience to be on his side, Soros was dismayed when he was ignored and President Trump received something close to a hero’s welcome, according to the New York Post. Even the Washington Post was unable to spin the event into a negative Trump story, admitting that the president managed to “win” at Davos.

And the reason is simple: It’s hard to argue with success.

Sustained economic growth (a much improved 2.6 percent GDP for the fourth quarter — and that’s before the epic tax cuts kick in), signs of higher wage growth (many companies are now handing out bonus checks to workers for the first time since 2007) and a roaring stock market (with the Dow heading close to 30,000) are cold, hard facts that cannot be argued with.

Even people who claim to despise Trump are finding a silver lining in the orange-tinted cloud.

This is all bad news for Soros, the octogenarian billionaire who recently pumped $18 billion into leftist causes around the world. While much of the money Soros spends through his Open Society Foundation has gone to destabilizing democracy in Eastern Europe and more recently to crashing economies and devastating developing nations around the globe, he has now shifted his focus, he said, and will spend much of his money taking on President Trump directly in America.

Was Soros surprised by the muted response to his speech at Davos?

The fact Soros attempted to gain a coveted one-on-one meeting with Trump after delivering such a negative speech should come as no surprise. This is the man who claims he is a God, and that “normal rules do not apply” to him.

President Trump’s sharp words to George Soros were all that he deserved.

In contrast to Soros’s dismal speech, Trump’s speech went down a storm. Informing the audience that Washington “will no longer turn a blind eye” to predatory trade policies of other countries, he also made a point to note, “America first does not mean America alone. When the United States grows, so does the world.”

Besides George Soros, who could possibly argue with that?

Similarly, the Globalist Deep State has never been kind to Trump all along …

George Soros: Donald Trump is a ‘Grave Danger’ to the ‘New World Order’

Billionaire philanthropist George Soros has warned that President Donald Trump poses a “grave danger to the New World Order” during a dinner at the World Economic Forum in Davos.

Soros told guests that he believes Trump to be creating a ‘mafia state’ in the US that threatens the Deep State institutions that run the country.

I consider the Trump administration a danger to the world,” the billionaire said.

“But I regard it as a purely temporary phenomenon that will disappear in 2020, or even sooner,” Soros said, predicting a Democratic ‘landslide’ in the 2018 elections.

Daily Mail reports: ‘I give President Trump credit for motivating his core supporters brilliantly, but for every core supporter he has created a greater number of core opponents who are.

The businessman-turned philanthropist has been a consistent critic of Trump who is also in Davos, the first US president to attend since Bill Clinton in 2000.

Trump found a softer way to package his ‘America First’ agenda he strode through the conference center on his first day in Davos, calling for prosperity and ‘great peace’.

‘And I think that really is the message,’ Trump told pool reporters who trailed him at each scheduled meeting at the gathering of bigwigs in the snowy Alpine town.

Trump also renewed his public pitch for investors to pour money into the US.

A lot of people are coming back to the US. ‘We are seeing tremendous investment,’ he said. ‘And today’s been a very exciting day, very great day and great for our country,’ the president said.

Can we therefore conclude the Stock Market Plunge is part of “Globalist Deep State Plot” to destroy Trump?

Previous Post: « “The most dangerous risk of all – the risk of spending your life not doing what you want on the bet you can buy yourself the freedom to do it later.” Randy Komisar
Next Post: Russophobia – US-Russia Relations in “Most Dangerous Moment” »