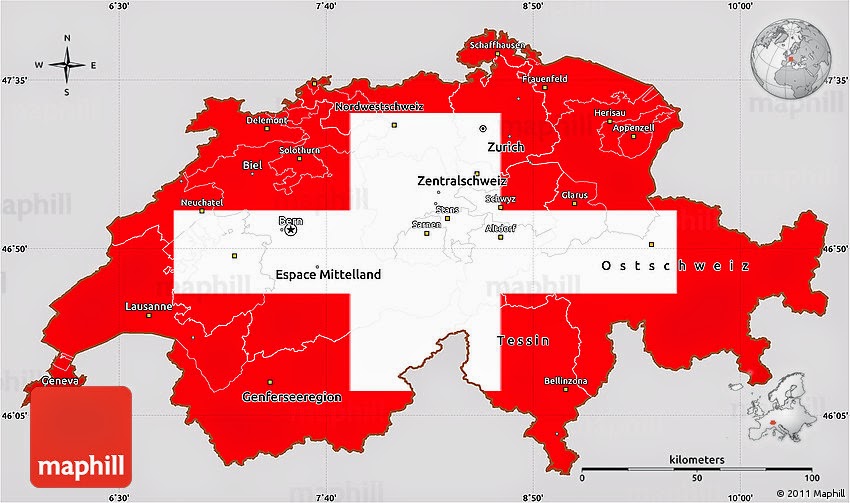 commiespaceinvader: So, the “500 years of Swiss neutrality” has been disputed as a historical myth invented in the 19th century, a sort of “invented tradition”.

In his 1983 essay volume edited together with Terence Ranger, Eric Hobsbawm describes that a lot of traditions we today associate with being old, handed down for generations etc. are invented, mostly in the service of nationalism in the 19th century and only claim to be much older than that. As they remark, “modern nations and all their impedimenta generally claim to be the opposite of novel, namely rooted in remotest antiquity, and the opposite of constructed, namely human communities so ‘natural’ as to require no definition other than self-assertion.” and that also applies to many a symbol or practice associated with that new nation and national sentiment. From supposedly ancient Scottish clan tartans that were introduced in the 19th century to the martial arts of Japan, the nationalist movement lies at the base for a lot of these supposedly ancient traditions and symbols.

This also applies to the idea of Swiss neutrality since the 16th century since that narrative was created in the 19th century under specific historical circumstances to which I’ll get in a minute.

To start off with the traditional narrative: It is generally held that the old Swiss Confederacy (Eidgenossenschaft) adopted neutrality after the battle of Marignano in Lombardy when Swiss mercenaries fought against France in the battle for rule over Northern Italy and suffered a terrible defeat where the Swiss mercenaries suffered between 8000 and 10000 casualties. The exact politics behind the battle are complicated and not exactly my expertise but what is important is that the troops of the Swiss confederacy fought against the French who desired control over Northern Italy. The battle had far reaching consequences: It ended all expansionist politics of the old Swiss Confederacy, showed that mercenaries were not the best way to fight wars anymore and forced the Confederacy to sign a peace treaty with France that put the Swiss Confederacy under the cultural and political influence of France. Within the Confederacy it ended a period of communal foreign policy that had been difficult to maintain even beforehand, mainly because of the religious split of the various cantons.

When Marignano is cited today the prevailing narrative behind it is that the defeat was so terrible that from it grew the policy of Swiss Neutrality that was maintained basically until up to today. But that narrative has actually little basis. The way it came about shows the intentions behind it:

Modern Swiss Neutrality has its origins in the Vienna Congress of 1815 when the European powers after having defeated Napoleon agreed that it was sensible to have a neutral Switzerland in their midst. France and Austria originally planned for Switzerland to become a satellite state while Prussia wanted to integrate it in the German Bund. Because there were so many plans and so many competing interests, these powers ultimately agreed for Switzerland to remain neutral and thus the modern legal concept of state neutrality was born.

As most of the people familiar with Switzerland know, it is a rather hands off state and was especially so during the 19th century. In the latter half of that century, it also became a safe haven for people forced to flee other European countries because of their political views (probably the most famous example being Lenin). Now when Bismarck in Germany passed his famous “Socialist Laws”. which outlawed socialist, communist and social democratic political activity, many German socialists and communists fled to Switzerland in order to escape persecution.

Because Switzerland did not invest too much in police observing these socialists as well as other left-wingers from Russia and France, various European powers started to send spies in order to keep tabs on the various left-wing politicians and activists. One of these spies, a German named August Wohlgemuth was arrested in the Canton Aargau in 1889 and charged with espionage. This lead to an open political conflict with Bismarck. He demanded the release of Wohlgemuth and rallied his allies behind him. Germany, Russia, and Austria send diplomatic notes to Bern threatening to nullify the statue of Swiss neutrality from 1815 should Switzerland refuse to keep tabs on the political exiles in accordance with their demands. The gist was: Neutrality was a gift from the European powers and as such it could rescinded whenever they wished.

This did not go down well in Switzerland. Enter Paul Schweizer, state archivist of Zürich and historian. Publishing a nine part series in the Neue Zürcher Zeitung (NZZ) in 1889 – which would later become the core of his monumental monography on the subject of Swiss neutraltiy – he started out to oppose the idea that Swiss neutrality was something bestowed upon the Swiss by the European powers but rather something that had a massive deal of history behind it. Because he had virtually no legal argument at his hands, he advanced a historical one that was build upon the idea of imbuing Swiss neutrality with legitimacy independent of the European powers because of its long and storied (and in many ways not really well-founded) history. As Andreas Suter argued, the idea that Switzerland in the early modern period was a neutral country was “at its core a response to a monumental foreign policy crisis and a threat by the European powers”.

Following Schweizer’s publication and his monograph, the idea of Marignano being the origin of Swiss neutrality that had since been strictly maintained took hold and until this day plays a central role in Swiss political discourse.

However, historiography has long contested the myth of Marignano and neutrality. Emil Usteri in his book *Marignano. Die Schicksalsjahre 1515/1516 im Blickfeld der historischen Quellen.* was the first one to call the narrative into question by re-examining the historical sources following the battle and finding no evidence of a decision to become neutral. In recent years Andreas Suter, Swiss historian at the German university of Bielefeld, has published a lot concerning this question providing further prove that the idea of 500 years of Swiss neutrality is an invented tradition of the late 19th century.

Pawn_in_game_of_life: Is the rise in Switzerland of involvement linked with the decline of the Italian banking clan’s and being the money lender more profitable than actually supplying the troops in the first place?

The Italian states backs by the guilds, churches, banking families surely spent so much money internationally waging war on each other including hiring swiss troops it must at some point dawned o the Swiss that bank rolling these things was more profitable than actually taking part

« “If You Cannot Do Great Things, Do Small Things In A Great Way!” Napoleon Hill
“Happiness in intelligent people is the rarest thing I know.” Ernest Hemingway »