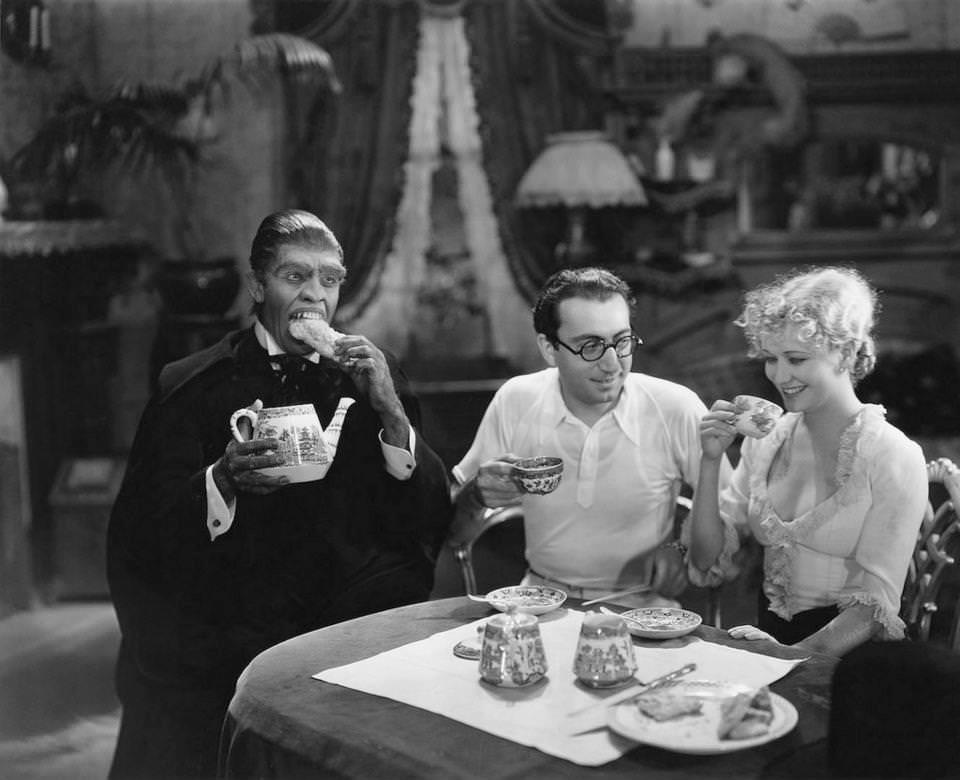 Dr. Jekyll and Mr. Hyde is a 1931 American pre-Code horror film, directed by Rouben Mamoulian and starring Fredric March, who plays a possessed doctor who tests his new formula that can unleash people’s inner demons. The film is an adaptation of The Strange Case of Dr Jekyll and Mr Hyde, the 1886 Robert Louis Stevenson tale of a man who takes a potion which turns him from a mild-mannered man of science into a homicidal maniac. March’s performance has been much lauded, and earned him his first Academy Award…. Wikipedia