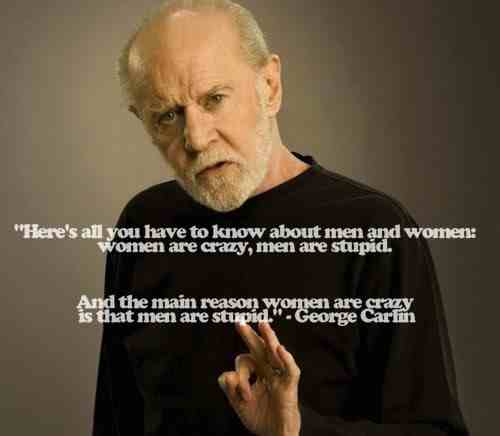 Think of how stupid the average person is, and realize half of them are stupider than that.
Don’t sweat the petty things and don’t pet the sweaty things.
Have you ever noticed that anybody driving slower than you is an idiot, and anyone going faster than you is a maniac?

Previous Post: « My grandmother has tons of official letters from the civil war, and here is one of my great great great uncles death in 1862 from a battle wound.
Next Post: “I know what this is. It’s just myself, talking to myself, about myself.” Thomas Shelby »