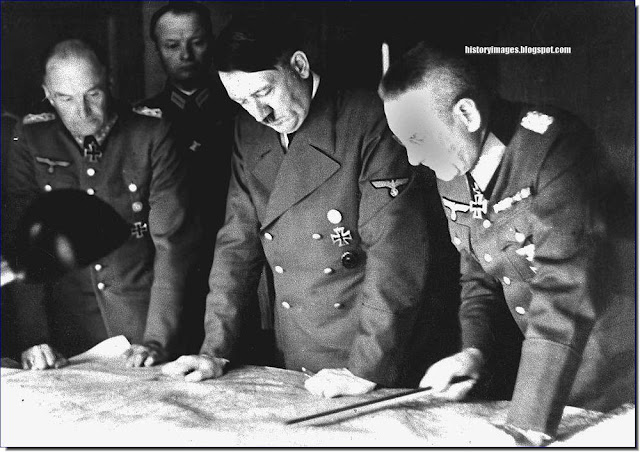 One source says Hitler had wanted to invade as early as 1924, even a conservative estimate has to be at least 5 or 6 years of pre-planning. And, though initial successful winter, bad roads (or no roads,) break-down of equipment are some of the major excuses as to why the invasion ultimately failed. Yet, I can find no book on the subject of German planning, solutions to.

18The invasion was not planned decades in advance, the order to begin planning and preparation was given in the second half of 1940. In December, that plan was deemed to be insufficient, and Hitler issued [Fuhrer Directive 21](https://en.wikisource.org/wiki/F%C3%BChrer_Directive_21) calling for a new plan.

Certain aspects of your question have been asked before, especially the one about winter clothing. But in general I think the thrust of your question is a bit off. The Germans were unprepared for a long campaign not because they were unaware of Russian weather, or the quality of Russian infrastructure, they were unprepared for a long campaign because they did not plan to fight one. The largest variable that was underestimated was not the weather or infrastructure of equipment, it was the ability of the Red Army to absorb massive shocks and the loss of enormous formations and still be able to continue fighting and regenerating it’s strength.

Illius_Willius: This might be an insufficient answer but I’m currently away from the book so I’ll try my best to recite the key points off memory.

In Robert Forczyk’s *Tank Warfare on the Eastern Front 1941-42*, one of the most crippling aspects of Barbarossa was due to the underestimation of the resources required to cross terrain.

Russia was far less developed than west Europe and had far fewer roads, often in worse condition than say France or Belgium. Due to this, the German standard for the amount of fuel, one V.S., to theoretically be enough for an armored group to cross about 100km, was closer to getting them only 70km.

Consistently after the first initial weeks of Barbarossa, mechanized divisions constantly fell 30km short of their destination and had to wait for resupply.

Further more on top of the paved road debacle, since infantry divisions were far less mechanized than many believe (closer to only 34% of the Wehrmacht was mechanized at the start of Barbarossa but I’m not 100% sure in that figure), and because of that as well, mechanized divisions out ran their own infantry support, and the few mechanized infantry divisions ALSO consumed more fuel than expected per distance.

On top of this, German pre-War designs were designed for west European terrain. Relatively hard ground, paved roads, open fields, things where a fast tank suited to blitzkrieg is more effective. In Russia where the ground is much softer, swamps, thick mud, and rain are far more common, early German tanks performed remarkably poorly as many of them only had 250-300mm width tracks (about 12-14” tracks) where the T-34 had 510mm tracks (20” wide tracks). This difference was what prevented T-34’s from sinking it to mud that sometimes bogged down entire armored columns for close to a day.

It’s designs like this where German equipment was designed for a war in a far different terrain that was continuously underestimated in the planning for Barbarossa.

Coming down to weather, when winter rolled around that Russia is so famous for, this caused a ton of issues in supply lines. Tanks, trucks, and halftracks all became so cold that many of them were rendered inoperable with frozen lines bursting in the engine or transmission, or pistons just freezing to cylinder walls. And because of this not only did parts get damaged and destroyed at a higher rate than what normal combat caused, they also consumed more fuel. When in static positions, Germans often attempted to leave their vehicles running on idle to keep the engine warm and prevent it from seizing. Obviously running in idle throughout the night is less than ideal for supplies. Thick snow and cold mud still plagued German supply lines throughout the winter as well as German supply trucks were simply not capable of the conditions that winter Russia pushed on them.

Tl;dr, a LOT of underestimating

Previous Post: « Why do presidents have the power to pardon? What were the founding fathers arguments for giving this power vs not?
Next Post: “It’s not enough that men are watched, even when they are not.” Sir Francis Walsingham (c. 1532 – 6 April 1590) »