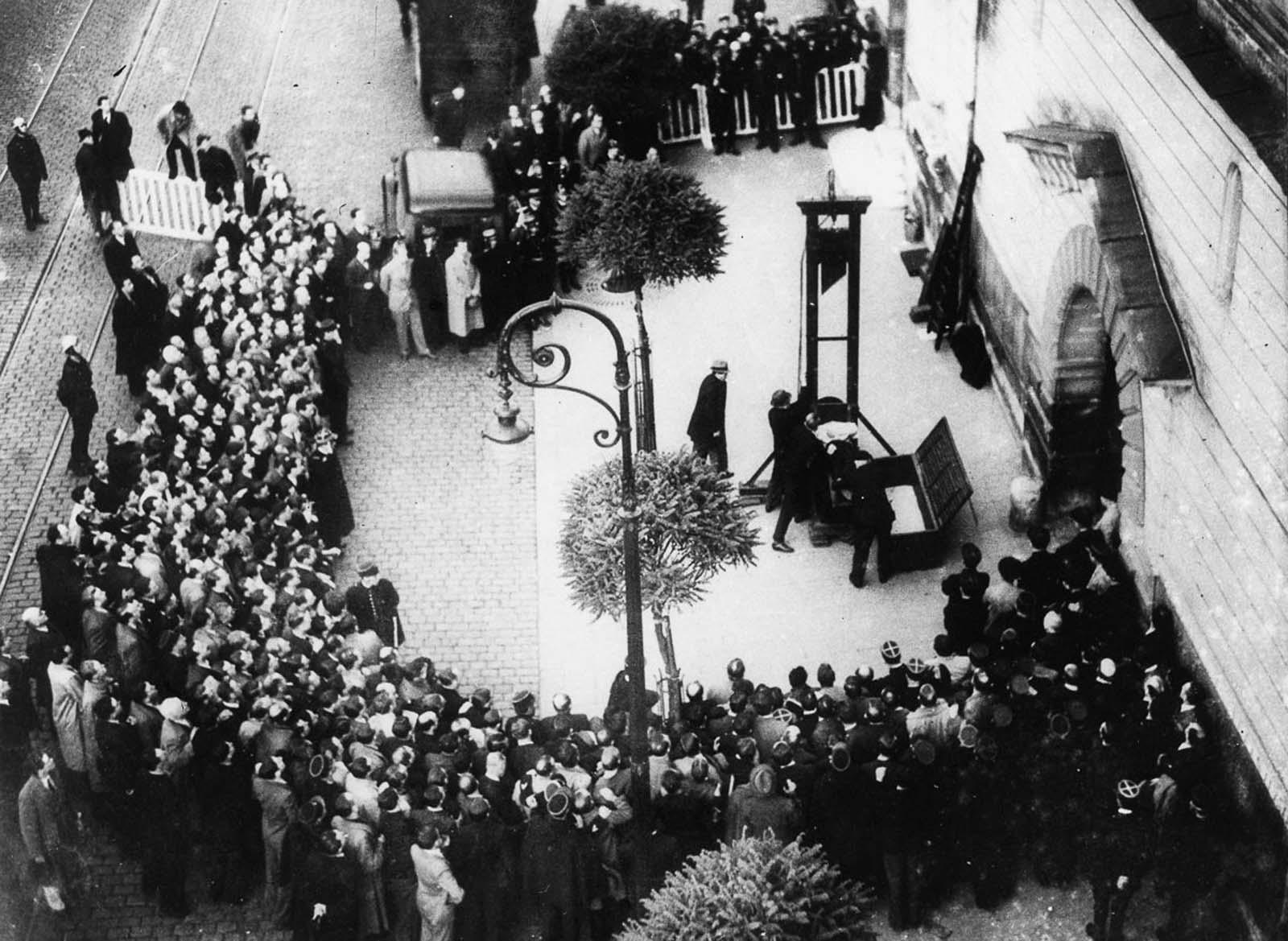 In the morning of 17 June 1939, Eugen Weidmann became the last person to be publicly executed by guillotine outside the prison Saint – Pierre. He had been convicted of multiple kidnappings and murders, including that of a young American socialite.

The “hysterical behaviour” ( The crowd behaved ‘rowdily, using handkerchiefs to dab up Weidmann’s blood as souvenirs.’) by spectators was so scandalous that the French president immediately banned all future public executions. Executions by guillotine continued in private until Hamida Djandoubi’s execution on September 10, 1977.

Unknown to authorities, a [film] (https://www.youtube.com/watch?time_continue=21&v=1IcBsSKnDts) of the execution was shot from a private apartment adjacent to the prison. British actor Christopher Lee – who was 17 at the time – witnessed the event.

More photos and information of his arrest, trial and execution can be found [here.] (https://rarehistoricalphotos.com/last-public-execution-guillotine-1939/)

Avasnay: Sir Christopher Lee was among those in the crowd. . .

NeverEnoughMuppets: Thank God things got much less violent in France after that /s