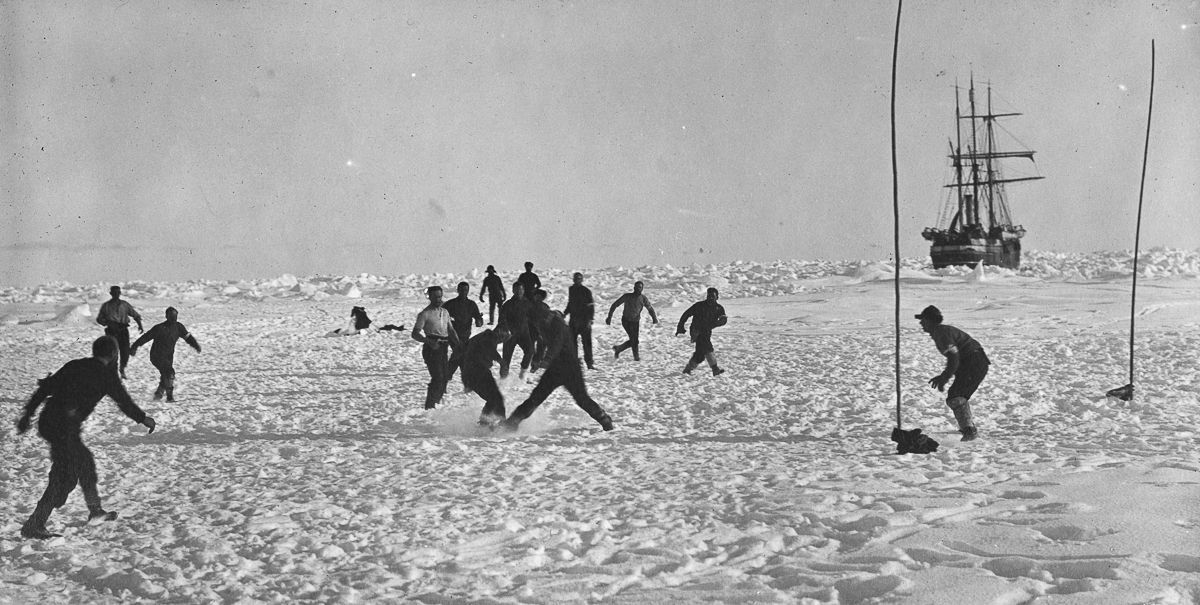 repete66219: Captain: That’s it men. We’ve done all we can to break her free. All we can do now is wait for death.

First mate: *looks around, then optimistically* Football anyone?

Crew: *erupts in cheers, hoisting first mate in the air*

Matt872000: If you were curious like me, [it seems they all survived in the end.](https://en.wikipedia.org/wiki/Endurance_(1912_ship)#Final_voyage)

n-some: I’d be that guy in just his shirt because despite the well below freezing temperatures I’m *still* too hot after exercising.

Raa03842: Ernest Shackleton’s expedition in 1914 could be characterized as the Apollo 13 of the early 20th century. Not a single man was lost and Shackleton’s extraordinary leadership and seamanship skills are in itself an amazing story. Though the expedition was a complete failure the story of survival and perseverance should be made into a movie with Tom Hanks as Shackleton

Previous Post: « Black Ops Agent Claims He Was Paid To Bomb OKC in the 1990s By Deep State; Hours Later Has A Car Crash
Next Post: Animals being used as part of medical therapy, 1956 »