“The only thing necessary for the triumph of evil is for good men to do nothing.”
– Edmund Burke 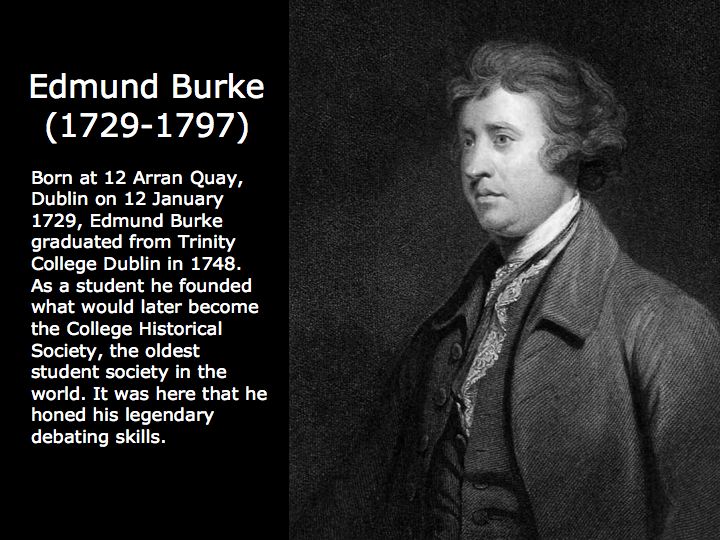 “A people will never look forward to posterity who never look backward toward their ancestors.” –Edmund Burke

Edmund Burke was an Irish statesman born in Dublin, as well as an author, orator, political theorist, and philosopher who, after moving to London in 1750, served as a member of parliament between 1766 … Wikipedia

Quotes
The only thing necessary for the triumph of evil is for good men to do nothing.
Those who don’t know history are destined to repeat it.
Nobody made a greater mistake than he who did nothing because he could do only a little. 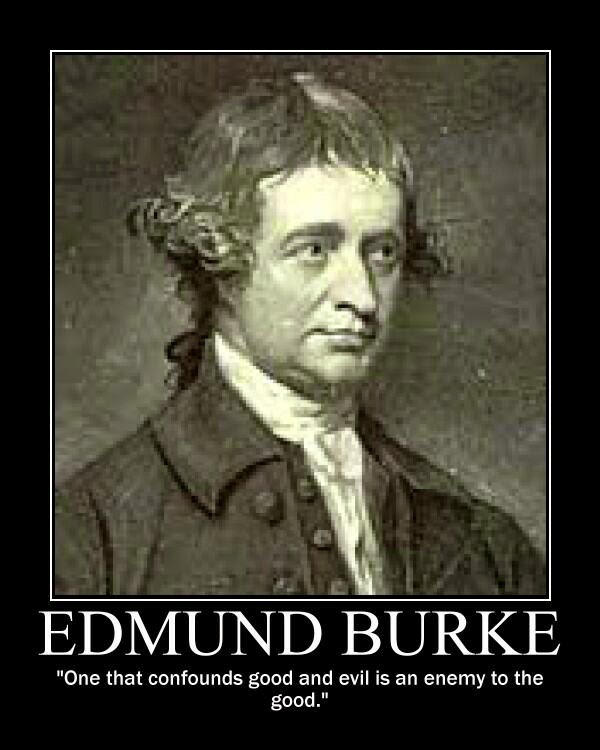 Burke was a hugely influential Anglo-Irish politician, orator and political thinker, notable for his strong support for the American Revolution and his fierce opposition to the French Revolution.

Edmund Burke was born in Dublin on 12 January 1729, the son of a solicitor. He was educated at Trinity College, Dublin and then went to London to study law. He quickly gave this up and after a visit to Europe settled in London, concentrating on a literary and political career. He became a member of parliament in 1765. He was closely involved in debates over limits to the power of the king, pressing for parliamentary control of royal patronage and expenditure.

Britain’s imposition on America of measures including the Stamp Act in 1765 provoked violent colonial opposition. Burke argued that British policy had been inflexible and called for more pragmatism. He believed that government should be a cooperative relationship between rulers and subjects and that, while the past was important, a willingness to adapt to the inevitability of change could, hopefully, reaffirm traditional values under new circumstances.

He also maintained a keen interest in India. He concluded that Indian governmental corruption had to be resolved by removing patronage from interested parties. He proposed that India be governed by independent commissioners in London, but a bill to this end was defeated, prompting impeachment proceedings against Warren Hastings, the governor-general of Bengal.

The outbreak of the French Revolution in 1789 gave Burke his greatest target. He expressed his hostility in ‘Reflections on the Revolution in France’ (1790). The book provoked a huge response, including Thomas Paine’s ‘The Rights of Man’. Burke emphasised the dangers of mob rule, fearing that the Revolution’s fervour was destroying French society. He appealed to the British virtues of continuity, tradition, rank and property and opposed the Revolution to the end of his life.

Burke retired from parliament in 1794. His last years were clouded by the death of his only son, but he continued to write and defend himself from his critics. His arguments for long-lived constitutional conventions, political parties, and the independence of an MP once elected still carry weight. He is justly regarded as one of the founders of the British Conservative tradition. He died on 9 July 1797.