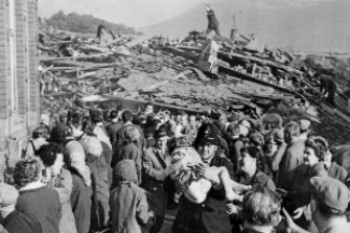 Previous Post: « Rescued hostages are transported in a makeshift ambulance from Stanleyville to the airport outside of the town, during a joint operation between Belgian and US forces to free over 1800 foreign hostages held by Simba rebels, Stanleyville, Congo-Léopoldville, November 1964.[1024×802]
Next Post: The first two Germans to travel into outer space, Sigmund Jahn (East Germany) and Ulf Merbold (West Germany) meet years later in 1990 [822×462] »