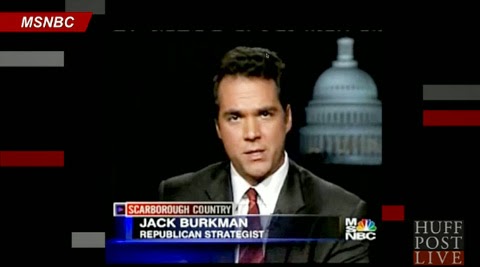 According to the Washington Post, Kevin Doherty, 46, who worked as an investigator for conspiracy theorist Jack Burkman will serve nine years in prison for shooting and wounding his ex-boss in a complicated plot involving a fake FBI exposé.

“Doherty lured Burkman to a hotel parking garage in March with the false promise of turning over details of FBI misconduct. It was all pretend,” court said.

Burkman was previously involved in a Seth Rich investigation with 46-year-old Kevin Doherty, but went things went south Doherty ended up shooting Burkman with a rifle twice in the rear end.

Burkman was the original investigator employed by the family of Seth Rich to investigate this killing back in 2016.

Doherty was sentenced Monday for maliciously wounding Burkman after they had a “serious falling out.” The former Marine was previously hired by Burkman to build a psychological profile of Seth Rich’s killer. Burkman fired Doherty in July, they had a “falling out,” and Doherty retaliated by posing as a person with information “detrimental to the FBI.”

Burkman paid out $15,000 for this and met Doherty to get the documents. Doherty then shot him in the butt twice as Burkman attempted to retrieve the documents. Burkman reportedly had a broken arm and still has two bullets lodged in his rear end because they were too dangerous to remove.

Doherty was arrested in Arlington on March 17. On his computer, Eastman said, authorities found emails to Burkman as well as searches on how to use a fuel filter as a silencer. In his home they found the rifle used in the attack. She said the weapon had been mailed there.

Burkman was also behind a bizarre attempt this year as the lead figure with Jacob Wohl, accusing Special Counsel Robert Mueller of #MeToo sexual harassment, a conspiracy theory that quickly fell apart.

The Washington Times apologized and retracted an article that falsely stated Seth Rich and his brother Aaron received money from WikiLeaks for DNC emails.

Seth Rich was murdered in the Bloomingdale neighborhood of Washington, DC, in July 2016 inwhat appeared to be a botched robbery. Seth worked at the Democratic National Committee (DNC) as the director of voter expansion data, and amid the leaked DNC emails during the 2016 election, his death became a source of conspiracy theories across right-wing media, including Fox News.

In short, alleged that Seth Rich was a supporter of Sen. Bernie Sanders’s presidential candidacy and that he released the DNC emails after Sanders lost the Democratic nomination. The theory gained a massive following among many on the Right, including Fox News’s Sean Hannity, even after Rich’s parents wrote a Washington Post opinion piece sharing their ordeal and asking for the rumormongering to stop.

The Washington Times is a right-leaning publication founded by the Rev. Sun Myung Moon with a circulation of about 60,000, known for both producing conservative journalists and publishing articles that promoted white nationalist conferences and rumormongering about President Barack Obama. It took part in spreading falsehoods about the Rich family.

But unlike other outlets, it was forced to retract them. The Washington Times issued a retraction of a March 2 article titled “More cover-up questions: The curious murder of Seth Rich poses questions that just won’t stay under the official rug.”

The story argued that Seth’s death had “the earmarks of a targeted hit job” and falsely stated that Seth and Aaron Rich were paid by WikiLeaks for the DNC emails that WikiLeaks published 12 days after Seth’s death. It has since been deleted. In its place on the Washington Times website is a retraction, including statements from the piece that the editors of the Times state they “now believe to be false.”

The retraction is the first big legal win for the Rich family as it continues to fight back against false allegations that Rich was the source of the DNC emails WikiLeaks shared widely in July of 2016 (he wasn’t) and that he was killed because of his involvement. 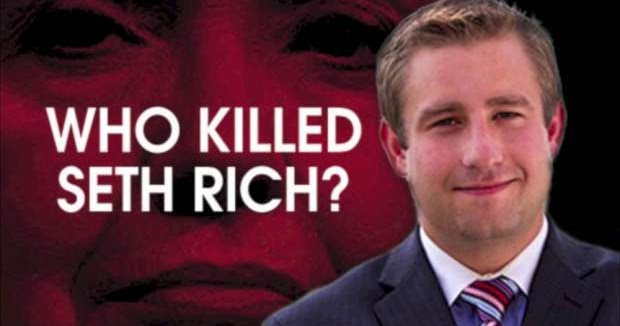 The murder of Seth Rich occurred on Sunday, July 10, 2016, at 4:20 a.m. in the Bloomingdale neighborhood of Washington, D.C. Rich died from two shots to the back. Wikipedia