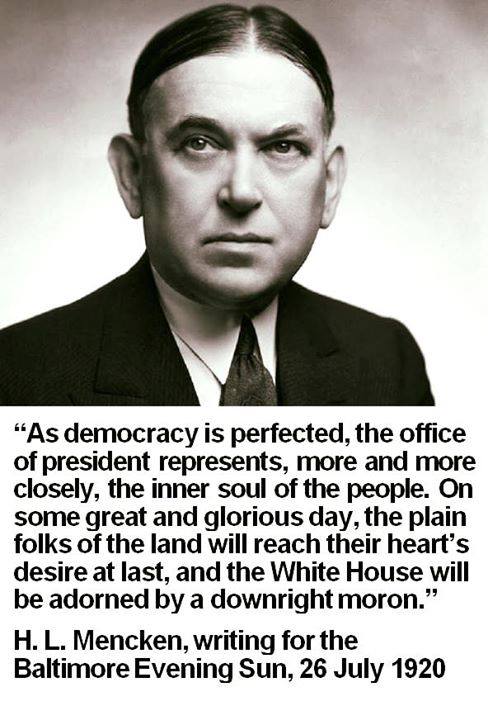 Quotes
Every normal man must be tempted, at times, to spit on his hands, hoist the black flag, and begin slitting throats.
For every complex problem there is an answer that is clear, simple, and wrong.
On some great and glorious day the plain folks of the land will reach their heart’s desire at last, and the White House will be adorned by a downright moron.

Previous Post: « South African Royal Naval Volunteers serving on board HMS NELSON. The group is sitting on one of the 16 inch gun barrels, 1942.
Next Post: “The truth is, most people don’t want to have to think…” Neale Donald Walsch »