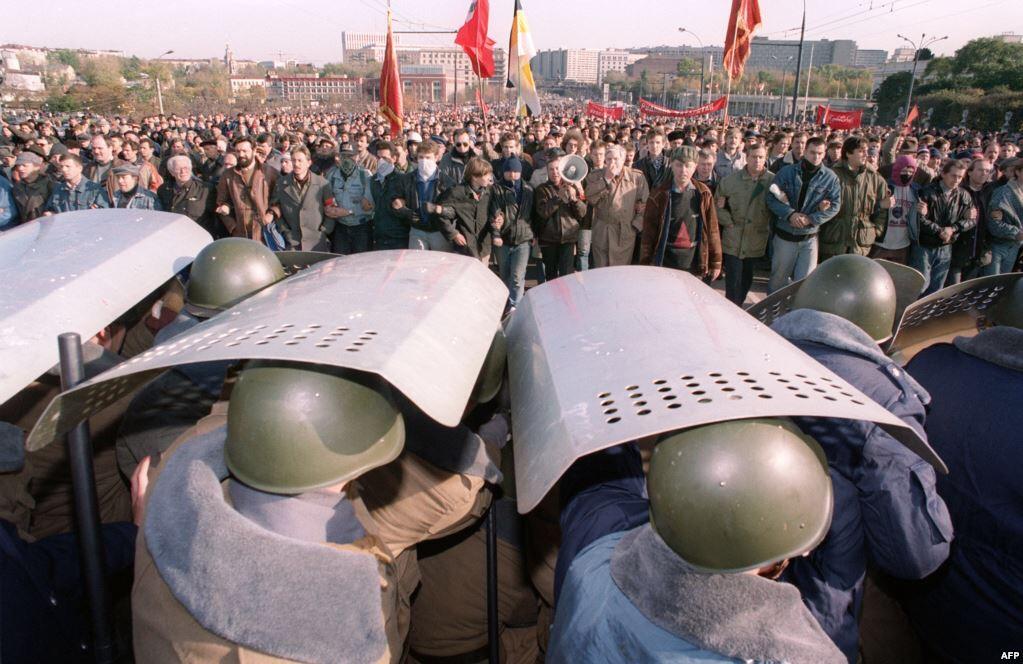 The situation deteriorated at the beginning of October. On October 3, demonstrators removed police cordons around the parliament and, urged by their leaders, took over the Mayor’s offices and tried to storm the Ostankino television centre. The army, which had initially declared its neutrality, stormed the Supreme Soviet building in the early morning hours of October 4 by Yeltsin’s order, and arrested the leaders of the resistance.

The ten-day conflict became the deadliest single event of street fighting in Moscow’s history since the Russian Revolution.[1] According to government estimates, 187 people were killed and 437 wounded, while estimates from non-governmental sources put the death toll at as high as 2,000… Wikipedia

Previous Post: « “People don’t want their lives fixed…” – Chuck Palahniuk
Next Post: An American major, piloting an observation balloon near the front during World War I (1918) »