Tinder is accused of discriminating against users older than 30 by charging them at least twice as much for the same service.

For example, users younger than 30 can pay as little as $9.99 a month to upgrade to the premium dating service like Tinder Gold and Tinder Plus. However, users older than 30 will get charge $19.99 for the same service.

This is Ageism, such price discrimination is tantamount to human right violation. 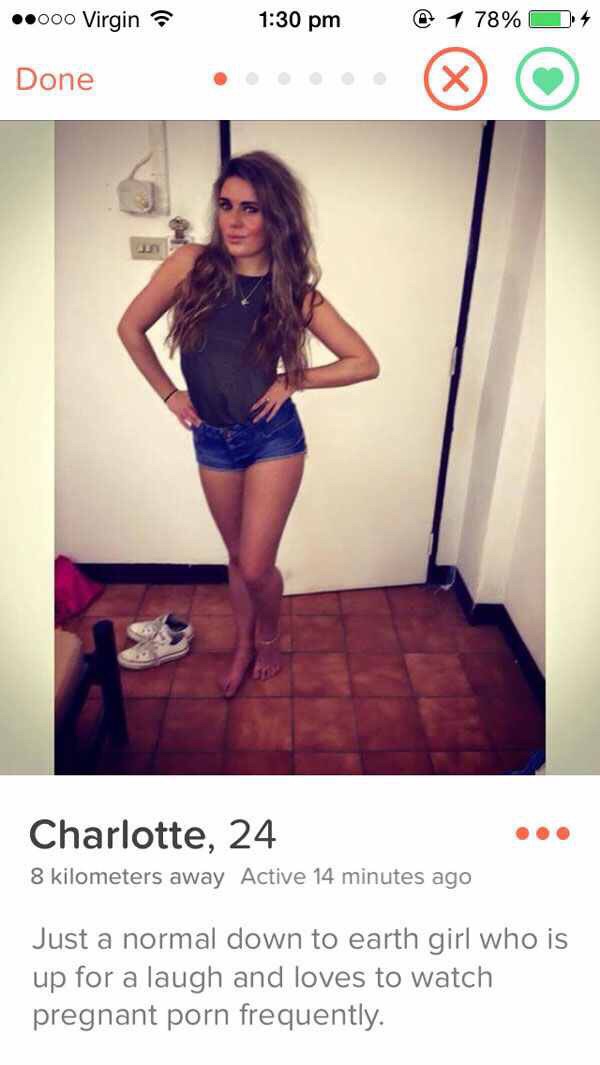 Tinder has been discriminating against people over 30, appeals court says

Online dating is hard for everyone.

But for paying users of Tinder who are older than 30, the dating game isn’t just hard: It’s pricey, discriminatory and a violation of older users’ civil rights, according to a California appeals court.

Over 30? Tinder is conspiring with hookers to rip you off.

On Monday, the Second District Court of Appeal in Los Angeles ruled that Tinder has been violating state civil rights law by charging those older than 30 more than it charges younger users for Tinder Plus, the app’s premium service. State law bars arbitrary age-based price discrimination, the court said.

Tinder’s basic product is free, but customers younger than 30 can pay as little as $9.99 a month to upgrade to the premium dating service. Users older than 30, meanwhile, get charged $19.99 for the same service, the ruling said.

Alfred Rava, an attorney representing plaintiff Allan Candelore in his lawsuit against Tinder, told SFGate the ruling was “a significant equal-rights victory for California consumers.”

Tinder had argued that its market research justified the price difference. The research found that younger users were on tighter budgets, according to Tinder, and that they wouldn’t pony up the money for Tinder Plus if it were too expensive. Older users, Tinder argued, were less budget constrained in the market research.

But the appeals court didn’t buy the argument.

“No matter what Tinder’s market research may have shown about the younger users’ relative income and willingness to pay for the service, as a group, as compared to the older cohort, some individuals will not fit the mold,” Judge Brian Currey wrote.

While a lower court had sided with Tinder, the appeals court disagreed, saying there was no “strong public policy that justifies the alleged discriminatory pricing” — meaning, the court said, that the trial court had decided the case erroneously.

If applied too broadly, Tinder’s reasoning could be used to justify price discrimination at the grocery store or at a gas station, the appeals court said.

“Accordingly, we swipe left, and reverse,” the three-judge panel wrote in their unanimous ruling.

The court did note that law has at times allowed age-based price discrimination. But that’s been primarily to the benefit of senior citizens and young children who have “limited earning capacities,” the ruling said.

Rava, the attorney representing the plaintiff in the Tinder case, has separately filed more than 150 sex discrimination lawsuits on behalf of men claiming gender discrimination, Mother Jones reports — including taking on clubs in San Diego over “ladies’ night” deals.

Rava has also sued over Mother’s Day promotions at baseball games, arguing they discriminate against men, the Los Angeles Times reports: “I was shocked that a seemingly sophisticated business in the 21st century would treat customers differently based on their sex,” Rava told the newspaper in 2006.

20 TINDER PROFILES THAT WILL MAKE YOU QUESTION EVER DATING AGAIN

Tinder is a scary, scary world.

Dating sucks, but so does taking your sister to holiday Christmas parties. While you might trying online datings apps to remedy this embarrassing existence, there are some hilarious Tinder profiles that will make you question ever dating again. Bet your sister will look pretty (prettaaay) good by the end of this.

So while Tinder has brought us the best pickup line that probably got this dude laid, and a girl that used the famous speech from Taken to perfection, it’s time to look at some more Tinder profiles that might make you actually delete the app forever. 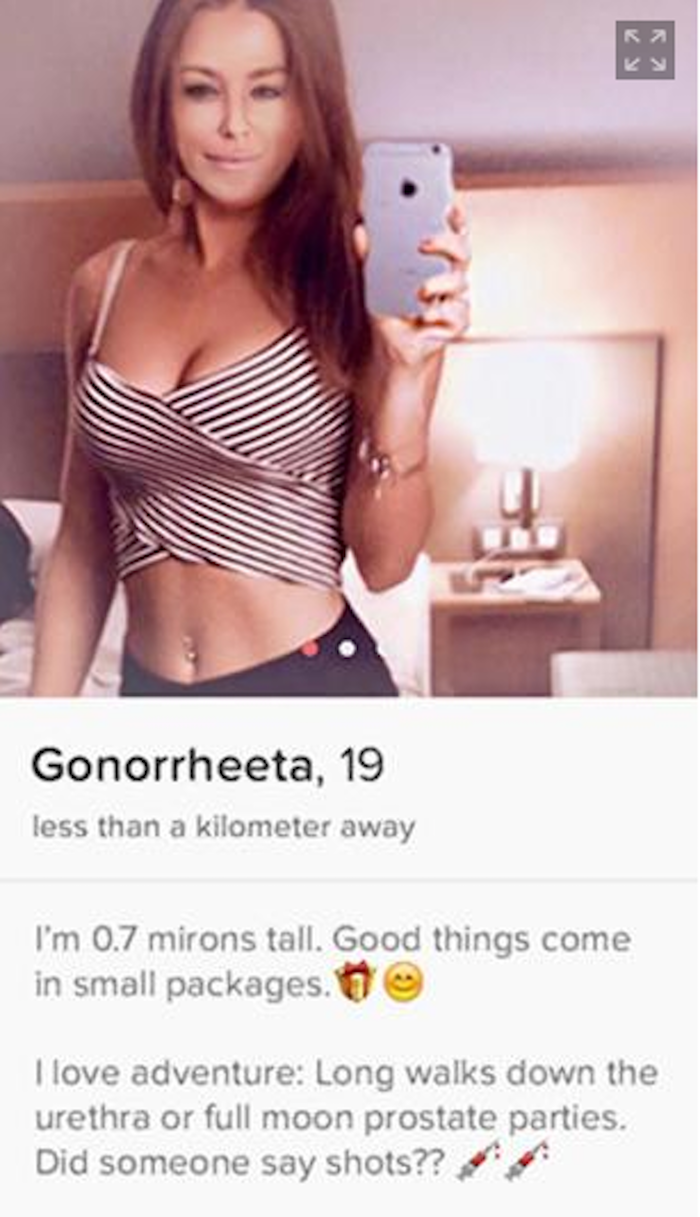 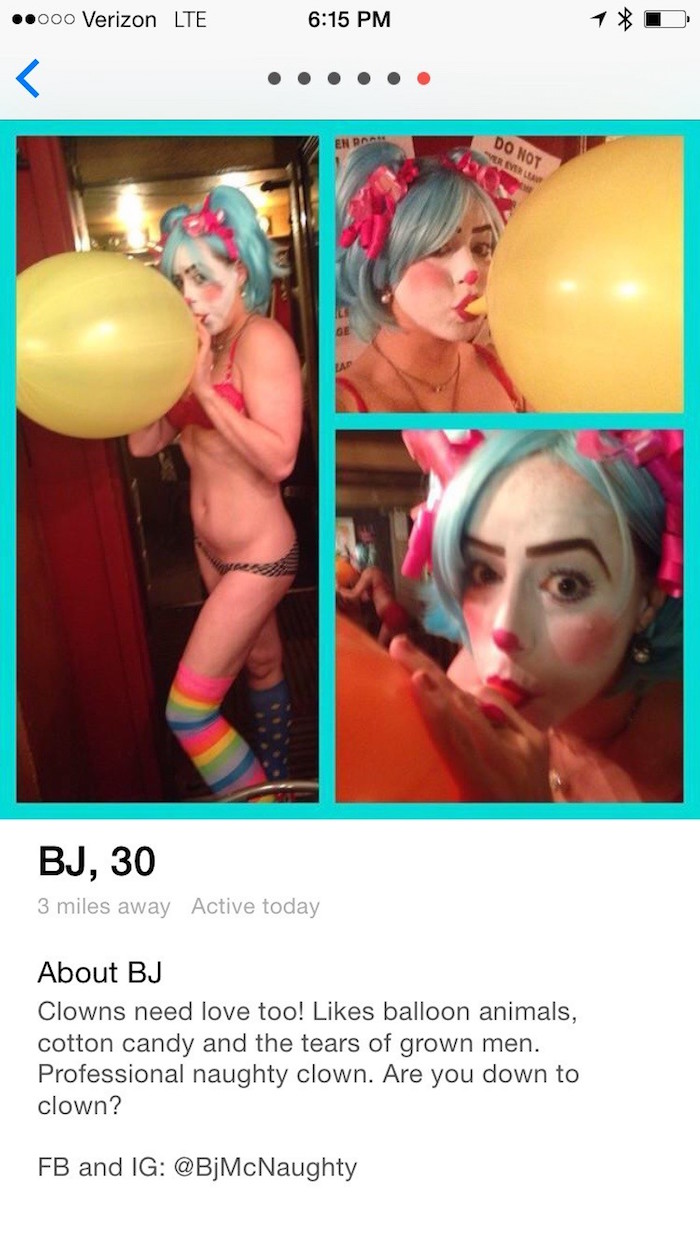 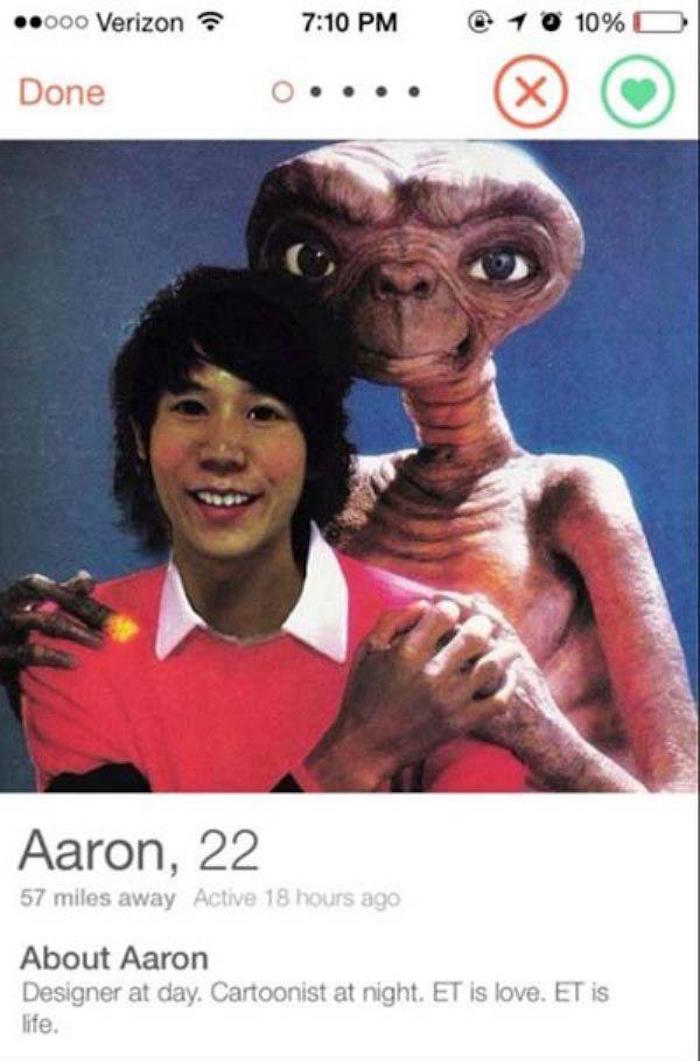 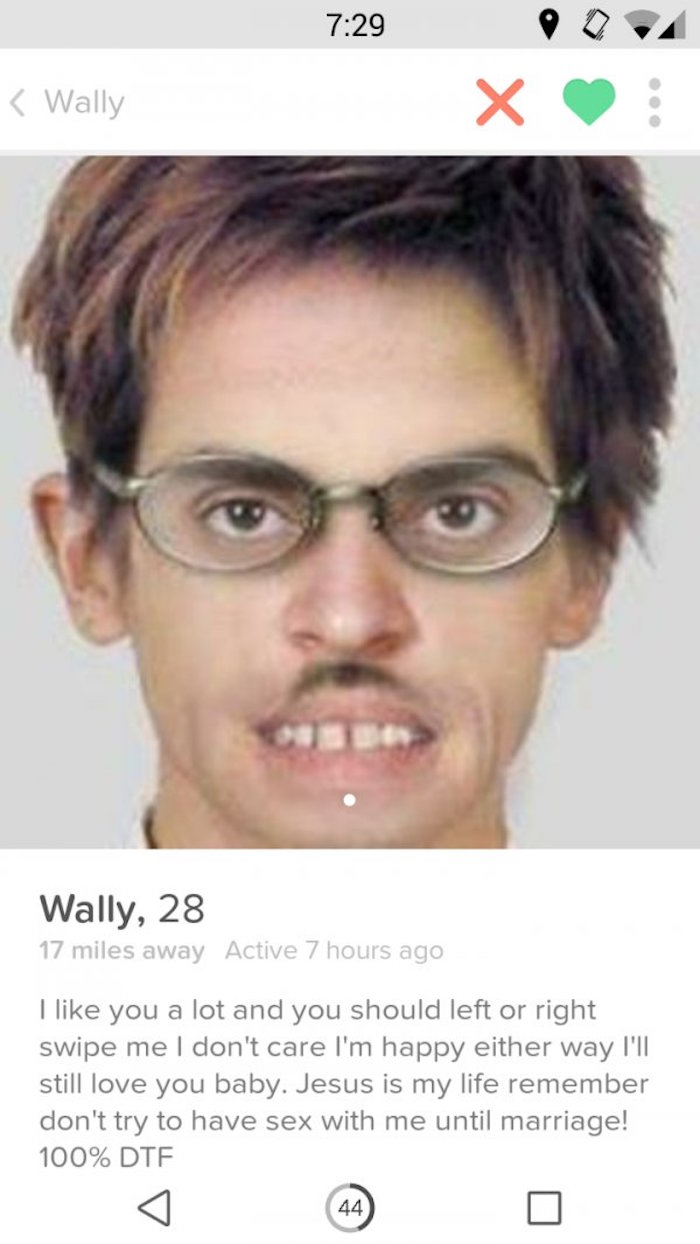 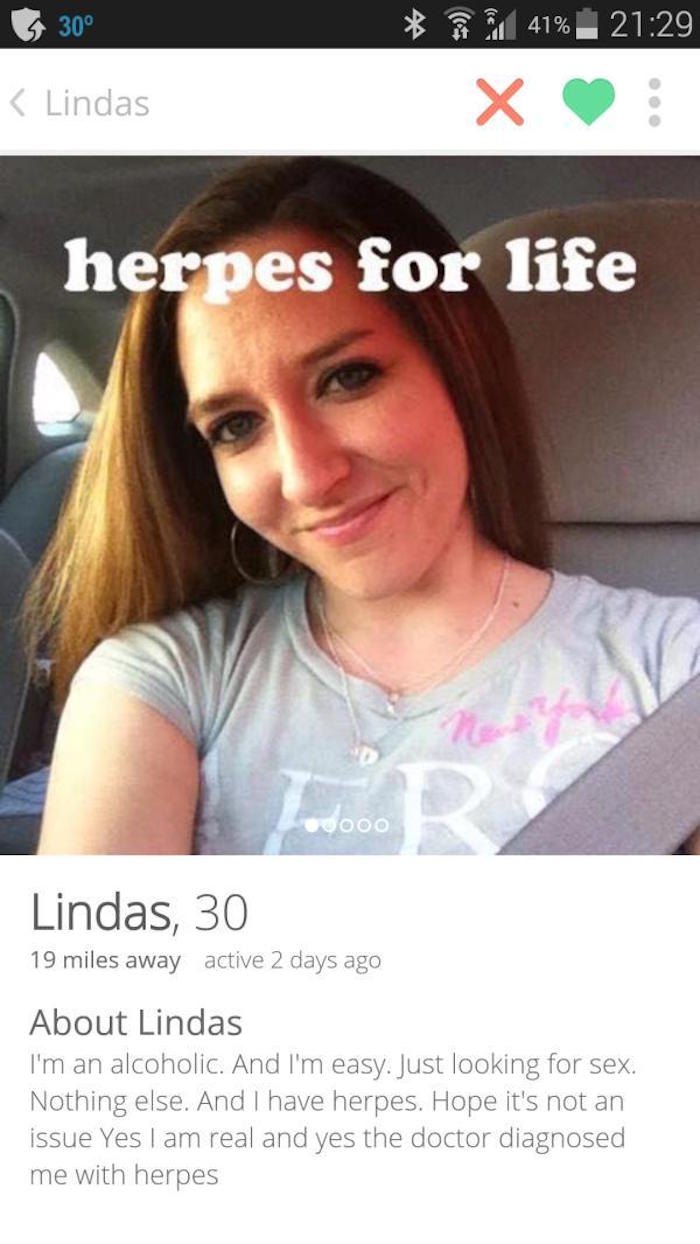 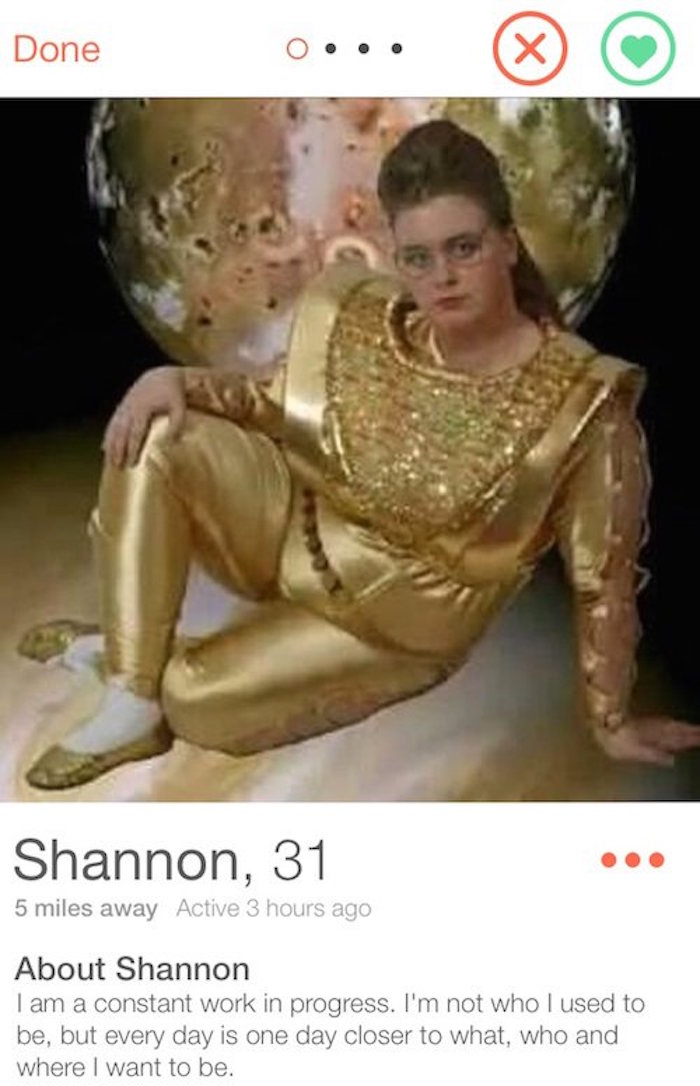 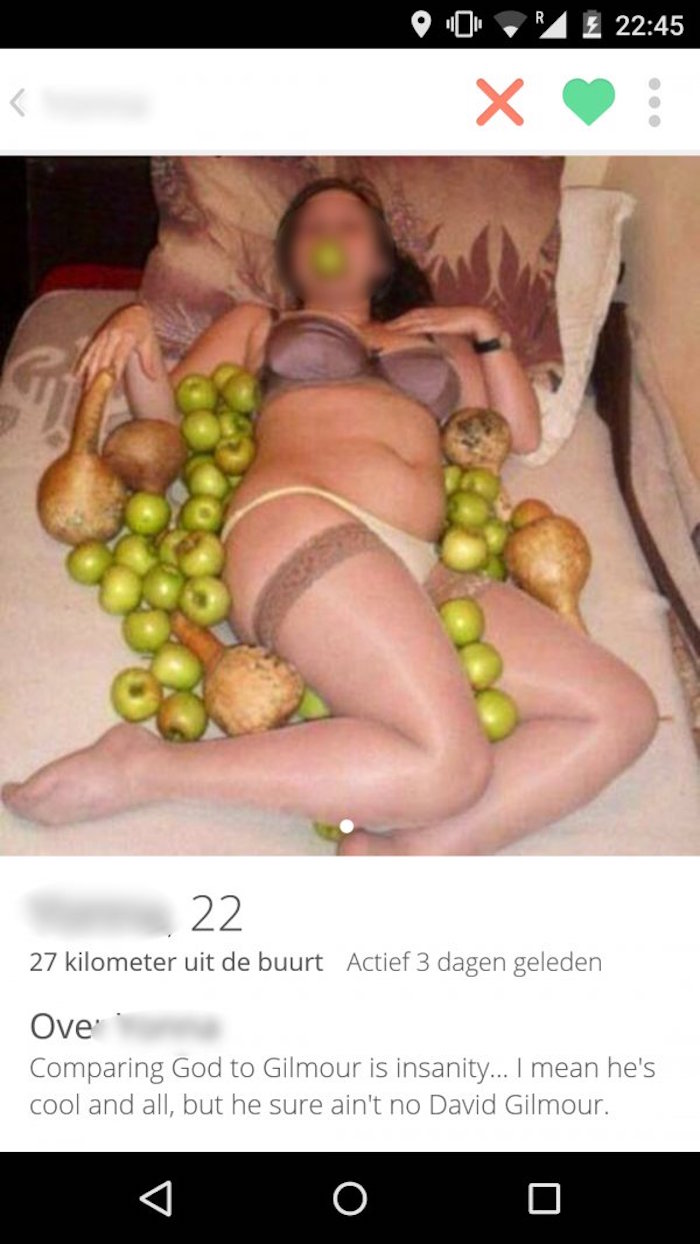 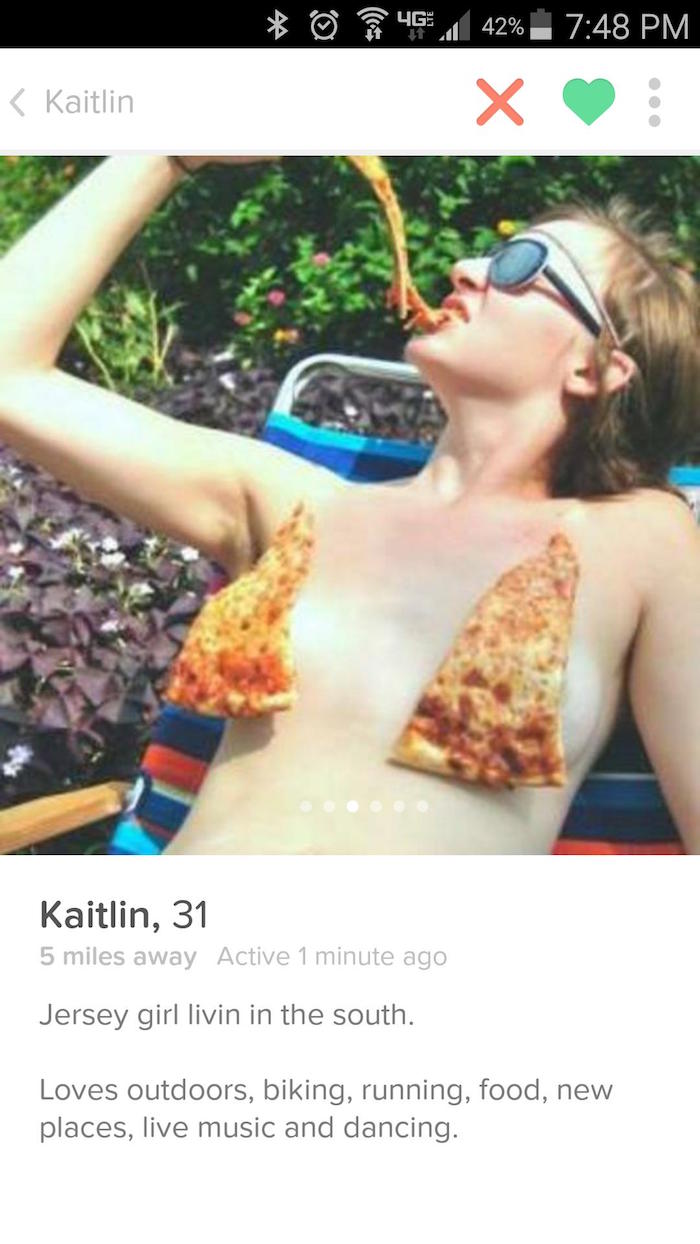 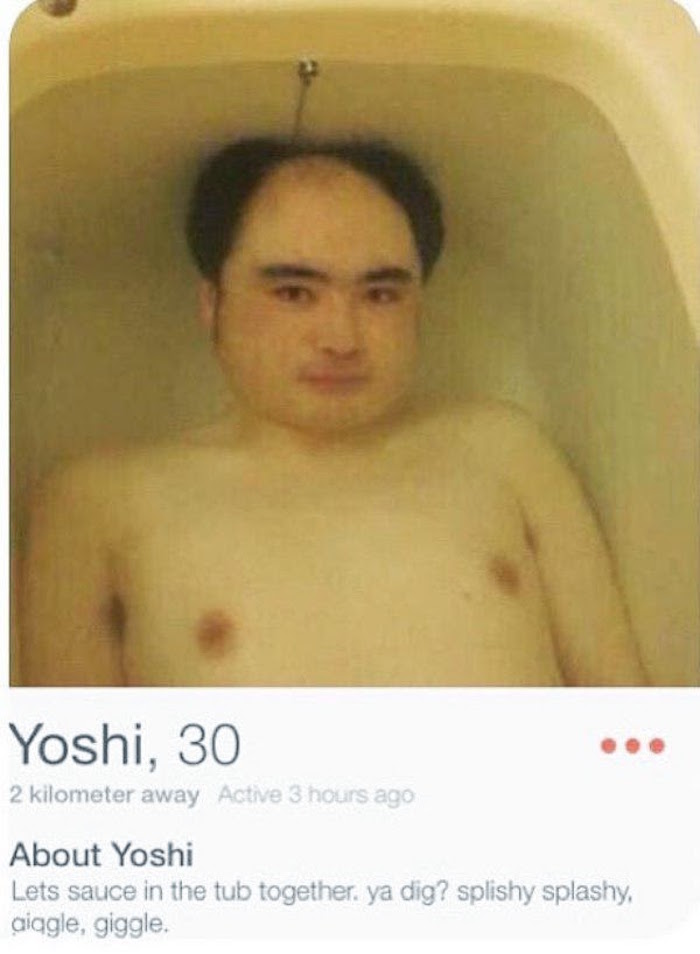 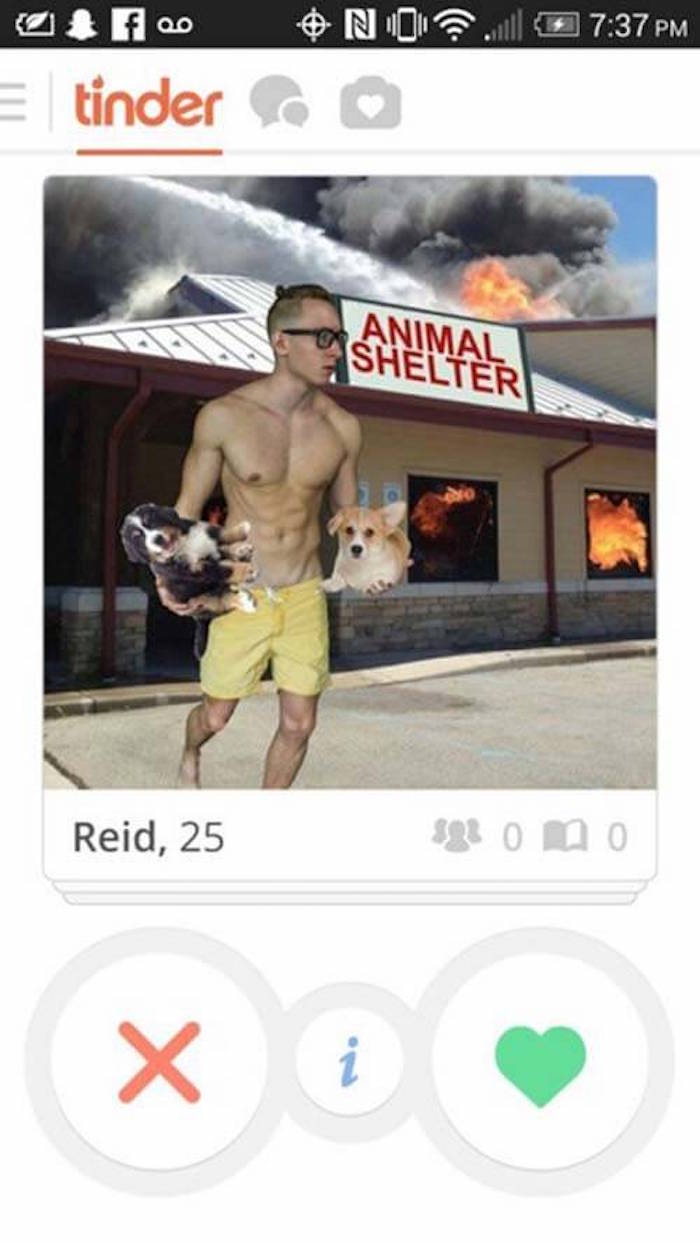 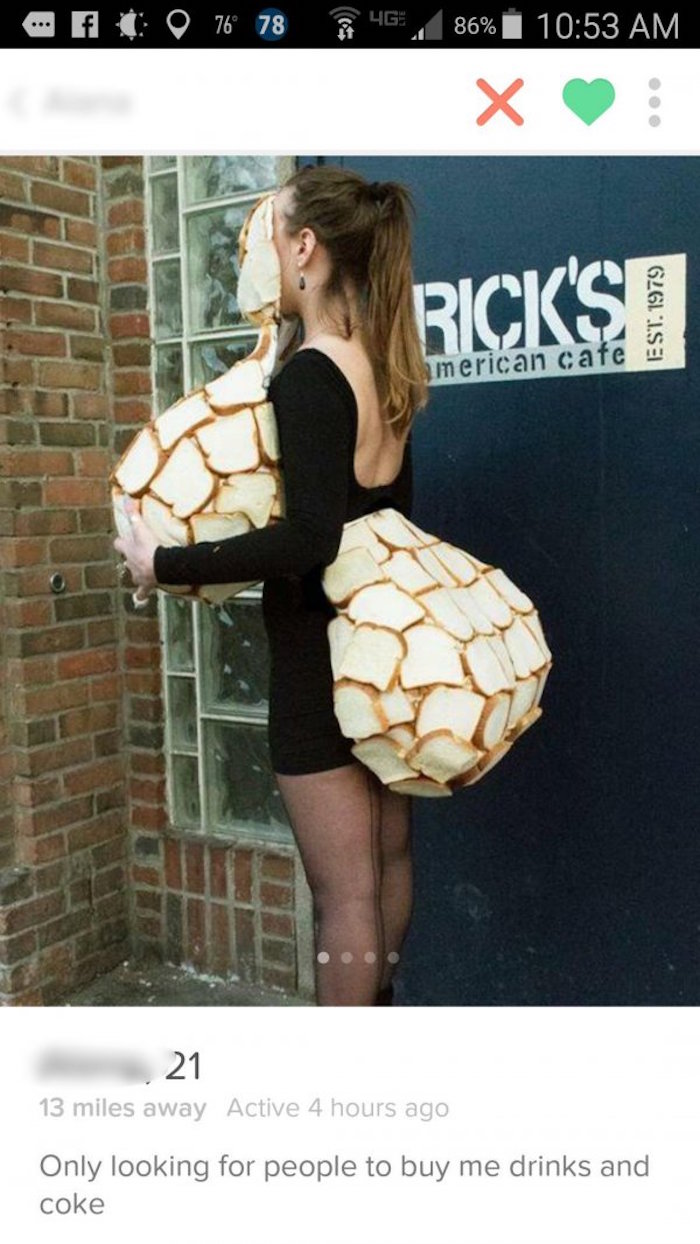 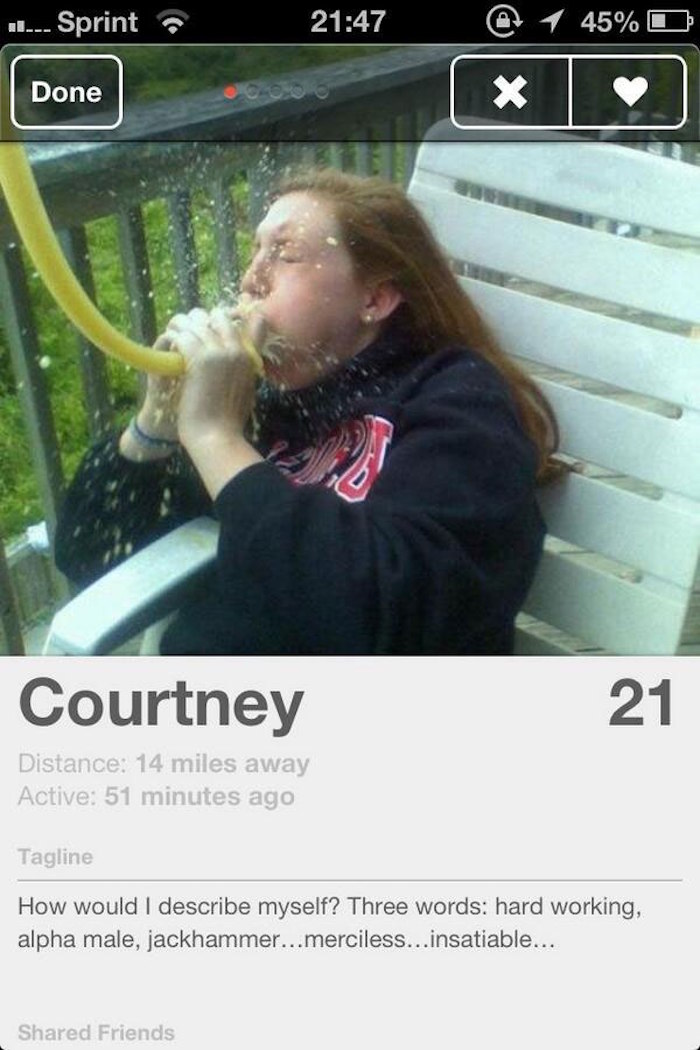 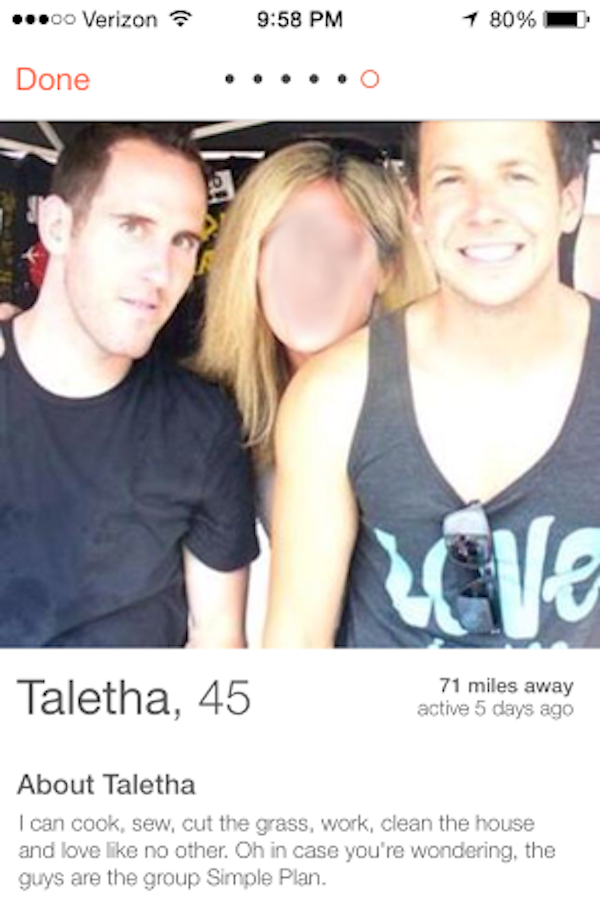 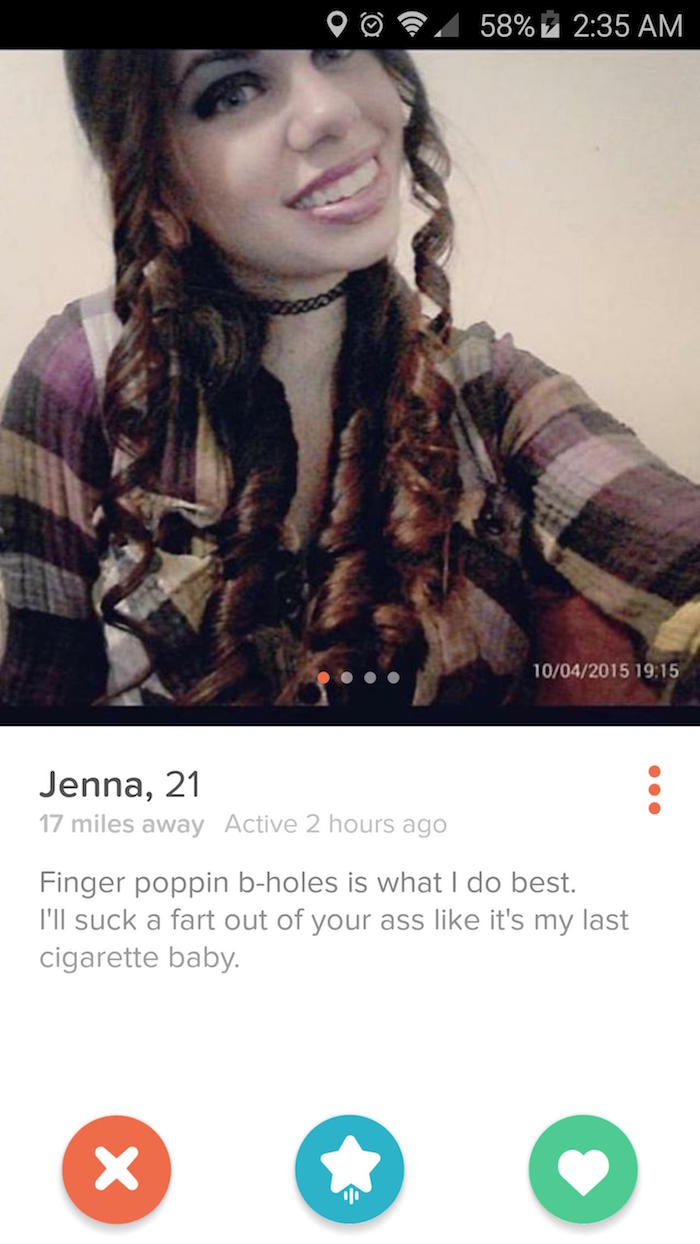 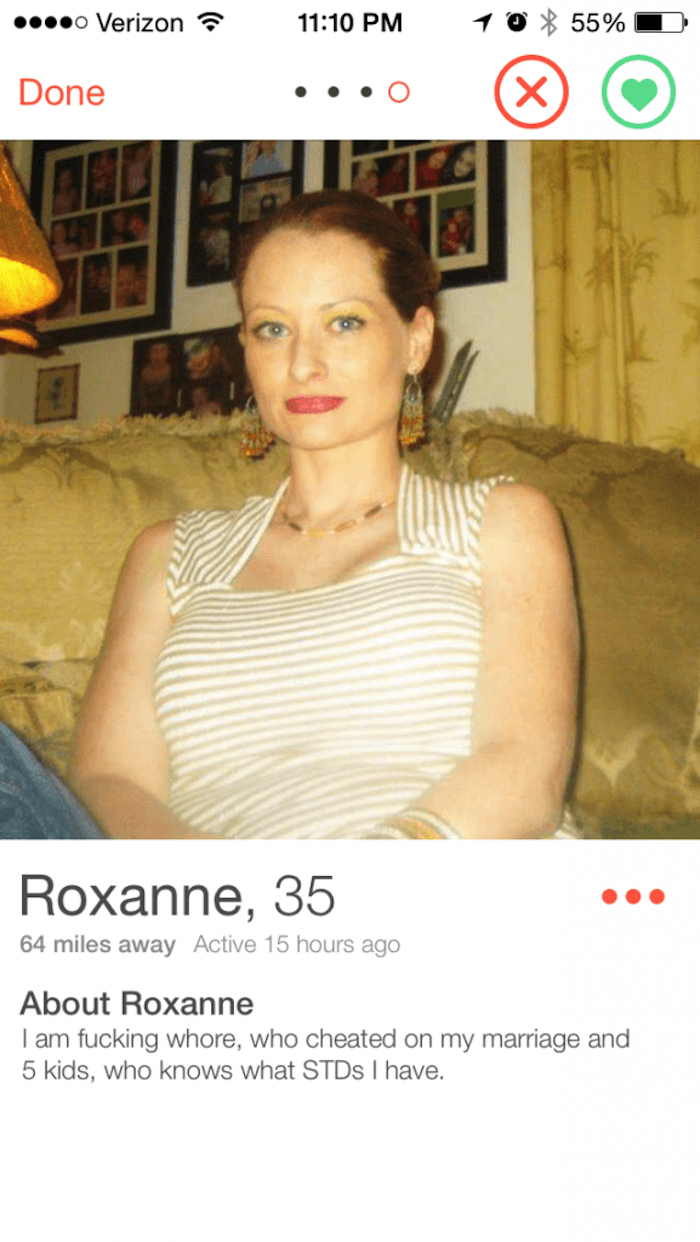 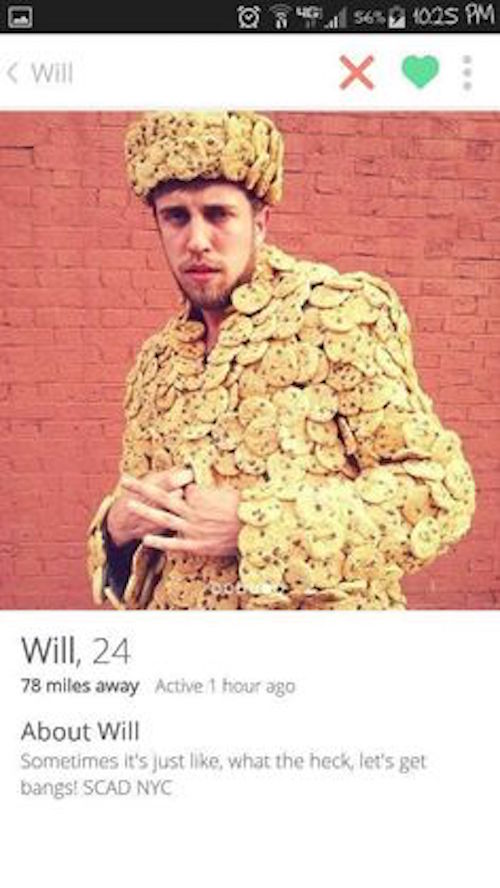 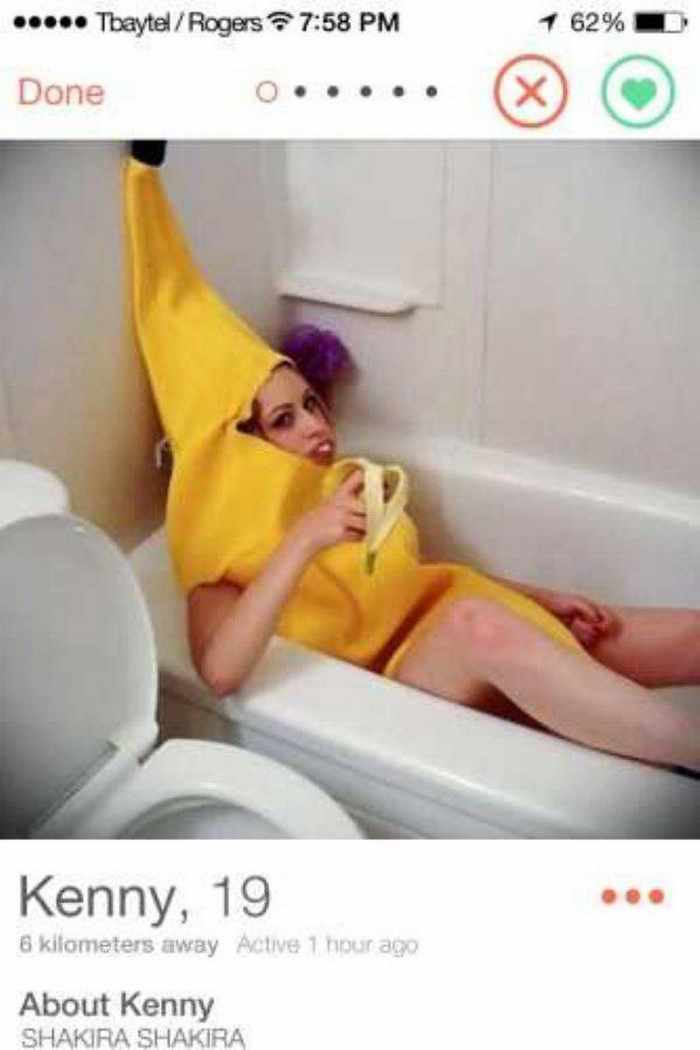 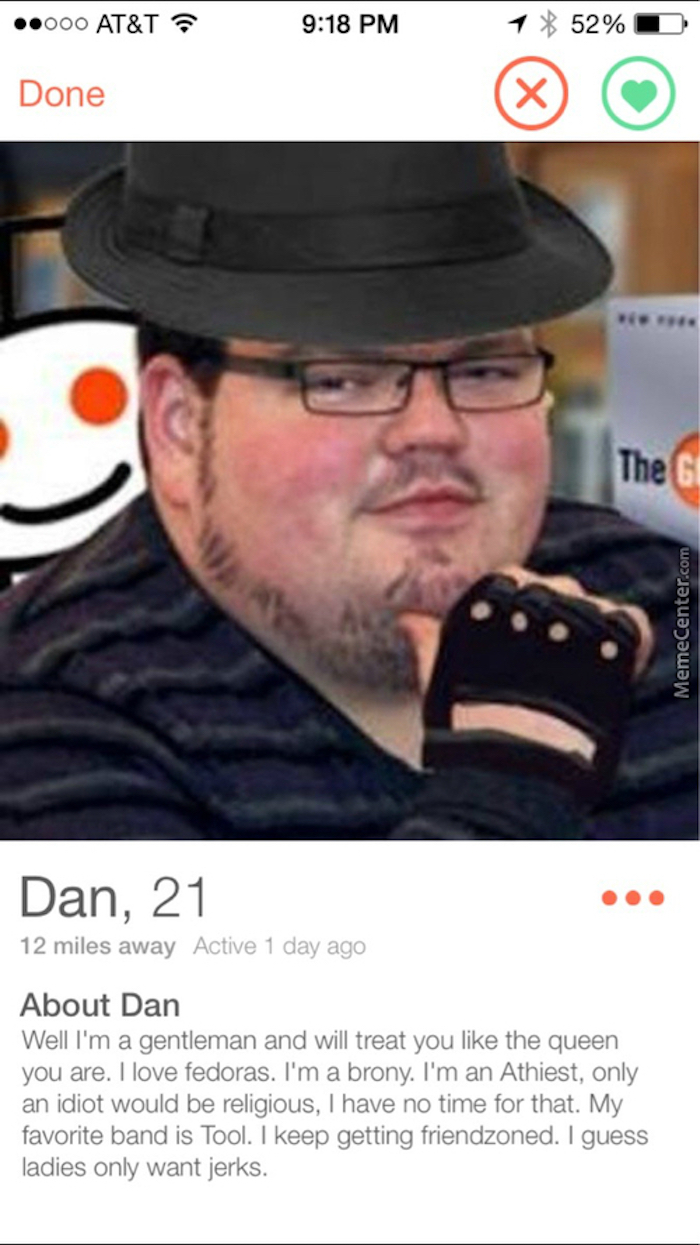 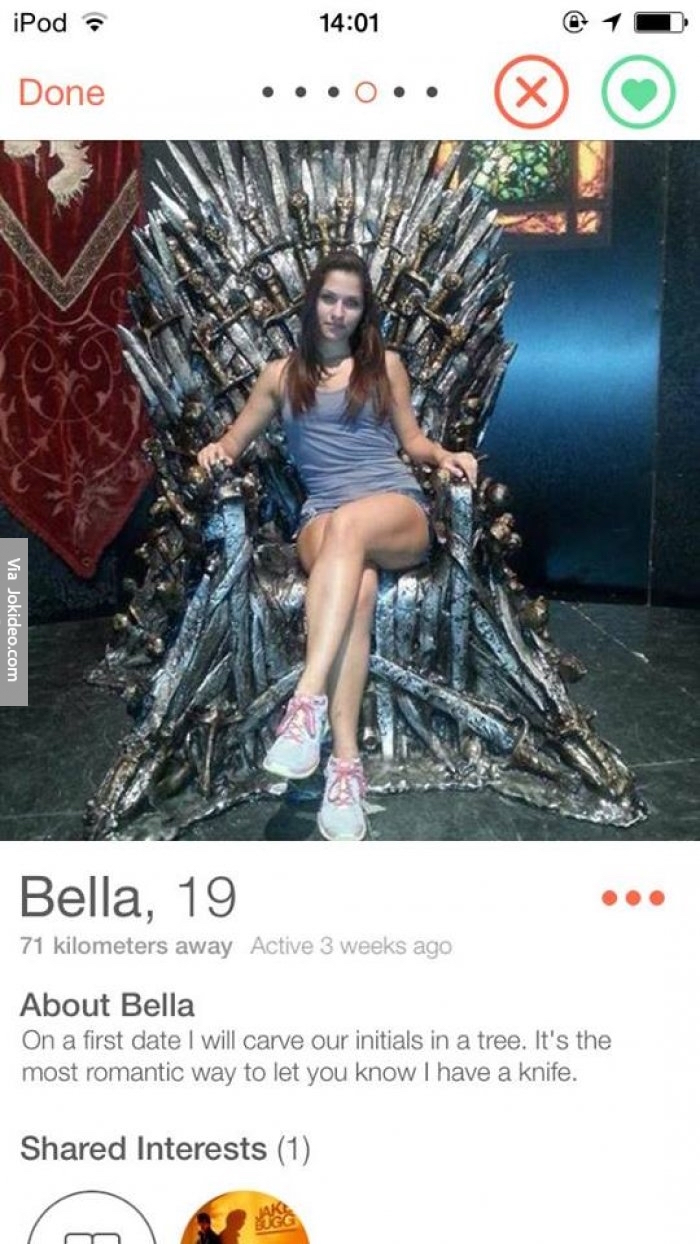 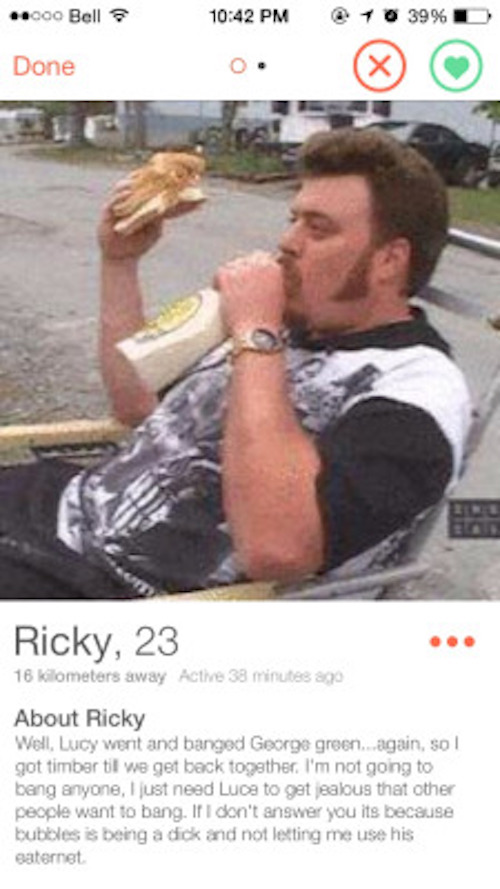 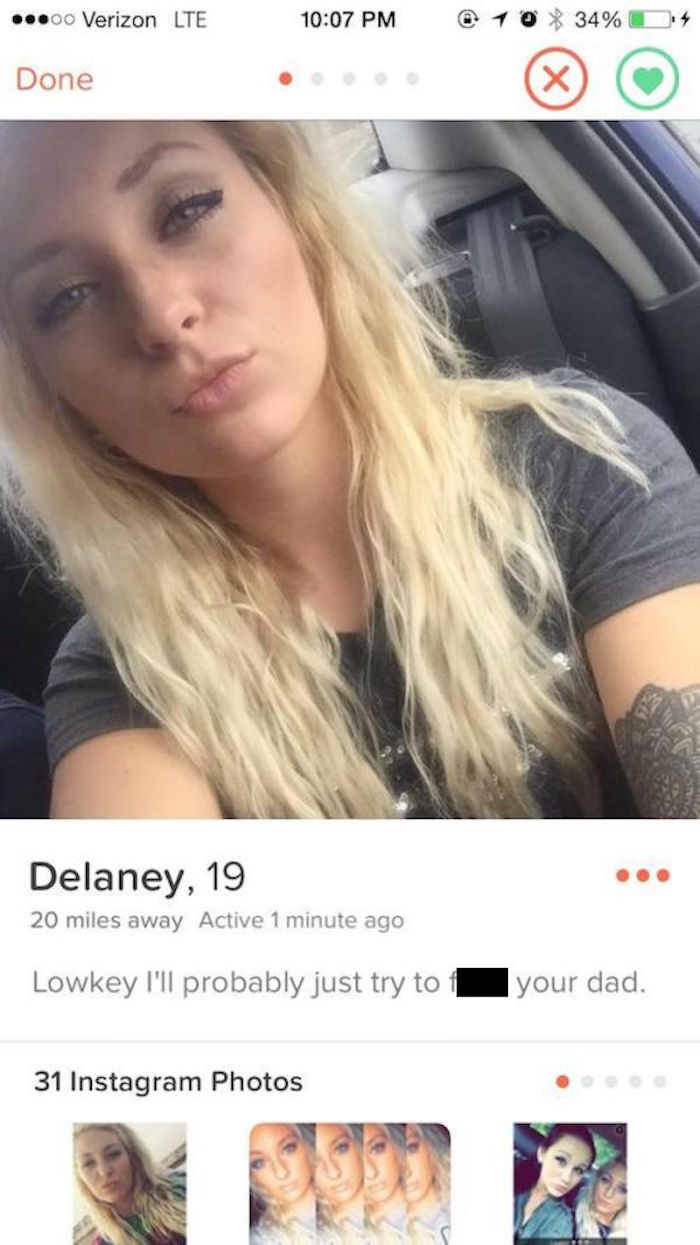