According to Trump’s spokesman: “Amid heightened globalist attempts to destroy the economy, Trump will audit the Federal Reserve.”

Apparently, Trump is upset with the Fed messing around with the economy which he has been bragging as some kind of “MAGA Economic Miracle” as a result of the recent massive Tax Cut. Fearing the impact of interest rate hike, the stock market collapsed. POTUS may therefore seek revenge for recent stock market fluctuations, something they call “tanking of the economy”, by calling for an audit of the Fed for the first time in the history?

The Biggest Monetary Conspiracy Theory In The History: Executive Order 11000 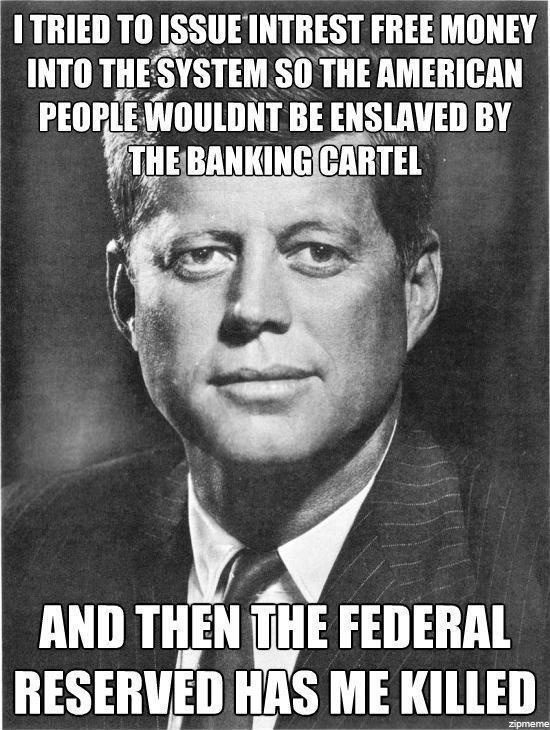 Does Trump have the willpower to pull off a serious audit on the Fed?

Legally, Trump doesn’t even have the authority to do that. Asking the Congress to pass a new bill against the the Fed, which is a private for profit company, will be like asking the Fed to incriminate themselves. Which obviously is not likely to happen, and if it does, rest assured it’s gonna be nothing but a Fake Show.

Anyway, if Trump is serious about reforming his image and to leave behind a positive legacy, which he should since he is old and loaded with money, what he doesn’t have is reputation and respect from folks. There is nothing worse than leaving the Oval Office as a puppet of the dark world eg. a “lapdog” of the Money Mafia.

If I were Trump, I would certainly consider to reform the monetary system since it’s open secret that the Fed is a Super Loan Shark that contributes nothing to the society, answers to no one, operating above the law, with neither responsibility nor accountability, yet they’re given have all the cloud over folk’s life. Not only they profit from printing the American currency by charging interest (it’s a staggering $150 trillion created out of thin air so far), which translate into direct inflation perpetually, they also determine when the world should have an economic meltdown so that they can drain all the wealth out of folks from time to time, they also known to perpetuates wars – the biggest and most profitable business that is completely safe.

Complete safe business? Are you serious, there is business will have no risk at all? Yes, there is. The Fed is the best example – printing currency and charge an interest, which the government must tax citizens taxpayers to repay. And a country never declare bankruptcy. It’s perpetual and compounding debts.

That said, it’s truly in Trump interest to find a way to get rid of Fed.

There is no better way for Trump to earn the respect from people.

Com’on Trump, prove you are a real man, not another lapdog of the Money Mafia.

Actually, it’s also in America interest to to move from fiat currency to cryptocurrency. I imagine those around Potus should be smart enough to capitalize on cryptocurrency as a way to move away from the Fed …Please do not hesitate to ask in case you don’t know.

That said, do we think Trump will have the courage to the Money Mafia out of the equation? No. We never for once thought he will be man enough to do that. He is just loud mouth …

Anyway, in case he has the courage to do what a man gotta do, here are the reasons why the Fed must be exterminated …

11 Reasons Why The Federal Reserve Should Be Abolished

Pages: Page 1 Page 2 Page 3
« “And above all things, never think that you’re not good enough yourself. A man should never think that. My belief is that in life people will take you at your own reckoning” Issac Asimov
Annoying guy gets what he deserves »