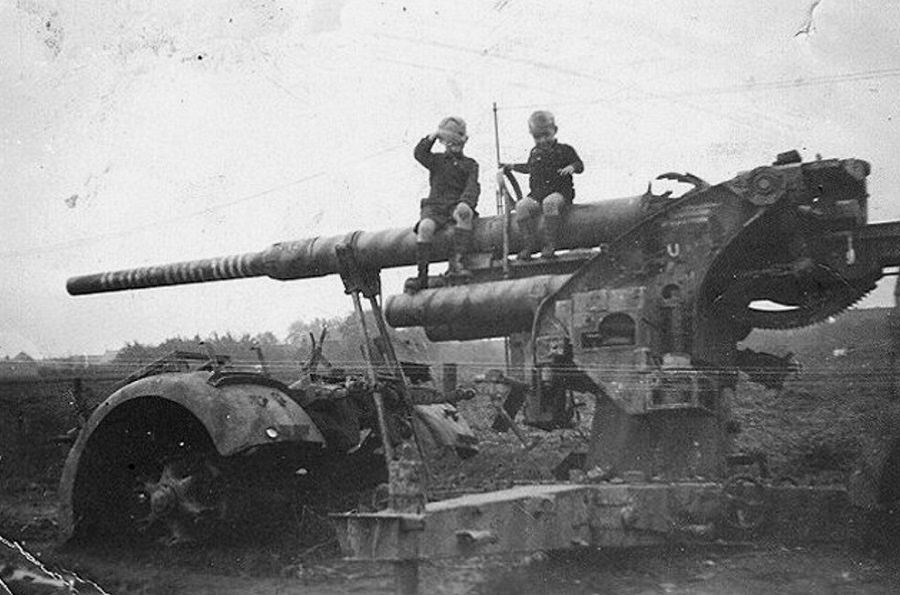 Hamsterstraat is not a town in the Netherlands. It’s literally just a street named after hamsters. [I found the same picture on a website about Eindhoven during the war]), where it was uploaded by one of the boys on the cannon. The date is incorrect too as apparently the photograph was taken in 1945 or 1946.

Kill rings? Unless you’re the only AA gun in operation how can you confirm a kill? Maybe every gun in the unit gets a kill ring when a plane is brought down?