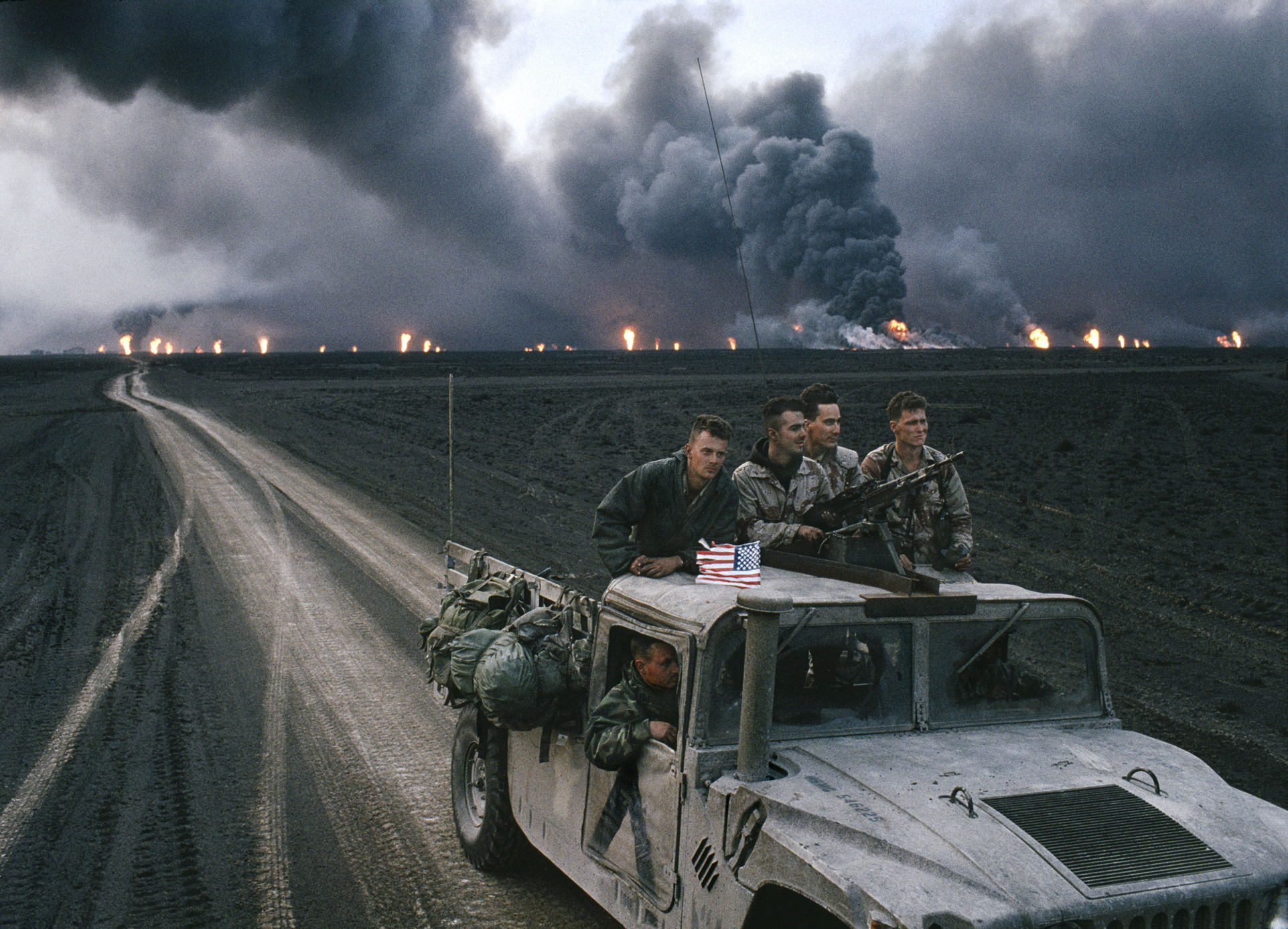 First of all, that photo looks like a movie poster. Just the intensity and relief in the faces of the soldiers is amazing.

Here is another similar photo – http://www.interference.cc/wp-content/uploads/American-soldiers-inspect-a-charred-corpse-in-the-Burgan-oil-fields.jpg

If you interested then “There is a film called Fires of Kuwait that shows the firefighting effort by the US among others to put out all of the wells the retreating Iraqi army set ablaze.”

Anton9000: It’s probably worth noting that Iraqi forces started the oil field fires (as far as I know):
https://en.wikipedia.org/wiki/Kuwaiti_oil_fires

The title could mislead into thinking that the US forces started the fires.

Thanks for your service, whoever you are.

BoinkBoinkEtAliae: That was such a strange war. They should have looked back at Kuwait to realize that Afghanistan and Iraq was not simply going to be Liberation of Europe 2.0, like Bush and his adminstration assumed.

Rustdusty343: For the lazy-. The Kuwaiti petroleum fires were extinguished in early April 1991, and the first well fires were caused by Iraqi military forces in the Persian Gulf War.

RomansbeforeSlaves: The burning oil fields are so iconic it should be on their flag