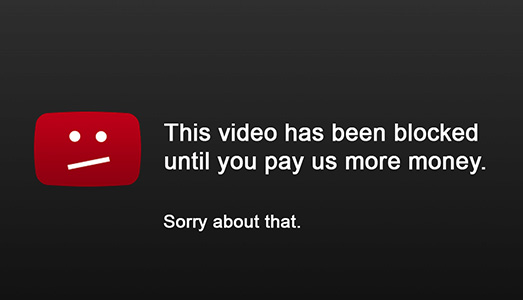 Source
sock_lover: Why didn’t the US government just install the fiber net themselves and rent it or give it freely to any ISP? Absolutely crazy that these companies did not get any punishment at all for this fraud ofc.

junkinsway: They ran the cable right through my front yard and I still can’t get internet where I live.

f_bastiat: Here n FL we gave i believe it was Duke Energy several billion to build a nuke plant and then the job fell through and i dont think we ever recovered a huge portion of that money. It was in the news a few years back. 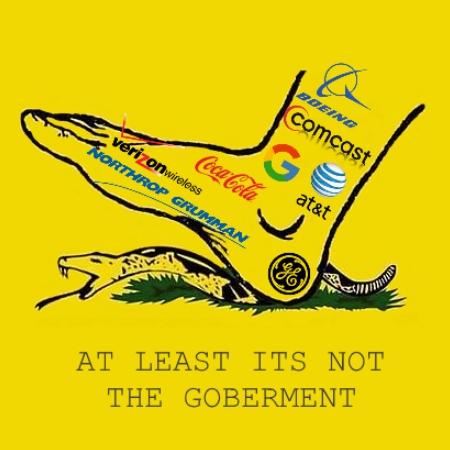 LilGriff: See, I’ve heard this both ways and I’m not sure which is the truth

Telecom companies and ISPs lobbied congress to give big tax breaks, quoting establishing an updated network in exchange. “We save a bit of money and use some of those funds to do this really big project”. Except they just took those benefits, ran with it and then never talked about it again.

Same story as above, except they didn’t run away with the money. While they were quoting fiber internet lines, this was 1996 or something. Wireless was starting to become a thing. The telecom companies had no contractual obligation to put in fiber specifically, so they opted to put in the infrastructure and research into wireless.

I am not sure which is true, but those are the two version I’ve heard. I haven’t done nearly enough research to reach any solid conclusion.

KuhnSecurity: This shit happened with Frontier in WV. We gave them like $250 million and they didn’t install fiber like they promised…. We fined them like 10% of what we gave them and said “oh well.”

boston_trauma: How is this a conspiracy? This is widely known and accepted, is it not?

insanemetal187: I keep seeing this, along with the PDF and I really rather not have to buy it and go through it but does anyone have the tl;dr on what exactly happened to the money?

400b doesn’t just go to stock holders, and if that money went to higher ups we’d see more billionaires at ISPs which we really don’t.

Every time I see a write up on this it’s about how they all get different cuts and direct payments but is there anything that tracked where this money ended up going exactly?

nomad80: So you give them money to do nothing, so they can charge you more money later?

ZeroXephon: Is it a conspiracy if it actually happened?

hopopo: What do you mean they did nothing?

* They used the money to pay executive bonuses

* They petition local governments not to press charges

* They hired lawyers to fight hundreds of lawsuits big and small

All that cost a lot of money, if nothing else we should be thankful they didn’t need more of our money to fuck us!!!

pubicimeanpublic: I’m comfortable trying and executing every possible executive and lawmaker who facilitated this corruption.

GuyBannister1: I wish someone would document all the money the government wastes.

Varg_Burzum_666: Then maybe we should stop giving corporations money that was robbed from people.

-29-: Fiber is the backbone to the ISPs but it stops at their COs. The existing infrastructure to the customers works and people are willing to pay for what’s available.

Mike072292: I got fiber internet. So thanks guys. Now I can play mine craft no problem

Barthaneous: And then there are people who think “free healthcare is a good idea” wtf is wrong with us to allow this type of criminality.

karmachanical: china is already testing and rolling out 5g. they will have universal broadband everywhere soon.

Indigoh: And what can we expect people to do about it?

VirtualTom: My little shitty town is one of those that got a big chunk of that money, laid all the fiber but still offering ADSL over copper… 1Mbps line.

ruinher: Serious question: Is it possible to sue the fed and these private companies for lack of regulation of public funds?

SEND_ME_BITCHES: And people think lowering taxes for these companies will put more money in their pockets. Gtfo.

die-microcrap-die: Oh but they did something with that money, they bribed err, provided political contributions to the corrupt politicians and another part was used to sue the few places which still cared about us the plebs.

sexysanders: If the fiber is already there can we just crowdfund a nonprofit wireless ISP to provide coast to coast access free of corporate control, with the goal of promoting network neutrality and uncensored access to the web?

f_k_a_g_n: This is a spam account and the linked website is a spam blog. Here’s how this particular type of spam works:

1. Find an article that did well on the sub.
2. Make a new blog site from a template and copy/paste the content from the original article to your site.
3. Post it in the same sub, and use some of your other spam accounts to upvote and get things going.

Sometimes, these sites actually have cryptocoin miners that run in your browser, or other malicious garbage.

This particular article was posted on this sub in April 2017:

The Book Of Broken Promises: $400 Billion Broadband Scandal And Free The Net

tonykrause: lol right i forgot that i get to choose where my tax money goes.

this is just typical corporate greed and money in US politics at play.

Sasuke082594: This is why I go exempt half a year every year and break even because the government is corrupt with the citizens taxes. I’m done giving them my money.

idonthaveacoolname13: Yet another reason to defund government

BetaThetaPirate: The internet I use is invisible. Why would we want it made out of fiber? Seems cumbersome.

ArizonaIcedOutBoys: I have att fiber ?

WhiteCrake: Its like when the government runs something they fuck it up… Well that’s none of my business. Back to the front page of Reddit to up-vote every URGENT NN post…

bukithd: I’m a firm believer in the idea that any and all infrastructure should be controlled and built by government.

Twitchypanda: Comcast’s network is almost entirely fiber, except for the poles to the customer (coaxial), unless they pay for fiber. 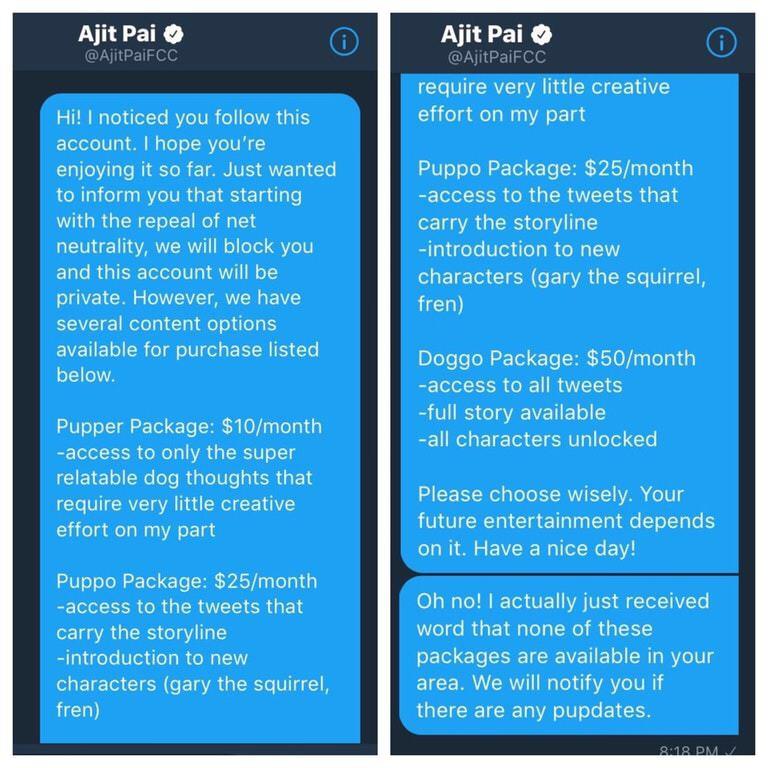 What would the transitional period following the repeal of Net Neutrality look like?

It’s starting to look like the repeal of net neutrality is a very real possibility in the coming weeks. I have a few questions are about what the transitional period afterwards would entail.

How long until the new rules would go into effect and when would those changes begin to affect the structure of the internet?

Would being grandfathered in to an ISP contract before this repeal exempt a consumer from being affected?

Would gamers find themselves suddenly unable to connect to their servers without updating their internet packages?

Could the FCC in a future administration simply reinstate the net neutrality rules, or would this be a Pandora’s Box-type scenario without congressional legislation solidifying net neutrality into law?

I suppose the gist of my questions is how rapid is this transition likely to be? I don’t imagine it will be too quick like flipping a switch, but I’m curious to see to what degree and how quickly this will begin to affect consumers.

eccitaze: Over the immediate term, little to no change. If they make immediate changes, that will immediately tie “the ISPs are fucking me over” with “they just got rid of net neutrality.” People will put two and two together, and suddenly net neutrality becomes a big deal again. In addition, whatever rules are put in place are highly likely to be challenged in court under the theory that the change is capricious. Even assuming that the challenge fails, ISPs are unlikely to start making significant changes until the dust settles and the legal challenges are resolved, since if the rules get overturned they will end up wasting time and resources implementing something they can’t use anymore, and potentially getting egg on their face if they went public with their planned changes.
I won’t speculate about long term changes should NN repeal survive its legal challenges, but rest assured that it won’t be good for consumers.

Kevin-W: Imagine, something very gradual like this:
An ISP like Comcast whom has a data cap that charges overages starts exempting their own services and their media companies’ sites from the cap. Next they’ll start striking deals with various websites to also exempt them from the cap and promote it as “free data”.
One this is normalized, they’ll go further, like throttle all video down to 480p because “it’ll be more efficient for our network”, but allow consumers to pay more in order to get unthrottled video.
Finally they’ll sell a base internet package that’s really cheap, but only sites and content that they own that are either unblocked or unthrottled while allowing consumers to purchase packages that will allow them access to more sites.
“No problem, I can just switch to another ISP!” Good luck with that, most Americans have only 1 to 2 choices when it comes to choosing an internet provider.

What happens after that …?

The dashboard in a cab will look like this one in Hong Kong, the phones are blocking half of the windshield and are running various cab hailing apps. 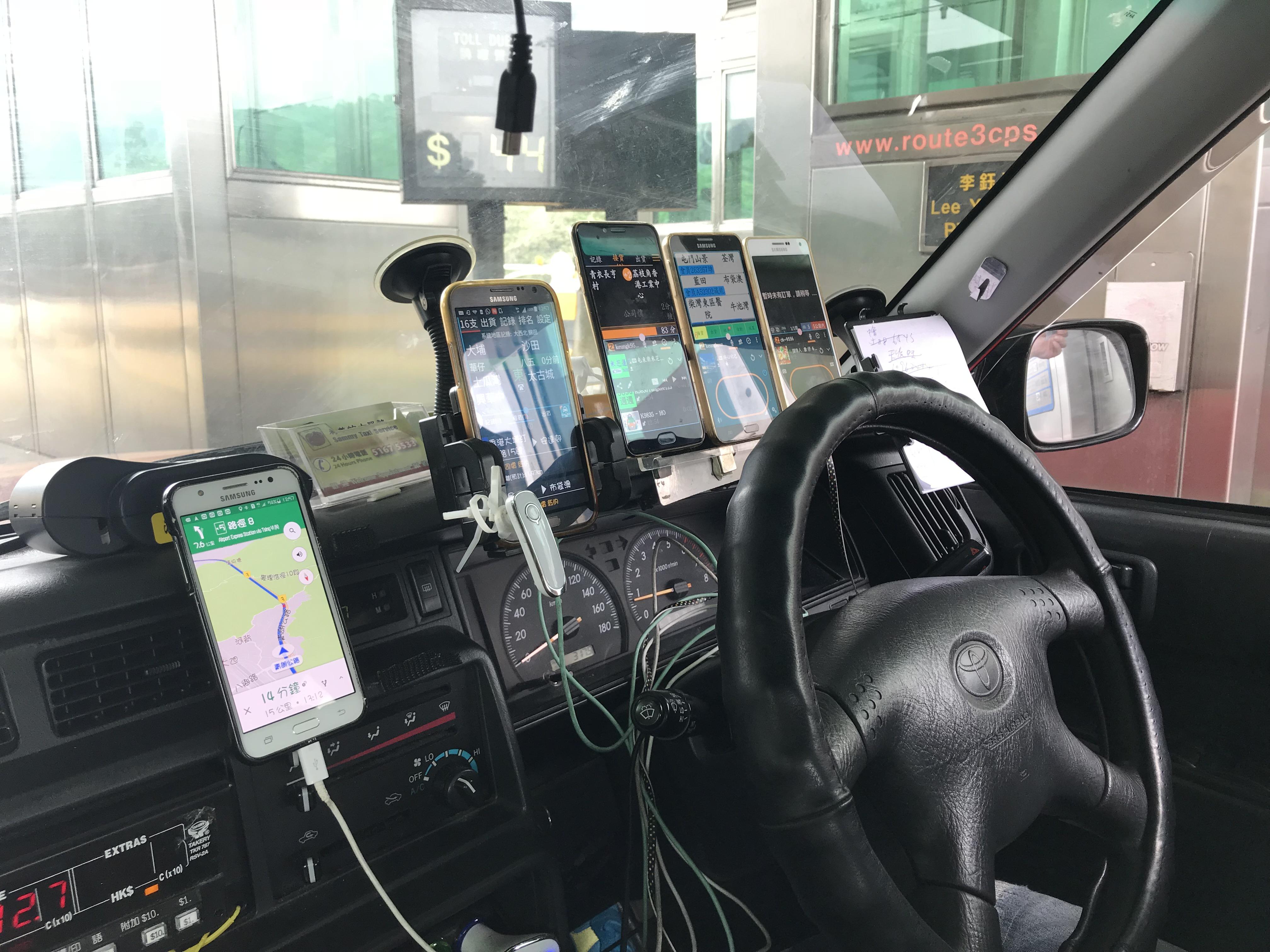 « America is being fleeced. We spend more on healthcare than any country, yet the quality of our healthcare is garbage.
“When a person tells you that you hurt them, you don’t get to decide that you didn’t.” Louis C.K. »