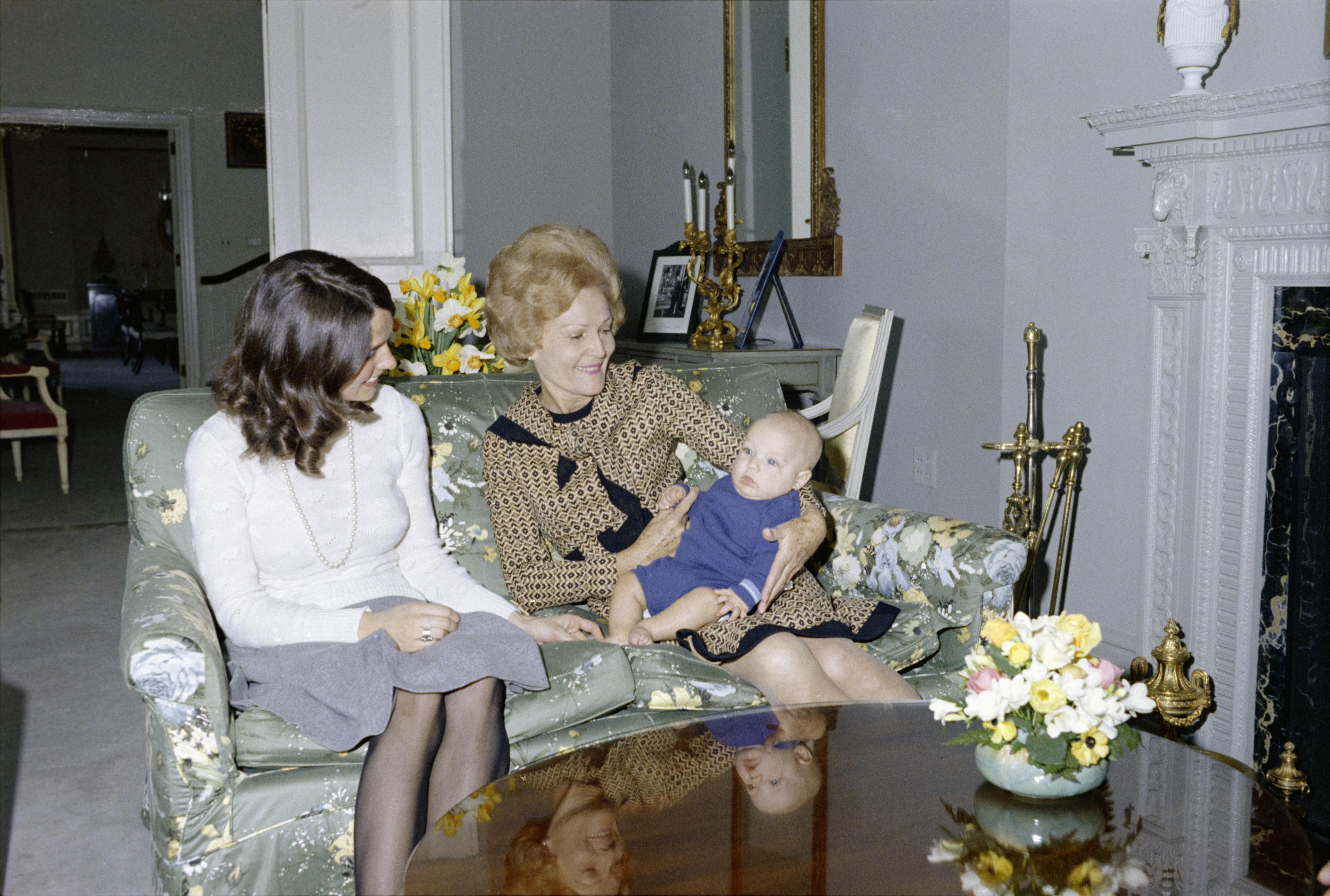 huygens2: Its almost like people who are in power were put there by generations before them

damn_this_is_hard: It’s all a big club, and you ain’t in it.

sexrobot_sexrobot: How did anyone ever think that was a nice covering for a couch?

clouddevourer: I’m just impressed how polished that table is.

solzhen: Pretty harsh flash from the photographer. Could have used a diffuser or bounced it.

ResQ_: Comments in this thread make me think: Is this the alt right’s newest sham? Spreading fake news that Trudeau is Castro’s son?

wapakalypsek: Is that Justin Trudeau in the white blouse?

mlauzon: Just tweeted the image & link about this to my Prime Minister, maybe he’ll look at it, maybe he won’t as you never know with him…!

DarkAlleyDan: Not shown – pat Nixon dropping JT on his head.

Which would explain so much about his current abilities.

Lizardbreathe3: The baby in the table reflection looks different….

Bakedstreet: How many times did she drop him?

kayakfatty: Where is his father Castro?

wapakalypsek: Also, it’s kind of gross how much of a friends club the political system is. Why even vote ? Ask yourselves that!

Desmocratic: I never gave the Castro claim much credence but now I see these pics at different ages and I wonder:

plasmaflux: He’s still a little baby with a fat head.

SemperShitpost: Ronald Regan’s wife helped him put in his first tampon, too.

Previous Post: « Captain scanning the sea with his dog and chief officer on the bridge of a Norwegian freighter, part of an Allied convoy across the Atlantic from the U.S. to England – 1941
Next Post: Woman posting a letter, London, 1940. »