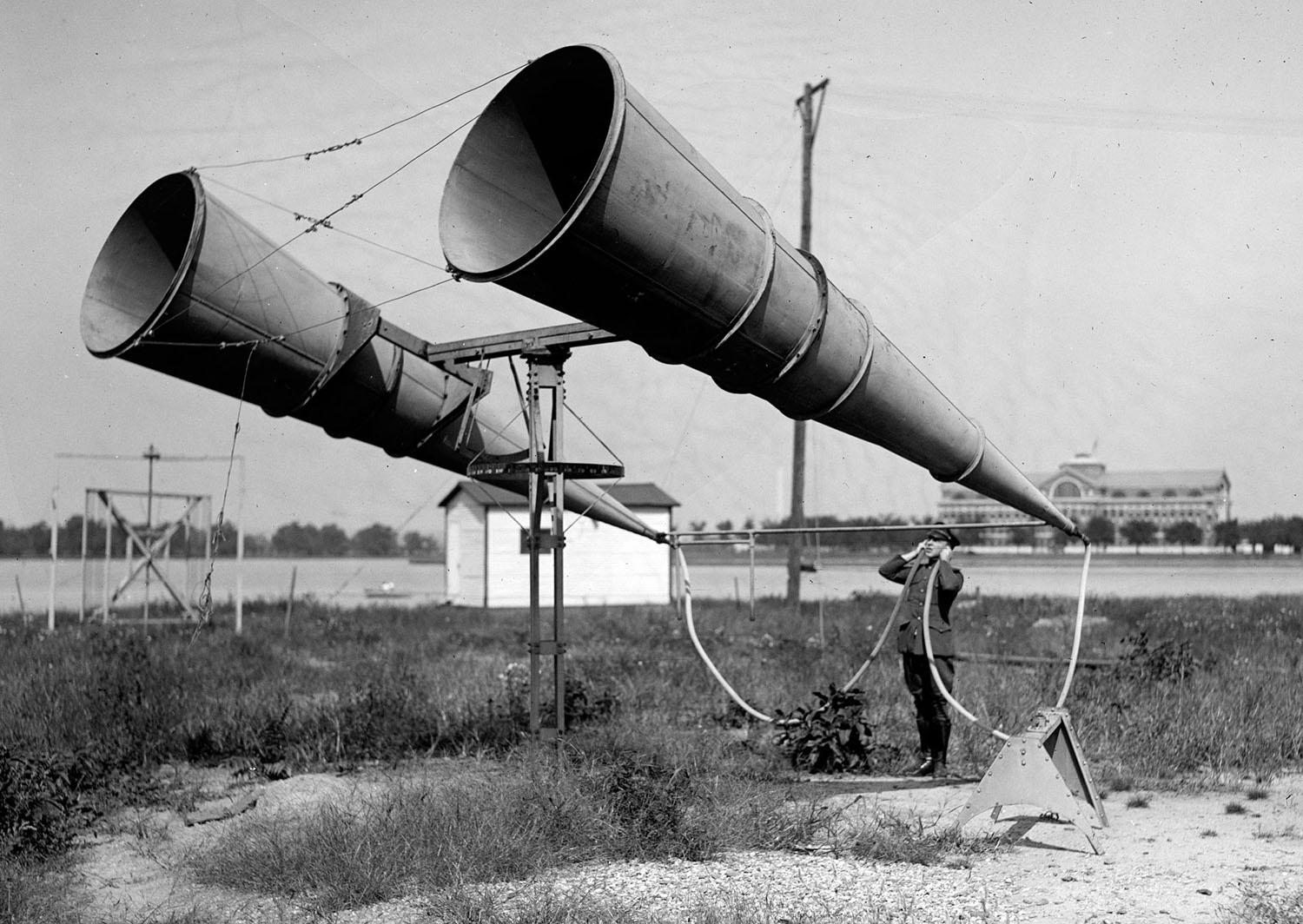 valdemsi06: Realistically how far could they hear a plane out? No way in enough time to scramble whatever plane they may right?

dfc1987: Apparently they fell under a category of “acoustic locators.” According to the couple of sources I did find, they weren’t so great at warning with enough time to scramble, so much so as they were used during overcast weather to locate enemy planes or zeppelins.

One interesting tidbit from the article:

” It has been suggested that the Germans remained wary of the possibility of acoustic location, and this is why the engines of their heavy bombers were run unsynchronized, instead of synchronized (as was the usual practice, to reduce vibration) in the hope that this would make detection more difficult.”

xuqe: You would think they could at least give him a chair.

Owlynoodles: Imagine if you were there and someone coughed.

mr_stivo: My mom could use one of these when she’s watching tv.

CanuckleheadTO: Pair this with the Futurama smelloscope and you’re good to go.

AkumaBengoshi: People don’t realize stuff like this is what made us great – back then, they would take every stupid or crazy idea and run with it; not, it they get buried under 42000 feasibility studies and everyone goes out to Applebees for lunch

BBQ_HaX0r: “False alarm… it was just a large beetle!”

grapesodatoday: EVERYONE SHUT UP IM LISTENING FOR PLANES

RKF7377: Anyone know what the large building in the background might be/have been?

Amateurlapse: And to think he could take the plane out just by sneezing into the end of them.

Previous Post: « A Panhard Armored Reconnaissance Vehicle (EBR) of the French Foreign Legion patrols the Sahara desert, through the mountainous massifs of Djanet, Algeria, in February 1958
Next Post: Raft of blanket boats ferrying field artillery and men over the Potomac River in Virginia, July 1863. Photograph by A.J. Russell. »