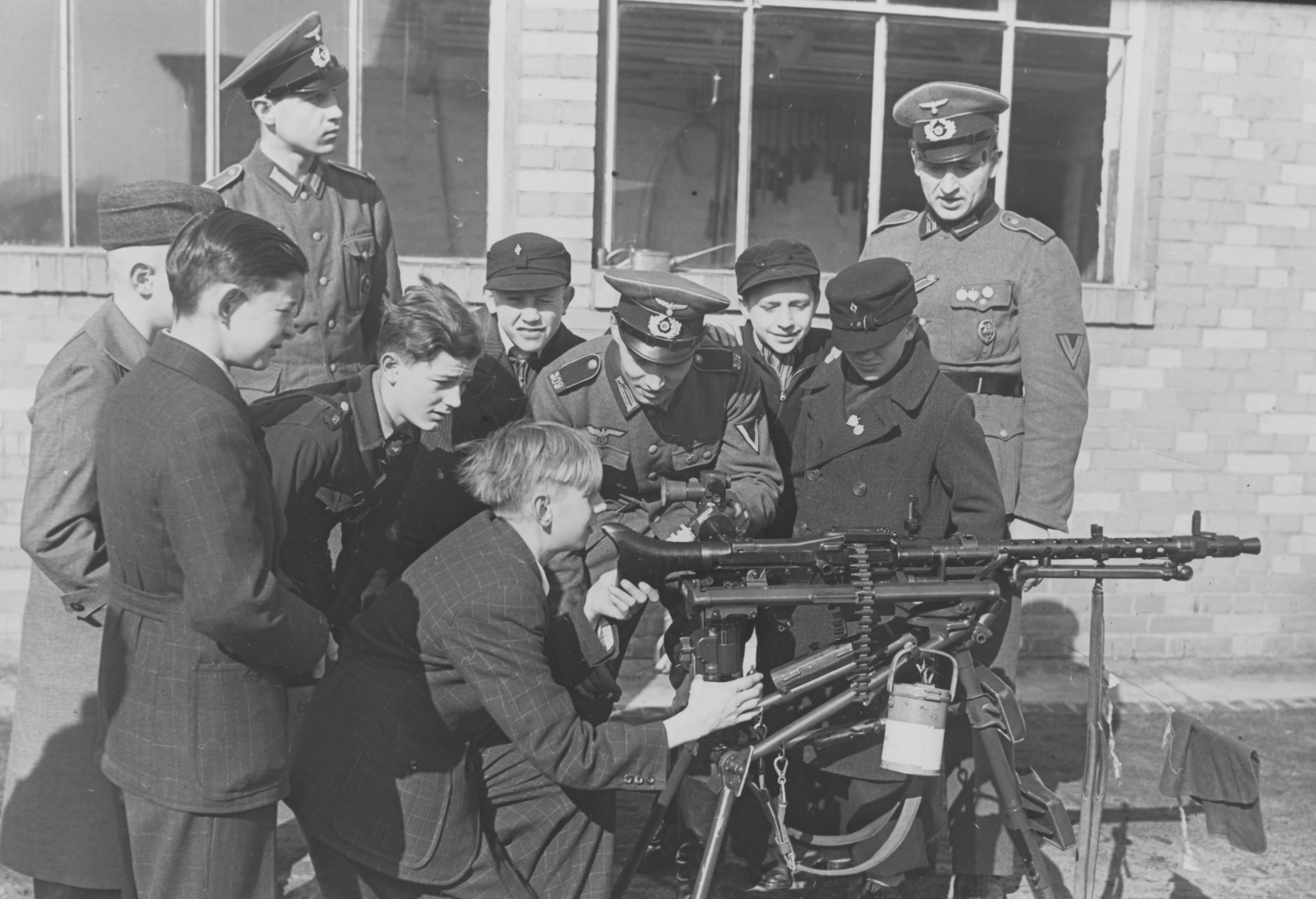 Jack_Hammond: It’s creepy. At first, I thought it might be some German officers showing off their MG-34 to some eager children, an ill-advised but somewhat innocent thing at the least. But then I realized the children were in uniform.

Comrade_Belinski: I would expect this title to have been for later stages of the war, with the volkssturm