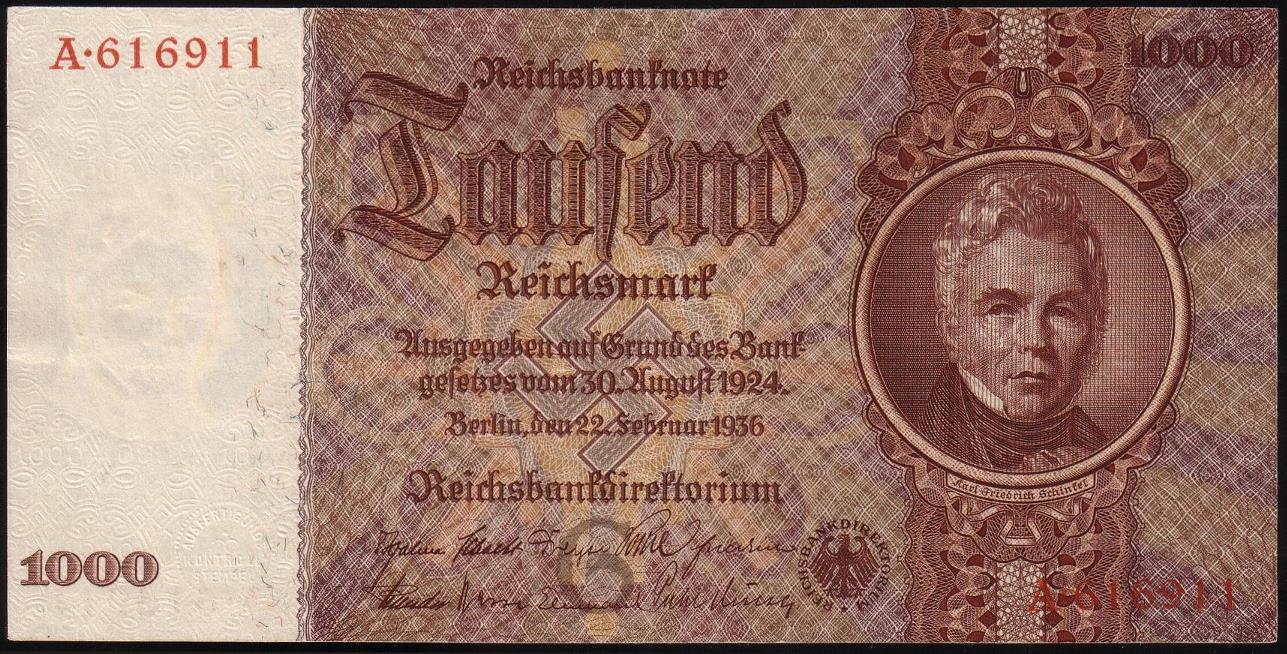 “Hitler took over the privilege of manufacturing money, and not only physical moneys, but also financial ones. He took over the machinery of falsification and put it to work for the benefit of the people. Can you possibly imagine what would have come if this had infected a number of other states?” (Henry Makow, “Hitler Did Not Want War”).

It focused more on while he was alive than when he was dead, so to expand briefly on this specific part, as I noted there, upon his death, Hitler’s estate fell mostly into the hands of the German State of Bavaria. This included his estate, the Berghof, as well as art, and some unspecified amount of money in several accounts, but at minimum around 1 million RM. Ironically, this wasn’t that far from his dictate in his personal will, which it could be said this was in compliance with, even if he might dispute whether the state, as he concieved it, had been destroyed:

>What I possess belongs — in so far as it has any value — to the Party. Should this no longer exist, to the State, should the State also be destroyed, no further decision of mine is necessary.

*However*, there were specific bequests he had made which were not initially followed, specifically the provisions made to provide for the maintenance of certain persons:

>[Borman, his executer] is permitted to take out everything that has a sentimental value or is necessary for the maintenance of a modest simple life, for my brothers and sisters, also above all for the mother of my wife and my faithful coworkers who are well known to him, principally my old Secretaries Frau Winter etc. Who have for many years aided me by their work. 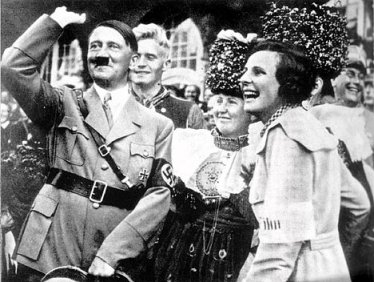 Hitler’s sister Paula Hitler Wolf spent a number of years attempting to get her inheritance, which she felt justified both by being included in his will, as well as being his nearest surviving relative. She desired both a part of the estate, as well as the potentially lucrative publishing rights to his works (which, as a side note, being held by the Bavarian state allowed them to prevent publication of Mein Kampf in Germany until recently). She began the attempt in the late 1940s, with several legal efforts, continued to be shot down. The essential argument against her claim was that as a Nazi war criminal, all his property was forfeit and his heirs had no claim to it. Additional protestations were based on the claim that the will had legal deficiencies leading it to be declared invalid.

Even still though, even then there was the necessity of declaring Hitler *legally* dead to ensure the bureaucratic niceties were met, something which was presumed, but still needed the Ts crossed and Is dotted, having lacked a body. The legal proceedings for this were begun in 1952, and finished in 1956, with the formal, official pronouncement of death certified on January 11, 1957. This allowed for the final, official passing of title to the legal heir of his various properties, mostly being Bavaria, as well as the German Federal state and Austrian state in a few cases.

However, Paula was dogged in her attempts. She finally got a court ruling to reverse the earlier decision, and on Feb. 17, 1960 the Munich Lower Court issued her a certificate declaring her rights as heir under the will, and to have claim to 2/3 of his estate. The other 1/3 was split between Alois Jr. and Angela Hitler, Hitler’s half-siblings. Alois’ children having thoroughly disavowed their uncle, seem not to have attempted to claim theirs. Paula then died four months later without ever getting anything, but Angela’s two children, Leoo and Elfride, were granted her inheritance later that year. Just what they were able to claim seems unclear. Elfride reportedly refused to accept her part of the inheritance, while Leo did do so.

The copyright to Mein Kampf remained somewhat muddled, and although Paula sold her *claimed* rights to it to a Swiss lawyer, it seems never to have been treated as anything but Bavarian state property, and any attempts to wrest that failed, whatever the disputes.

Of course as an addendum, it is possible – even likely- Hitler had secret accounts, perhaps Swiss or under aliases, which were never known, but no search seems to have ever turned up anything on that front, so we can only speculate what might have happened to them

Mostly from Hitler’s Fortune by Chris Whetton as well as Hitler: The Survival Myth by Donald McHale. 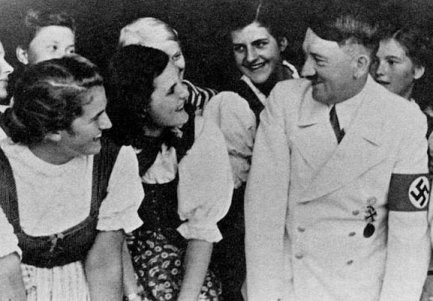 Was Hitler corrupt like other dictators of the 20th century? Did he have personal accounts of billions of dollars? Did Hitler glean any personal wealth from being Fuhrer?

Being Führer was pretty profitable. On the face of it, Hitler did not accept a salary for the position in order to look selfless, but it isn’t like he needed the 45,000 Reichsmarks per year, so the gesture (which he loved to harp on – “German people, give us four years, and I swear to you, just as we, just as I have taken this office, so shall I leave it. I have done it neither for salary nor for wages; I have done it for your sake!”) cost him nothing. Having no employment himself while leading the Nazi party in the 1920s, he depended on party funds and donors for the most part. Mein Kampf sold OK in the 1920s, but hardly was making Hitler rich, earning him 19,843 Reichsmarks in 1925, and 15,448 Reichsmark in 1929 for instance. As he rose in stature in the early ’30s though, sales rose a bit, and then when he became Chancellor, they soared. 1933 saw him take in 1,232,335 Reichsmarks off of sales! Even better for him, it was tax free. To be sure, it wasn’t originally supposed to be, he just didn’t pay taxes on his income that year. There was an investigation initially, but who is going to tell Hitler he has to pay his 400,000 Reichsmarks in backtaxes!? Well, the tax office briefly tried to, but were told to screw off, and in the end, he was retroactively declared tax exempt, so didn’t have to pay taxes on any of his royalties from the book, which sold some 10-12 million copies by the time of his death, earning him a very substantial personal fortune. The papers detailing his failure to pay were even destroyed, and the head of the tax office given a 2,000 Reichsmarks raise (tax free as well) for doing so.

In addition, Hitler received royalties from newspapers when they printed his speeches (which of course they pretty much were required to!), and even demanded that he be payed for the use of his portrait on German stamps, which earned him at least in excess of 50 million Reichsmarks, since he received a check from the Ministry for 50 million Reichsmarks. And while he didn’t receive the official salary or expense account (an additional 18,000 Reichsmarks) that came with his office, that was peanuts to the 24 million Reichsmarks earmarked in the state budget by 1942 to be used at Hitler’s personal direction.

Beyond state corruption and abuse of his position, plenty of other underhandedness kept Hitler living large though. German business interests such as IG Farben and Deutsche Bank donated millions of Reichsmarks to the ‘Adolf Hitler Spende’. Initially started in early 1933 to fund the Nazi party during the elections that shortly followed Hitler’s instatement of Chancellor, once the party no longer had to worried about elections, let alone marginally contested ones, it essentially was just an expense account for Hitler. And of course beyond that, anyone wishing to curry favor would be happy to bestow lavish gifts on Hitler, Kershaw describes his birthday in 1939 thus:

Speer, by now the firmly established court favourite, presented a delighted Hitler with a four-metre model of the gigantic triumphal arch that would crown the rebuilt Berlin. Captain Hans Baur, Hitler’s pilot, gave him a model of the four-engined Focke-Wulf 200 ‘Condor’, under construction to take service as the ‘Führer Machine’ in the summer. Row upon row of further gifts – marble-white nude statues, bronze casts, Meissen porcelain, oil-paintings (some valuable, including a Lenbach and even a Titian, but mostly the standard dreary exhibits found in the House of German Art in Munich), tapestries, rare coins, antique weapons, and a mass of other presents, many of them kitsch (like the cushions embroidered with Nazi emblems or ‘Heil mein Führer’) – were laid out on long tables in the hall where Bismarck had presided over the Berlin Congress of 1878. Hitler admired some, made fun of others, and ignored most.

As an interesting afternote, Hitler’s estate reverted to the Bavarian government upon his death, which included the rights to Mein Kampf, allowing them to prevent the publication of in Germany, but it will enter the public domain this coming January, allowing it the publication to happen, although with the internet existing, this might not be as big of a deal as it could have seemed otherwise.

Where do profits of Mein Kampf go now?

Well, here’s an interesting point. Pre-war, two publishers had claims to the American copyright of Mein Kampf: Houghton Mifflin Co., which had received permission to publish in the United States from the German copyright holder, and Stackpole Sons, which determined that Adolf Hitler was a “stateless German,” and that therefore, he had no claim on the protection of any national copyright law. (Remember copyright law is a federal issue, expressly reserved to Congress by the Constitition.) Stackpole started publishing, therefore, saying it owed no royalties to anyone, and Mifflin sought an injunction to stop them.

In a lengthy opinion on the intended breadth of the copyright law, the Second Circuit Court of Appeals (the appeals court one step below the Supreme Court for New York and a few other states) awarded Mifflin the injunction:

Any other result than this would be unfortunate, for it would mean that stateless aliens cannot be secure in even their literary property. True, the problem of statelessness has only become acute of late years, but it promises to become increasingly more difficult as time goes on. The rule contended for by the defendants would mean that the United States, contrary to its general policy and tradition, is putting another obstacle in the way of survival of homeless refugees, of whom many have been students and scholars and writers.

This is a partial answer, but it’s a pretty interesting discussion of who copyright law is meant to protect and why. Apparently the Second Circuit panel also included Judge Learned Hand, a legend in his own right, and his cousin Augustus Noble Hand.

From there I found an article suggesting that the government seized Mifflin’s Hitler-related proceeds during the war. But now I’m proceeding from Google rather than any specialized research skill, so perhaps I should wrap it up. 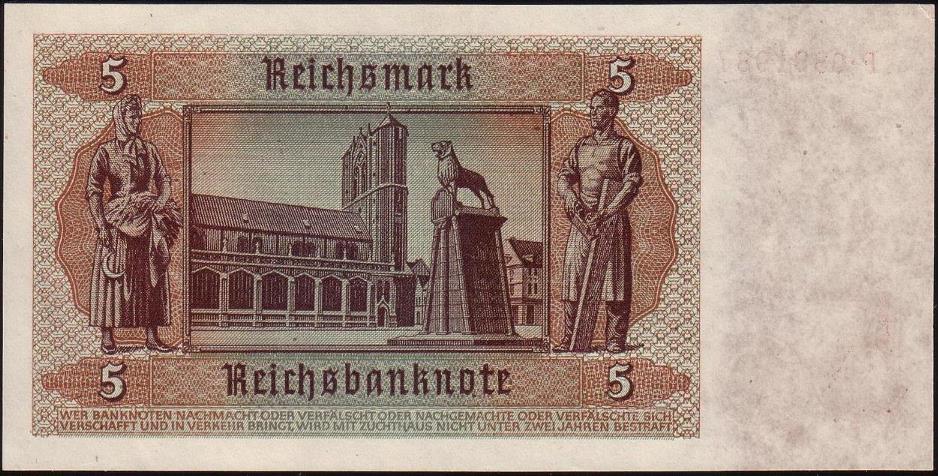 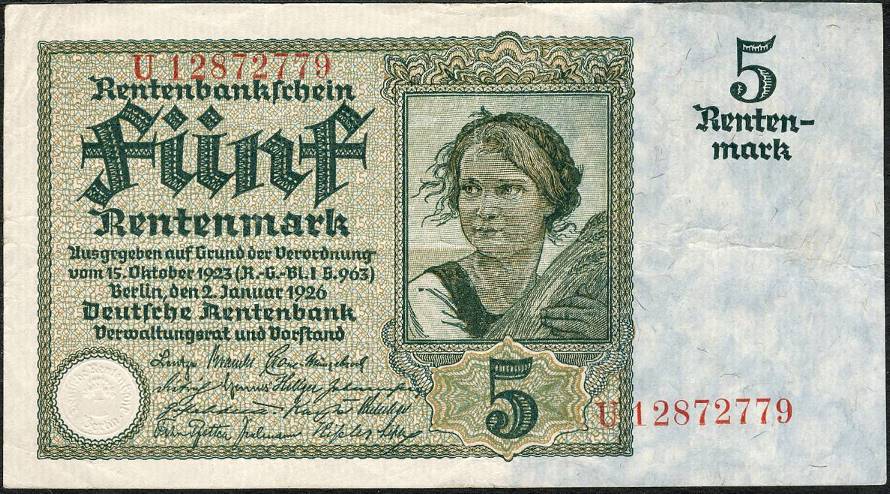 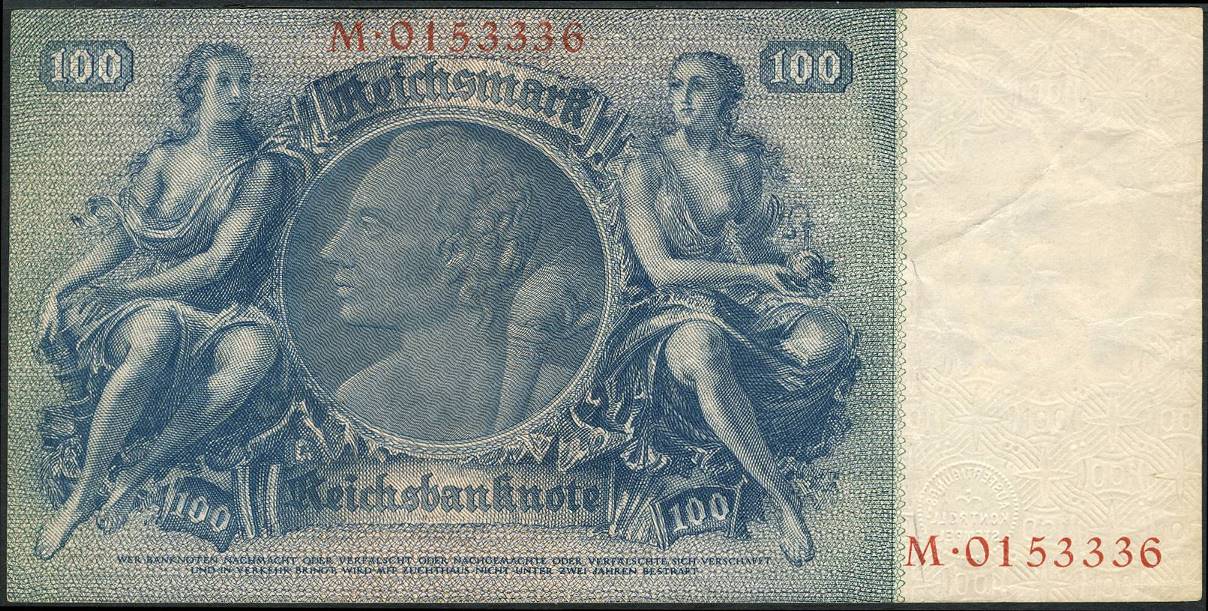 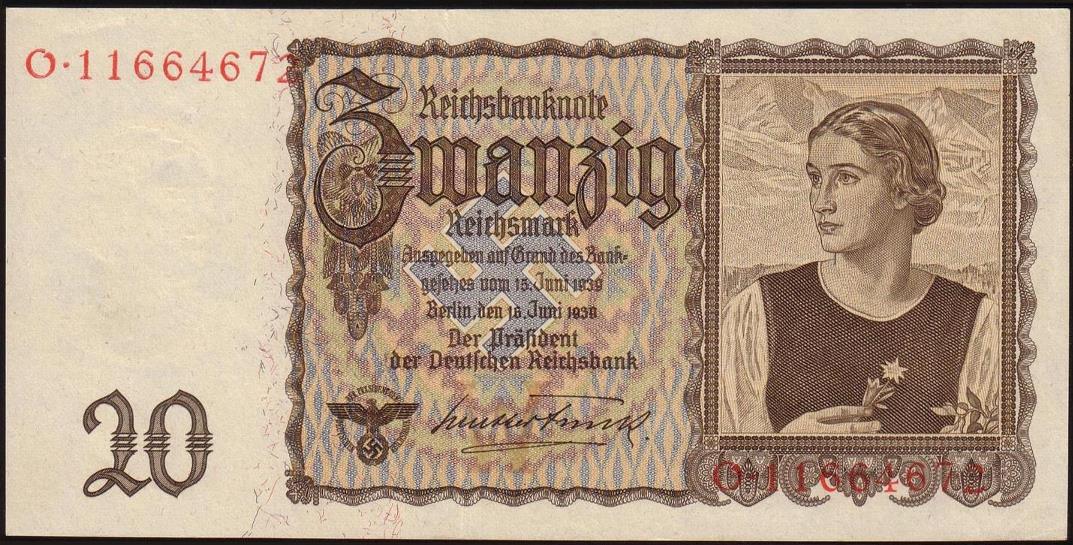 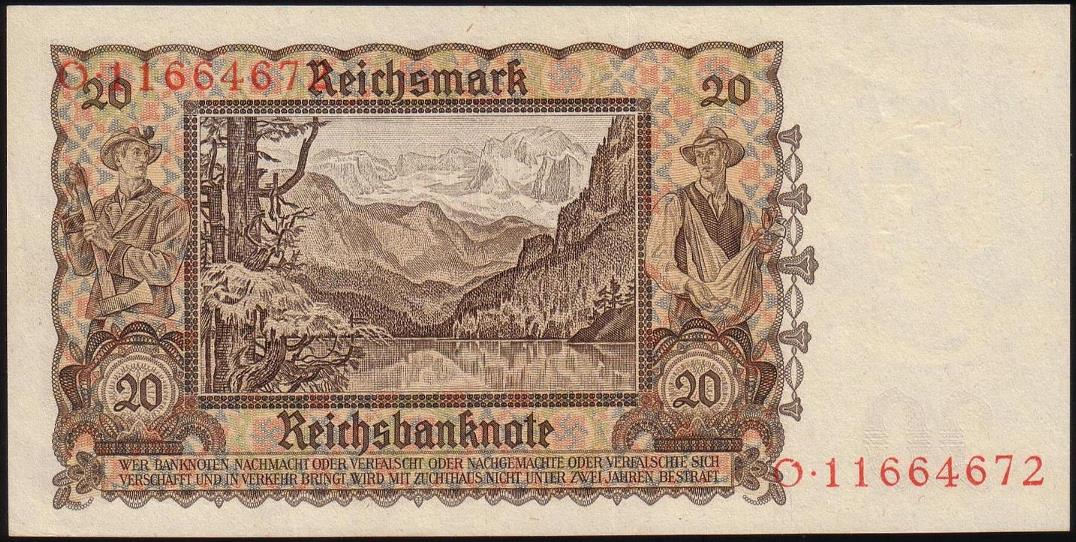 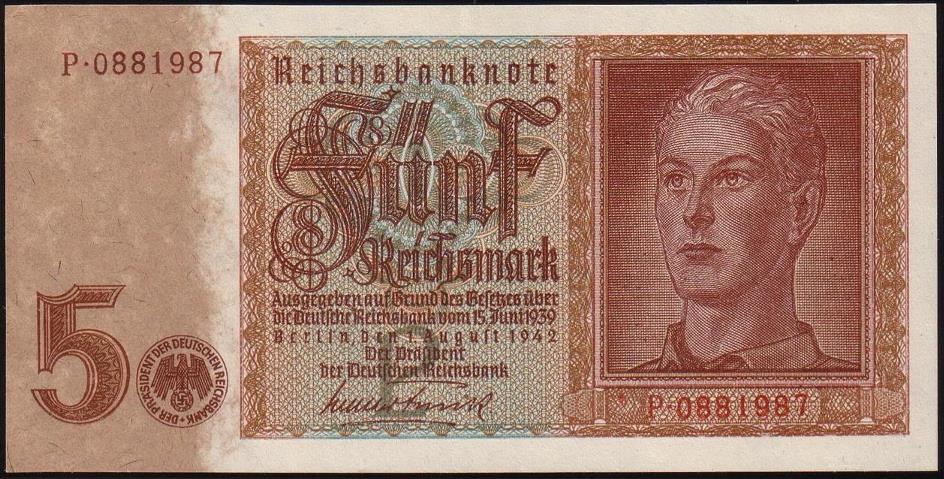