I keep seeing photos from Iran in the 1950’s where women can wear/do what they want. What happened?

How did a country relatively on par with the US in terms of fashion and general mindset (going off the photos and short articles I’ve read), suddenly turn more restrictive? 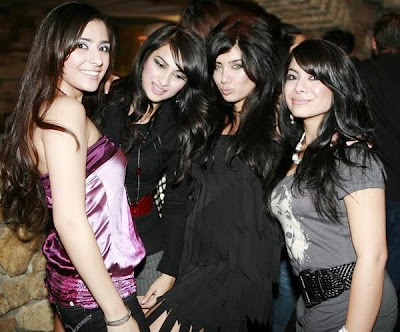 Far from being the bad guy, the Shah was a supporter of modernization and secularization. He’s why the women in those pictures didn’t have to wear hijabs.

And the US didn’t put him into power in the 50’s, the Soviet Union did in 1941 by forcing his father to step down.

The prime minister the US supposedly threw out of power to install the Shah (who instead already held power), and who the communists call a great guy, was actually a radical aligned with the violent socialist National Front. One of his early major policies was to force landlords to pay 20% of their revenue to their tenants. He also manipulated a general election to stack parliament, and had them grant him 18 months of “emergency powers” to exercise unlimited authoritarian control, in which time he pushed laws through for even greater land confiscation and redistribution.

He then forced a referendum to dissolve parliament entirely, and manipulated the election process with blatant corruption and threats (for instance requiring different voting tables for yes and no) so that the referendum passed by over 99%.

He did nationalize the Iranian oil industry to block the UK who had helped build it, much like Hugo Chavez did in Venezuela, but he was nationalizing every industry as well, including agriculture and real estate. The economy was collapsing and every educated person was getting super pissed.

Around August 16 of 1953, like the Emperor in Star Wars, he suspended the Iranian parliament entirely and indefinitely, and extended his own emergency powers.

The Shah (who had been the Shah for 12 years already) finally responded by ordering the dismissal of the PM. This triggered protests and violence, and within 3 days the Iranian people and the military took sides with the Shah and arrested the PM.

That was the “coup”.

The radical socialist PM who had dissolved parliament through vote manipulation was finally fired by the Shah who had been in power for 12 years and who had in fact written the very authorization that gave him the power to fire a PM. Back in 1949.

And now socialists say that “the US overthrew the democratic PM and placed the Shah in power, and that’s when democracy and secularism died in Iran!”

There’s the real story of women in Iran. You see any mention of that dictatorial socialist prime minister? It’s all due to the two Shahs, and things were going well until the radical muslims gained control.

Prime Minister wanted to nationalize the oil fields of Iran, the UK and US overthrew him and put the Shah in power, the Shah was a despotic absolute monarch, there was a revolution and the Ayatollah was put in power.

There’s obviously more to it than just that, but that’s the basic gist of it.

The most remarkable parts are that it was largely driven by mass student protests, and that the regime’s “White Revolution” they’re protesting just modernized/westernized/liberalized the country.

The Shah was totally shocked at the mass protests. I see the White Revolution as a very progressive, profitable move. And popular, but people were rioting against him.

There is difficulty in that the Shah’s reaction to the riots- even if the rioting could be deemed “baseless”, was bad. It appeared indecisive and he lost control of the situation.

From what I can tell, the Shah appears pretty pompous with his military uniform festooned with medals, which I guess may not have played well for the young people. I hear his progressive social moves were unilateral, thus could be seen as tyrannical.

I’m not clear what people at large thought they were fighting for. The govt just fell apart. Khomeini did have a background of revolutionary speeches but I’m not sure if you can say he drove the revolution, rather than take advantage of the chaos.

Religious rule usually carries a promise of being eternally driven by integrity and principle, and accuses secular rule as being corrupt and unprincipled.