Obviously, there were significant cultural and trade relationships between South Indian kingdoms and Roman empire.
This historian states that India exported a number of perishable goods to Rome, and as a result there isn’t much evidence in Europe- except in Pompeii. In the Indian side, we have a lot of gold coins, Roman amphora jars etc.

I was curious to know about any recent discoveries on this subject. 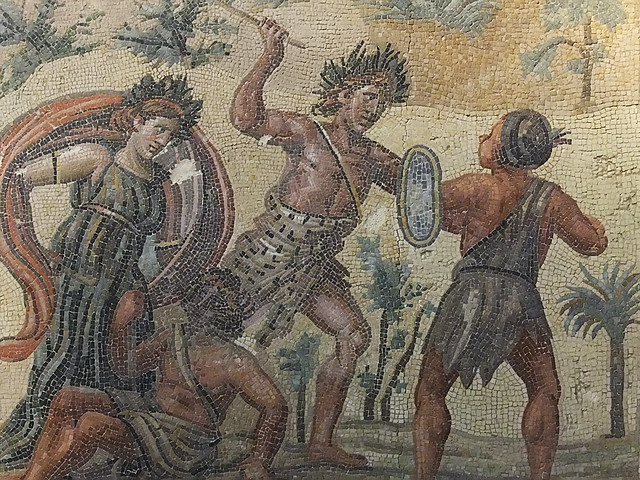 This is sort of a difficult question to answer in anything like a reasonably short space, so I am going to give a very vague overview, but would be happy to expand on any points that are raised in the description.

The earliest known examples of material exchange along the Indian Ocean is fairly early into the Neolithic, where pearls from the Persian Gulf (still highly valued today) have been found along the coastline and up into Syria. During the Bronze Age, there is evidence of commercial interaction between Sumeria (southern Iraq) and the Indus Valley culture that was primarily located in modern day Pakistan but stretched from Gujarat to Tajikistan. So it is worth noting that maritime commerce in the region is very old, and thinking of it as “Roman” is probably the wrong way to do it.

The Greeks acquired the taste for Indian goods, particularly pepper, probably as a result of the Assyrian and particularly Persian empires unifying what is now called the “Middle East”. Alexander’s conquests in turn ignited something of an “Indo-mania”, with Indian luxury goods becoming the epitome of the exotic, Indian “gymnosophists” (naked wise men, perhaps Jains) getting popular follwings in greek intellectual circles, and Indian elephants having a brief period of military importance in the Hellenistic wars. This is the cultural environment Rome took over when it unified the Mediterranean basin.

The actual course of Indo-Roman trade was largely through Egypt’s Red Sea coast, hinged on the Upper Nile city of Coptos, where well marked and fortified desert roads led to port towns such as Berenice. From there, Roman merchant ships departed for India, carrying wine and gold in the form of the high purity Roman coins (also certainly other goods such as grain, but wine and gold show up best in the archaeological record). From India, the received primarily black pepper, which shows up in huge abundance in the archaeological record of the Egyptian port cities, where the desert climate preserves organic material. They probably also received other goods such as dye, cotton, silk from China, and gemstones (until relatively recently all diamonds came from India), but pepper is the item that is most commonly discussed in literary texts.

The heyday of this trade was from a little bit before 1 CE to about 100 CE, with the peak halfway between. It is very common for basic overviews to date the drop off to about 160 CE, when the Roman empire entered a long period of crisis (or at least had a very bad plague) but the material evidence does not really support extending it that far forward–trade continued in the second century but in a much reduced level. There was another uptick in Late Antiquity, but honestly the evidence around that has a huge number of problems.

Probably the biggest “discovery” in recent times was that many of the late Antique pots in India that were previously identified as Roman were actually Persian in origin, which points too a much more complicated environment than “Romans going to India and coming back”. Individual Roman merchants also made it all the way to China and Southeast Asia, and individual Indians arrived in the Roman empire, but it is difficult to give a scale to that.

One of the more interesting sources for this is the [Periplus of the Erythraen Sea](https://sourcebooks.fordham.edu/ancient/periplus.asp), a handbook for merchants plying the route. A good, widely available book about this is Raoul McLaughlin’s *Rome and the Distant East*, a much more rigorous and academic book is *Pepper from Pots: The Indo-Roman Trade*.

I want to stress again that I cut this down to the bones and left a lot out that is very interesting (such as potential merchant colonies) in the interest of space would be happy to expand on anything.