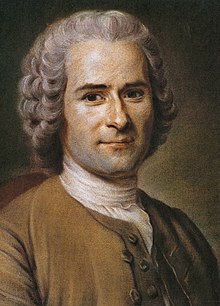 Quotes
Man is born free and everywhere he is in chains.
The world of reality has its limits; the world of imagination is boundless.
Childhood is the sleep of reason.

Previous Post: « Apollo 11 astronauts, still in their quarantine van, are greeted by their wives upon arrival at Ellington Air Force Base. July 27, 1969
Next Post: “New beginnings are often disguised as painful endings.” Lao Tzu »