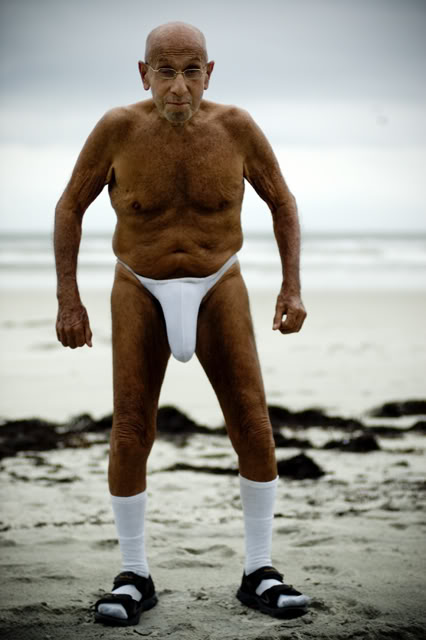 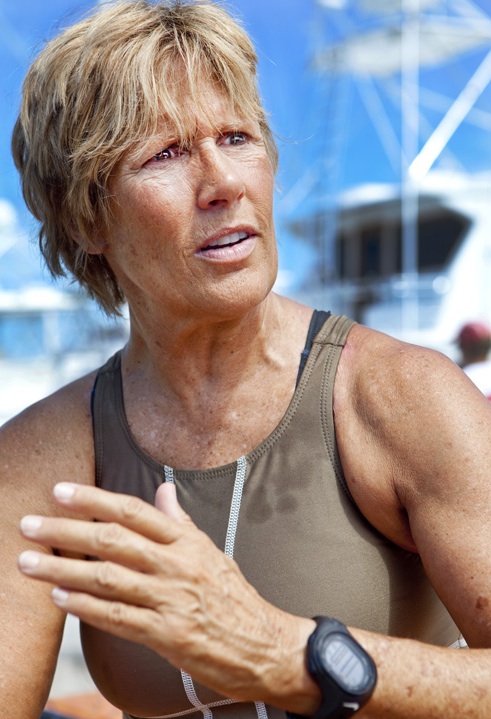 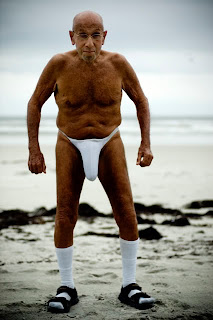 Almost as soon as Diana Nyad completed her historic swim from Cuba to Florida and
emphatically stated, “You’re never too old to chase your dreams,” a fitness revolution was
born. People from 60 to 80-years old, inspired by their new hero, headed for swimming
pools across the globe. 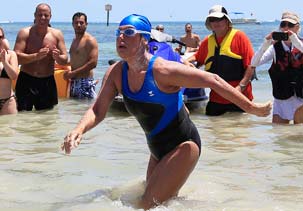 “I’ve never seen anything like it,” said Fennis Dembo, general manager of LA Fitness in
New York City. “It was like they said, ‘To hell with the family picnics and barbeques. By
4 p.m., this pool was packed with older people.” 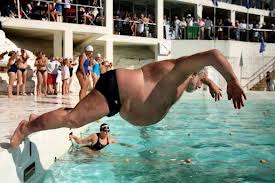 “Open water swimming is where it’s at,” said Wentworth, a retired hedge fund manager
who spent five years in prison for insider trader. “I’m bored with P90x and CrossFit. I needed
a new challenge. I’ll start with something easy, like swimming the English Channel, and then
move on to bigger things such as crossing the Pacific.” 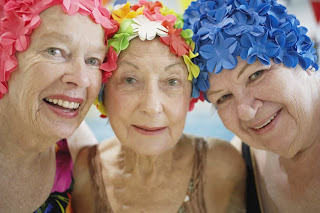 Rosemary Davis, Betty Williams, and Pookie Rothstein, all 73, said they haven’t excercised
in more than five years, but after seeing the 64-year old Nyad swim 53 hours, they got pumped
as they once did for Olivia Newton-John’s music video, “Let’s Get Physical.”

“Today was the first time I had been in the pool in a long time,” sad Davis. “But after swimming
just one lap, I was ‘off the chain’. Is that how they say it? I’m not ready for shuffleboard and
early bird specials just yet. I think I’m going to try to swim across the Hudson River next spring. 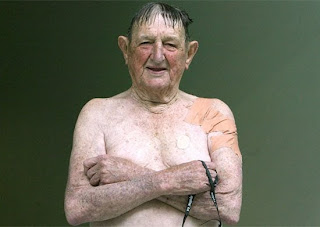 Swimming merchandise was flying off the shelves at “The Sports Authority” in Shreveport,
LA.

“At this time of year, we usually see a spike in gun and ammunition sales,” said Billy Joe
Robideaux, sales manager. “But after Ms. Nyad completed that friggin’ swim, people came
in for goggles, jelly-fish repellent and Speedos. I tried to steer them older folks from those
tiny swim suit and get into something a little more comfortable for their liking. But they
wanted the thing that offered the least resistance, so I gave them the smallest speedos I
could find. LMAO. Good luck with that.” 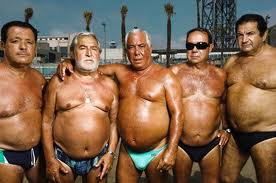 Billy North, coach of the Masters swim program in Tupolo, Mississippi, was inundated with
thousands of phone calls shortly after Nyad removed the mask that protected her from jelly-fish
stings when she was done.

“Brother, I have not had this much attention in my program for years,” said North. “These
people were demanding. They wanted to know when the first practice was in the morning
and how many they could do in a week. They didn’t care nothing about the cost. I said, ‘Well,
it might be a little early for you because it’s at 5:30 a.m” he added. “Them people are camping
outside the door and sleeping there overnight. Un-Bee-Lee-va-bull!” 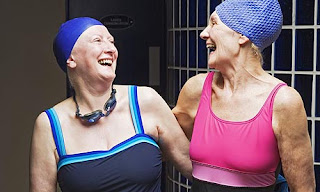 “When Diana Nyad was told to follow the path that had been cleared for her, she flashed her sense of humor and replied, “I’ve never been able to follow it in my life…”
–Diana Nyad

When Diana Nyad stumbled onto the sand at Key West she had done something no one else had ever done. She was the first person to swim all the way from Havana, Cuba to Key West, Florida without a protective cage.

This was Ms. Nyad’s fifth try to swim this distance of 110 miles. The first time she tried was in 1978. Because she failed she moved on to other things until 2011 and 2012 where she still was defeated by the water, jellyfish and simply exhaustion. She said that for 49 hours this time the wind just did not calm down. But after swimming an unbelievable 53 house she found that she had achieved her goal.

As reporters gathered around her the exhausted Nyad said, “I got three messages. One is we should never, never give up. Two is you never are too old to chase your dreams. Three is it looks like s solitary spot, but it’s a team effort.”

Her first four tries were marked by terrible setbacks: if the rough, strength-sapping seas were not enough, she had a severe asthma attack and jellyfish strings that left her nearly paralyzed and in excruciating pain.

She told an interviewer, “You have a dream 35 years ago and it doesn’t come to fruition, but you move on with life. But it’s back there somewhere. Then you turn 60, and your Mom dies, and you’re looking for something. And the dream comes waking out of your imagination.”

It’s a great story. Most of us give up far too soon. We hit snags or the wall, we stumble and fall. But this 64 year-old athlete might just teach us all some swimming lessons. Her advice reminds me of what Winston Churchill said after the war when he went back to his old school and talked to the students. His beloved London had been bombed 71 times in 265 days. Thousands were killed and the whole country was torn asunder. Churchill told the students: “Surely from this period of ten months this is the lesson: Never give in. Never give in. Never, never, never, never—in nothing, great or small, large or petty—never give in, except to convictions of honor and good sense. Never yield to force. Never yield to the apparently overwhelming might of the enemy.” Diana Nyad nudges me to remember. We all face disappointments. Some of them terrible. But Diana was right—we must never give up.

Diana is 64 years old. But she said that none of us are too old to chase our dreams. When dreams fade the life goes out of us. Of course as the years go on we have to alter our dreams and readjust ourselves to difficult realities. But we don’t have to give up on our dreams. Langston Hughes, the black poet was born at a hard time for his people. And yet he wrote poetry that endures. Maybe he was speaking to himself as he wrote of dreams:

For if dreams die

Life is a broken-winged bird

For when dreams go

Life is a barren field

–Langston Hughes, in The Dream Keeper

Nyad tried out her dream in the choppy waters between Cuba and Key West and failed four times. But she now says that she wanted to show that we can dream at any age. This time,” she said, “I am 64. So the years of my life are shorter to the end. So this time I am, all the way across…going to think about all those life lessons that came up during the swim.”

Her last lesson that she gave the public after the swim was: “It looks like a solitary sport, but it’s a team…” Boats of experts followed her on her journey. I am sure they must have encouraged her time after time. Success of any kind is a team effort. Behind all of us are a great number who have cheered us on, who have held up our hands, and beaten off the sharks. Again and again these companions have said: “You can make it. You can make it.” Perhaps Nyad may have made it alone–but we all know that the journey is better, much better when there is somebody along the way that helps and encourages us. To stop from time to time and think of those along the way that have helped make our ride possible is not only humbling but connects us with the rest of the human family. In every age heroes, like shooting stars move across the dark, dark sky—and when this happens those that us that see are better than we would otherwise be. Diana Nyad, God bless her, is one of those shooting stars. Her swimming lessons might just help us all.

Previous Post: « In February 1905, it was cold enough in St. Louis that the mighty Mississippi River froze solid.
Next Post: Carl Sagan with a ‘galactic greeting card’ plaque that went into space on Pioneer 10 in 1972 (one also went on Pioneer 11 in 1973). »