It all started with shooting down of an Israeli F-16 … Hence, the “F”.

At the same time, interesting but complex relationship emerged in the ongoing 5 parties, 3 nations “Syria-Israel-Iran+US-Russia War”,

Vladimir Putin has warned Israeli PM Netanyahu to back away from Syria immediately, or face “dire consequences” as a result.

Following Israel’s air raids in Syria, Putin telephoned Netanyahu, urging him to “avoid any steps that could lead to a new round of confrontation dangerous to everyone in the region,” according to the Kremlin… More @ RT.com

Who Is The Boss?

So, who is the real “Boss” here. Conspiracy theorists have it for sure it’s not Trump.

They say Trump has been fired even before day one. That he “reports” to both Putin and Netanyahu?

They claim the photo below sums up who is Donald Trump the MAGA leader? 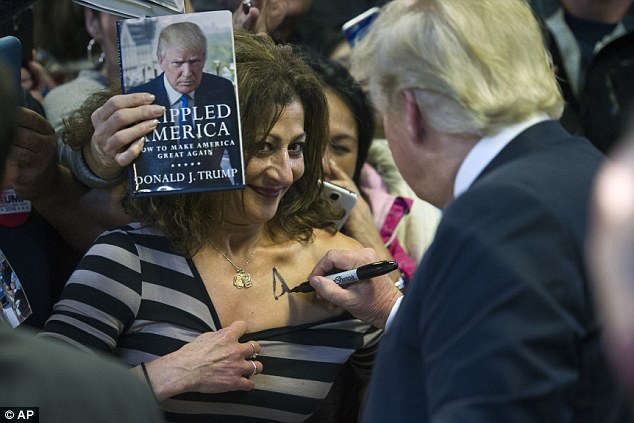 Surprisingly, war-torn Syria does not see Israel as the “Goliath”…. Now, that’s a shame to the “almighty” Jewish state, considering Israel is backed by U.S.A., which is supposedly the world’s #1 Military Superpower?

Anyway, all remain just that … allegations. 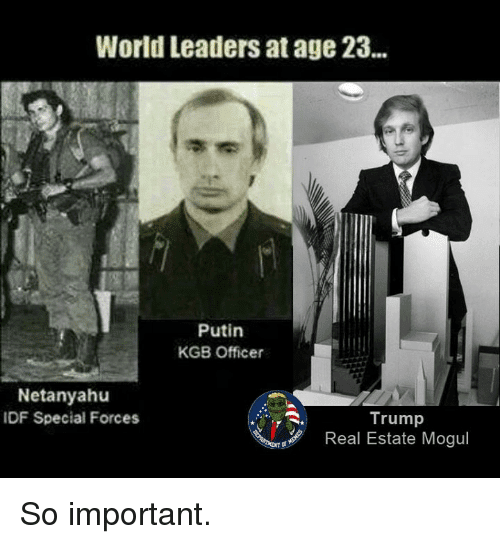 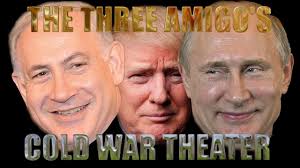 Syrian President Assad: We Do Not Fear War With Israel

Following the shooting down of its first Israeli F-16 fighter jet this week, Syria has sent a clear message to the world: They will no longer be silent on violations of its airspace.

That makes sense since they’re backed by Putin “The Boss”… More @ Elijahjm.wordpress.com

Iran has dismissed as “ridiculous” Israels claims that it had intercepted an Iranian drone launched from Syria.

The Iranian Foreign Ministry Spokesman Bahram Qassemi said: “The claim about the flight of an Iranian drone and Iran’s involvement in the downing of a Zionist fighter jet is so ridiculous that it does not merit a comment”

Iran calls Israel an “evil foreign aggressor” and emphasized that the “illegitimate” Israeli regime cannot cover up its atrocities and crimes against Muslim nations in the region by playing a blame game and spreading lies…. More @ Press TV

A Russian passenger plane crashed shortly after leaving a Moscow airport on Sunday, killing all 71 people on board.

The Saratov Airlines flight carrying 65 passengers and six crew members vanished minutes after take-off and crashed near the village of Argunovo, about 80km (50 miles) south-east of Moscow.

Transport Minister Maxim Sokolov said: “Judging by everything, no one has survived this crash”

Preliminary reports indicate the pilots did not report any technical failures, nor did they activate a mayday call, according to Russia’s Investigative Committee… More @ RT

According to Covert Geopolitics,

“Terrorist” Netanyahu Got Slapped by Assad with a Downed F-16

The Syrian landscape is beginning to recover from the 6-year onslaught of CIA-MOSSAD Islamic State terror when Bibi Netanyahu decided to try his luck against his neighbors by picking a fight with Iran through Syria, under the advisement of his puppeteers within the Deep State CIA and State Department.

The Israeli Air Force has just completed its air sorties on 12 Syrian targets when, in the most profound military countermeasures since 1970s, a battery of anti-aircraft fire brought down one US made, US taxpayers’ paid F-16, with one of its pilots seriously injured.

Israel claims that an Iranian drone violated their airspace at the Golan Heights, when under international law belongs to Syria.

This operation, of course, is with the full blessings of the Kremlin, and the rest of the BRICS, simply because this renewed Israeli intrusions into Syria will defeat the gains already achieved.

The attacks by Israeli forces on targets in Syria are a cause of serious concern for Russia, the foreign ministry said. They may trigger violence and destabilize the de-escalation zone in south of the country.

In a statement on Saturday, the Russian ministry called on all regional players to “exercise restraint and avoid any action that could further complicate the situation.” It stressed the need to respect the sovereignty of “Syria and other nations in the region.”

Russia just lost an Su-25 pilot from a US manufactured MANPAD fired in the CIA-IS controlled area within Syria.

The rules of engagement on red line scenarios have already been defined in a series of multilateral military organizational conference between Russia, Iran, China and ASEAN counterparts, in the last 6 years.

The breaking point for this unprecedented military to military cooperation was the escalation of the Deep State aggression for OPLAN: Greater Israel, which was very evident in the systematic destruction of Libya and other progressive countries in the region.

For Bibi Netanyahu, it was an operation which could have diverted the public’s attention away from his own corruption charges, but even the Israelis are getting wary about the man, and what their bogus state has become.

What this all means is, every attempt at starting a full blown war in the Middle East will never be permitted. And all the Deep State will get is a forced increase in its military budget, which The Donald is more than happy to oblige.

In a larger context, this can also be viewed as a skillful distraction away from the UK-Saudi genocide of the Yemeni people.

Beyond that is the continued deterioration of the American reputation overseas, courtesy of their own Deep State.

As a result of the “dire threats”,

Israel has confirmed that it carried out “a large scale attack” consisting of at least a dozen strikes on Syrian and Iranian military targets inside Syria on Saturday morning.

Iran has vowed to ‘obliterate’ Israel after the Israeli military retaliated to one of its fighter jets being shot down by Syrian forces.

Iran’s Lieutenant Commander, General Hossein Salami, warned that his country will “open the gates of Hell over Israel,” if they make another move against the Syrian regime… More @ Daily Star