Why wasn’t there much of a concern compared to the US,UK, and France that invested heavily in aircraft carriers that could perform strike missions with fighters and bombers.

Was the Soviet Union more focused on its land doctrine? 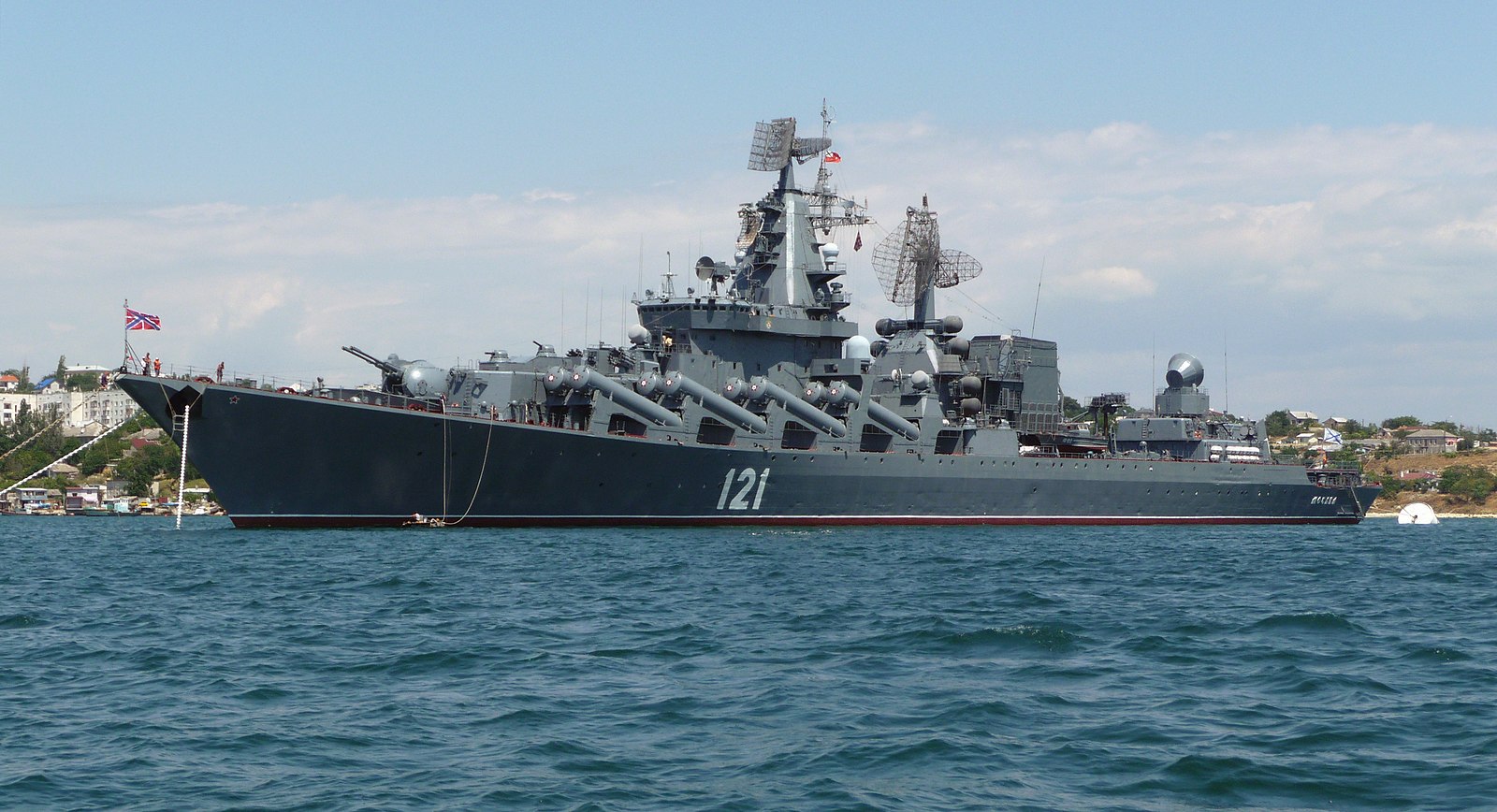 One of the curious asymmetries of the Cold War militaries is that while the US fielded multiple supercarriers and medium-sized carriers, Soviet naval aviation at sea was anemic at best. The only carriers fielded by the Soviet fleet during the Cold War were not even termed carriers, the Moskva-, Kiev-, and Admiral Kuznetsov-classes, did not even carry the terminology “aircraft carrier” but “helicopter/aircraft-carrying cruiser.” This was not only to evade restrictions with Turkey over the passage of capital ships and the Bosporus, but also reflected different missions and capabilities of these ships. Soviet carriers had a strong, integral antiship and antisubmarine array of weaponry that existed completely independent of their air arm showing that the terminology was more than just a diplomatic fiction. While producing large, true aircraft carriers was inside Soviet technical ability, such attempts stalled for a wide variety of reasons ranging from costs and technical problems to shifting doctrinal policies and bureaucratic infighting.

The closest the Soviet Navy got towards the development of a blue-water fleet with a true aircraft carrier component was during the postwar Stalin era. As the Cold War dawned, it became obvious that the North Atlantic was a possible arena of conflict between the US and USSR. This conceptualization of a blue-water fleet built on earlier naval planning during the late 1930s that called for a massive investment in modern naval armament, including carriers. Knowledge of the then-recent Pacific War and the importance of carrier-based aviation underscored the utility of carriers and the Navy was itching to restart construction after the war led to a virtual halt in new construction outside of light units that could be used immediately in the fight against the Germans.

Admiral Nikolai G. Kuznetsov, Minister of the Navy, drew up plans for hypothetical carriers in January 1945, including design studies that built on prewar plans for carriers, as well as technical lessons learned from the incomplete German carrier captured in 1945, the *Graf Zepelin*. But the Navy soon found that the Soviet dictator suddenly cool to the idea. The Naval General Staff first proposed 9 heavy carriers and 6 light carriers in the Summer of 1945, and then drew down to 6 of each type, and by September, the Navy was to make do with two light carriers. Stalin told his naval chiefs in meetings about future naval development that “Maybe, we will build two small ones for now,” and that large expensive carriers were not necessary for a hypothetical war with the US since “we do not intend to fight by the shores of America,” but rather in waters closer to Soviet land-based airpower. Stalin’s opinion found allies in the Soviet Ministry of the Shipbuilding Industry which did not feel confident in building such large and technologically sophisticated ships, especially since Soviet shipyards were still recovering from the war. The plans for the two light carriers were thus abandoned in the final construction plans of the postwar Navy. Stalin would periodically come back to the idea of a Soviet heavy carrier until his death, and Kuznetsov repeatedly pushed for one, but the idea could not gain traction.

The Thaw and the new turn in Khrushchev era defense policy seemed to indicate a rebirth in the stalled carrier program. The Khruschev period saw a renewed interest in technical issues and the global reach of Soviet power, and the Navy received new spending priority. Kuznetsov approached both Khruschev and Defense Minister Nikolai A. Bulganin in the early 1950s with proposals for jet-carrying carriers, but both Soviet leaders were unimpressed. Khrushchev felt that most of the missions performed by carriers could be done more cost-effectively by submarines or light surface ships armed with cruise missiles. Bulganin likewise saw no immediate role for a new class of ships. When Kuznetsov was forced into retirement in December 1955, there was no real major advocate for carrier aviation in the Khrushchev Navy.

Kuznetsov’s successor, Admiral Sergei Gorshkov, recognized that pushing carrier aviation was a non-starter for Moscow and adjusted accordingly. When Kuzentsov was in power, Gorshkov too was a champion of carriers, but soon changed his tune to suit the new order. Gorshkov maintained that carriers on the “whole become outdated as a means for conducting war at sea and are merely a good target for modern missiles.” Soviet naval expansion soon got caught up in the guided-missile fever of the 1960s that operated at all levels within the Soviet military and Soviet surface ships and naval aviation began to prioritize cruise missiles as a main form of offense. Carriers had little role in this environment and one of the chief justifications for Soviet naval expansion in this period was that a cheap missile corvette could sink one of the American’s supercarriers, which made it harder to rationalize the Soviets spending more money on what their doctrine stressed was innately vulnerable.

The ship-based aviation did get a second life of sorts with the advent of the NATO SSBN fleet and their nuclear missiles. The fear was that even if Soviet cruise-missile assets did chase off heavy NATO surface units, SSBNs could still strike at the USSR. Therefore surface ships and attack submarines would need to hunt them down. These fears would come to fruition after fall of Khrushchev and the Brezhnev defense budget allowed for greater funds for large, military projects. The Mokva-class and later Kiev-class were designed as ASW cruisers whose air component would both allow them to hunt down NATO subs and protect the surface ASW group.

Both of these helicopter/aircraft-cruisers stimulated considerable alarm in NATO military circles and stimulated the moribund Soviet carrier program, which was largely restricted to paper-projects. Awash with petro-rubles in the 1970s, the Soviet Navy began to envision the Kiev-class as a stepping stone towards a true carrier, Project #1153 “Orel”, which was a nuclear carrier with a full complement of conventional aircraft. Unfortunately for Project 1153, it soon earned a powerful enemy in the form of Defense Minister Dmitry Ustinov who saw the proposed carrier as too expensive and risky and instead proposed an evolutionary design from the Kiev-class that would be a conventionally powered STOBAR design, which eventually morphed into the Admiral Kuzentsov-class.

Ustinov’s counter-proposals soon had two powerful allies within the Soviet defense establishment. The Sukhoi design bureau, whose aircraft would be deployed on the resulting design, felt that a conventional catapult would necessitate a needless redesign of its aircraft and that the upcoming generation Soviet aircraft engines would produce enough thrust to take off a ski jump with an appreciable load. The other quarter pushing back against larger carriers was within the Soviet Navy itself and its submarine arm. The explosive growth in costs for Soviet submarines of the late 1970s and 80s meant that the new generation of submarines commanded an increasing share of the naval budget. The Oscar II SSGN cost approximately one half that of a Kuzentsov-type carrier and a American-style supercarrier was the last thing the submarine faction and the various submarine construction firms wanted.

The 1980s Defense Ministry and the Navy decided to split the difference over the future carrier fleet and committed to two Kuzentsov-type carriers and a single, nuclear supercarrier, the Ul’yanovsk-class that built on the Project 1153 design. The Ul’yanovsk-class featured a catapult and a ski-jump, but the catapult was for AWACs and ASW aircraft, not fighters.

Unfortunately for the Ul’yanovsk-class and the Soviet Navy in general, the economic problems and eventual break-up of the USSR put an end to any real ambitious naval construction. The Ul’yanovsk was cancelled on its shipway and the two Kuztnetsov-class ships never really reached full operational status in the restricted defense budgets that characterized the Yeltsin years. They alternated between being laid up for want of repairs, or cruises of a very restricted nature (*Admiral Kuznetsov* is rumored to be a warm-weather only ship because it lacks functional heating for its water facilities, including its heads which freeze over). The Russian aviation industry also had difficulties in delivering carrier aircraft and the the Sukhoi firm’s confidence about the STOBAR system proved to be somewhat optimistic as the SU-27s cannot take off with a full load of ordnance and fuel.

The many false starts and hybrid construction of the Soviet carrier program reflects the great difficulties these ships have in being constructed. A modern supercarrier not only needs an aircraft carrier, but an aircraft carrier battlegroup and air wing. These are not easy defense outlays to make and the Soviet Navy was far from alone during the Cold War in scaling back ambitious plans for a carrier fleet to something that fit better into existing doctrine and force structures.

« Deutschland-class Pre-Dreadnoughts sail in a line, 1908
Steal a purse and run. »