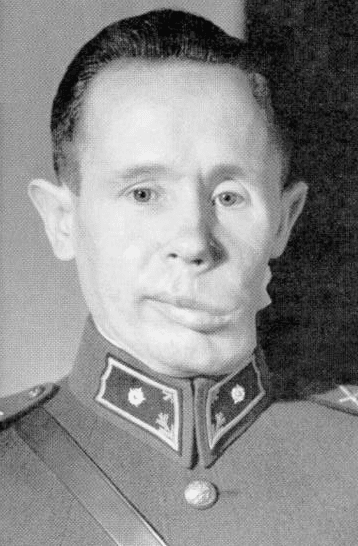 I recently learned that Simo Hayha’s original claimed number of 505 kills was more likely to have been around 200-230 kills.

Why do so many military historians take the numbers for granted? How did snipers and their observers keep the score and why do we have any reason to trust them, when you factor in things like propaganda? It seems to me that inflating these numbers was something people would do for propaganda services.

Georgy_K_Zhukov: >Why do so many military historians take the numbers for granted?

So the question is… do they? Now, to be sure, *popular histories* like those kinds of numbers. Take for instance the aforementioned Simo’s profile on “[Badassoftheweek.com](http://www.badassoftheweek.com/hayha.html)”, which, as an aside, also manages to only go 2 for 3 of actual photos of the man, the third being a common misattribution, but while his exploits might be the main fact your average internet denizen knows in regards to the Winter War, a quick check of several books on the Winter War which I’d consider to be at least a decent level in their approach turned up only one which makes mention of him, and presents a cautious approach to his ‘kill count’. Gordon F. Sander states “the reported number would eventually rise to as high as 505”, which reads as doubly hedged, in my opinion, and in any case the larger point is that you just generally won’t find more serious histories caring too much about *individual* snipers. It falls into the coverage of popular histories, which, when checking, for instance, “The Winter War 1939-40” from Osprey Publishing, not only makes a number of mentions of the man throughout, but even credits him with 542 *confirmed* kills, which is doubly an error, since that includes his (likely inflated) confirmed number plus unconfirmed! So anyways, my point here is that while you might read uncritical acceptance of these numbers from Simo, I would venture – admittedly not taking a *super* in-depth survey of the literature – that this is more common with works which are less academic in their approach.

Now, as to the broader topic at hand, I’m going to briefly touch on why, yes, you shouldn’t trust these numbers! I’ll focus specifically on the Soviets, simply because it is both the angle I’m best suited to handle, and also the cult of ‘Sniperism’ was far and away most developed there during World War II, and I don’t think it is a stretch to say the Soviet snipers of WWII were the most singularly notable collection of the 20th century. In simplest terms, the Soviets were crazy for snipers. Even before the war, they put a good deal of effort into training and deploying them, and they, as you allude to, saw great value in them as propaganda tools. For those familiar with the film “Enemy at the Gates” it is a fairly loose dramatization of one of the most famous from the war, Vasily Zaitsev, and while it plays quite loose with the facts, in all fairness, much of the source material it draws upon does as well. The sniper duel with “Major Konings” which forms a central part of the film is taken right from Zaitsev’s memoirs, yet any attempts to actually corroborate the account has been met with failure.

This is only a single example, but endemic of the entire propaganda machine which operated around the cult of the Sniper in the Soviet Union. With numerous ‘sniper heroes’ lauded and credited with kills of several hundred, I would again question the premise of the question though, at least when approaching those improbable heights allegedly achieved by figures like Zaitsev of Pavlichenko. From my own readings – popular and academic – I find that it is more common than not that those who discuss ‘Sniperism’ include the caveat that these numbers need to be approached for what they are, propaganda, or at the very least present them as less than certain even if dispensing with a paragraph on their speciousness. Certainly there is little doubt that they are *generally* reflective of the success of those individuals, but few accept that they are specifically reflective of an accurate accounting of confirmed kills. There really isn’t any way to ascertain the true numbers, as those records were simply not left behind, and the snipers themselves at the very least bowed to the needs of the state and went along with the ‘official tallies’, even if they knew the real numbers. And of course, they *did* likely had a fair idea of that number, going about tallying their confirmed (A confirmed kill, according to Zaitsev’s memoirs, required the signature of a witness on the report, but doesn’t seem to have required physical confirmation) and unconfirmed kills and reporting them, but it just wasn’t for public consumption, or posterity. Interestingly, the Soviets on at least one occasion inflated *German* kill counts too. It is alleged that Pavlichenko recovered documents off a sniper following a duel that she bested him in, which showed over 400 confirmed kills – but all against British and French early in the war. There is no corroboration beyond the Soviet’s claim though, almost certainly intended to inflate the prowess of their own sniper.

I think it is also important to add one small caveat there as well, namely that you don’t see it thus suggested that these snipers simply *weren’t good*. Those who found themselves at the forefront of Soviet propaganda – “She has killed 309 Fascists, what have you done?” – most certainly were talented and accomplished marksmen and -women, and their successes were inflated, but there is no reason whatsoever to believe they were created out of thin air. Certainly German accounts, especially of urban combat in areas like Stalingrad, recalled the threat fearfully. But the short of it is, you are absolutely on the money to suspect that “*it seems to me that inflating these numbers was something people would do for propaganda services*”, as there is no doubt that, at least in the case of the Soviet sniper movement, this was very much the case.

Now, as for other countries, I can’t speak too much to, say, how reliable American kill counts are regarded (in WWII or otherwise), so I’ll leave that to others, but for the Soviets, hopefully this provides you a bit more information to confirm your existing gut feelings on the matter.

Sources consulted (by which I mean, in some cases, literally just checking to see what phrase is used to describe sniper kill counts):

* The Sniper at War by Mike Haskew
* Notes of a Russian Sniper by Vassili Zaitsev
* Soviet Women on the Frontline in the Second World War by Roger D. Marwick
* The Stalingrad Cauldron by Frank Ellis
* Victory at Stalingrad by Geoffrey Roberts
* Winter Storm: The Battle for Stalingrad and the Operation to Rescue 6th Army by Hans Wijers

Wasn’t the only way to “confirm” a kill to collect the dog tags? I highly doubt that snipers collected dog tags, especially when their targets would usually be surrounded by soldiers?

Edit: had a little dig around online and found that some snipers in WW2 would claim a hit (bullet hitting target) as a kill. When in reality it could be non-fatal. This must surely mess up the numbers right?