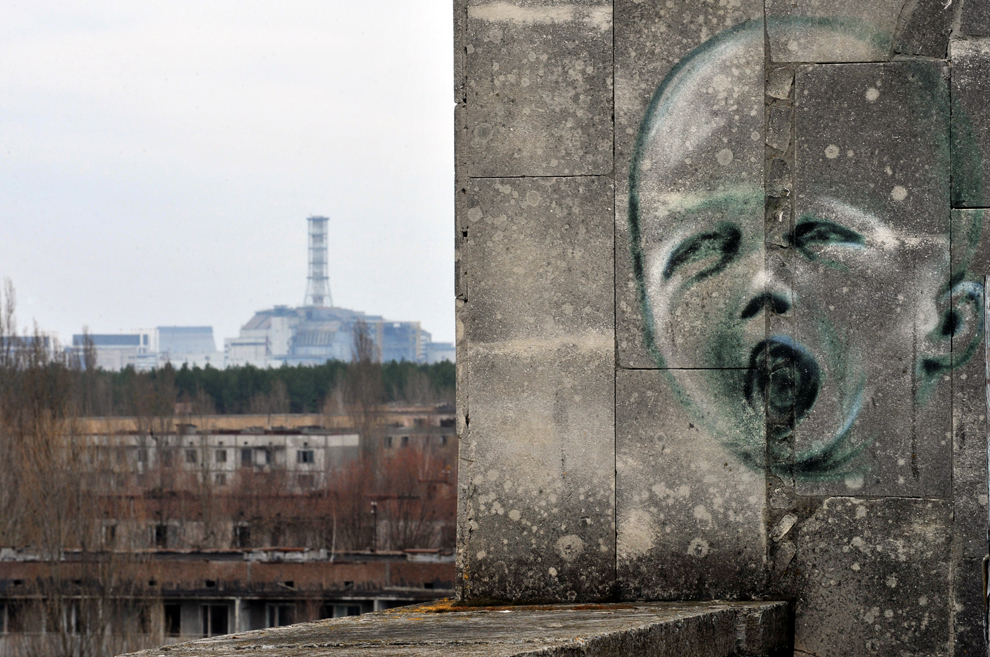 This is more a technical question than a historical one. There are many historical questions one could ask about either, but this is not really one of them.

Chernobyl was a large amount of reacted material (reactors contain much more fuel than a bomb, and Chernobyl was at the end of its fuel load, so it had on the order of 100X more fission products released than the Hiroshima bomb), it was released at a low altitude (venting out the top of the reactor) at relatively low temperatures (enough to loft it, but it came down pretty quickly also). The result is a lot of local contamination with fission products.

One should not overestimate the radioactivity at Chernobyl today; radioactivity levels drop some 100X over the first 48 hours after something like this. You can visit the site, you can even work at it, without immediate health risks. Living there means chronic exposure over a long term, and that means increasing your chances of cancers and birth defects a bit. For an individual, it is not a huge risk increase (though some populations, like children, are more susceptible). But for a large group of people, a small increase in risk can translate into a lot of cancers.

Previous Post: « An Persian Slave Trader in custody of British Navy Soldiers in the Persian Gulf. 1908.
Next Post: “We as black people, we are never going to be successful….” Charles Barkley »