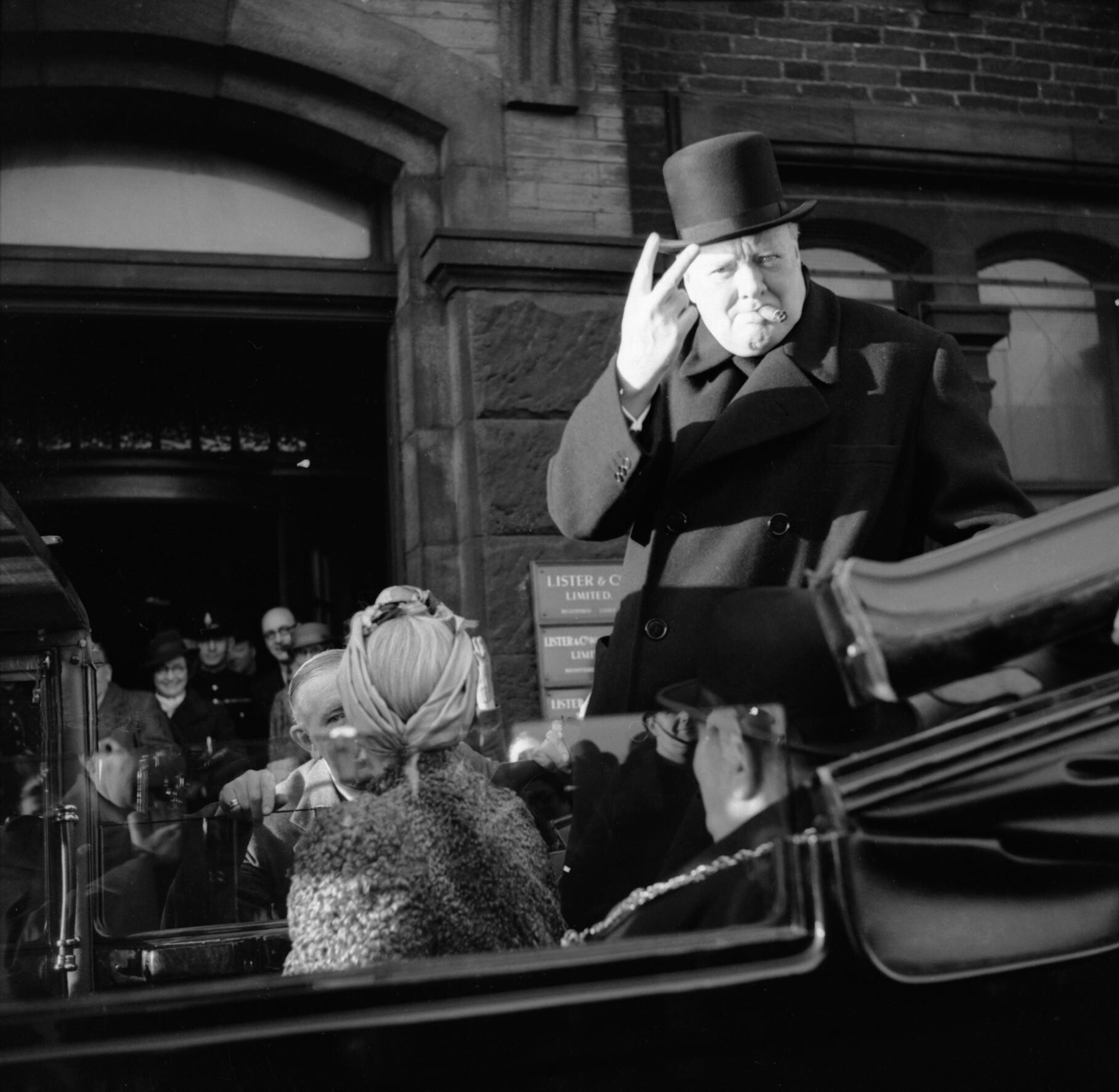 fred_flag: In The Darkest Hours, there is a scene were his secretary explain to him that he is doing it wrong, that he need to show the finger the other side.
Really funny scene and great acting also. A must see.

scaevola79: Actually, when the fingers are held like this it is the same gesture as giving someone the finger.
During the war against France, the British longbowmen showed their fingers to show they were still able to shoot their bows

Previous Post: « A little Italian boy helps his friend who lost his leg during during the Bombing of Naples by Allied forces in 1943 across a plaza. August, 1944.
Next Post: Horatio Gordon Robley (1840-1930) posing in ca. 1895 with some of his collection of human heads, gathered in New Zealand »