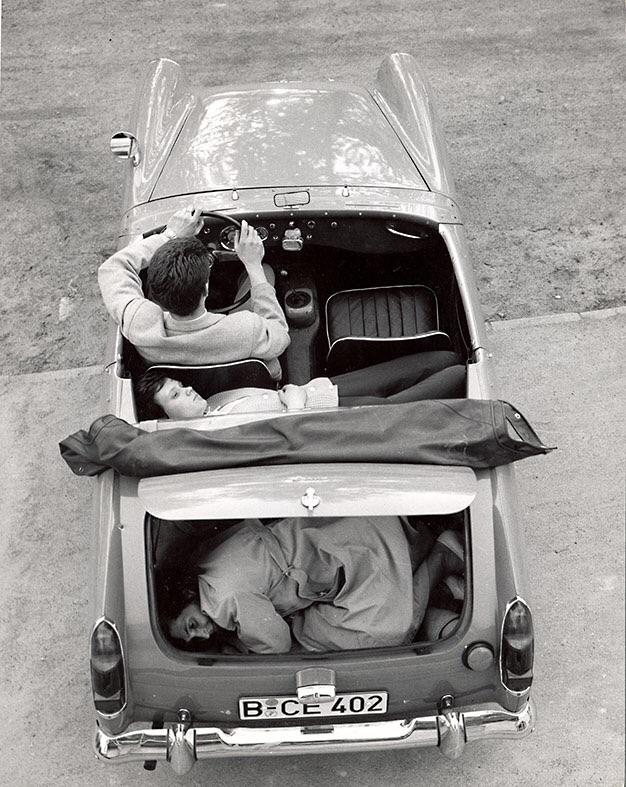 That’s the future mother in law in the boot (trunk). She’s behind a wall of bricks just in case the guards opened fire.

Heinz had carefully measured the height of the boom gate at the checkpoint. 37inches.

The Sprite was about 35 inches high once the windscreen had been removed ( only 4 screws, so a quick and easy task).

He pulled up to the gate, then ducked his head and gunned it! They were away into West Berlin before the guards realised what was going on.

Here’s the part I find the most amazing..

The event was well publicised at the time and months later a German/Argentine bloke, Norbert Konrad, in a similar situation having fallen for an East German girl, pulled the same stunt. Indeed only upon returning the rented Austin Healey Mk2 Sprite was he informed that it was the very same car that Meisner had used for his escape!

Having owned a mkII Sprite for over 20 years myself, I bloody love this story!

2krazy4me: Coincidence? Or not many Sprites for rent?

Wanted to get one years ago. Oh well.