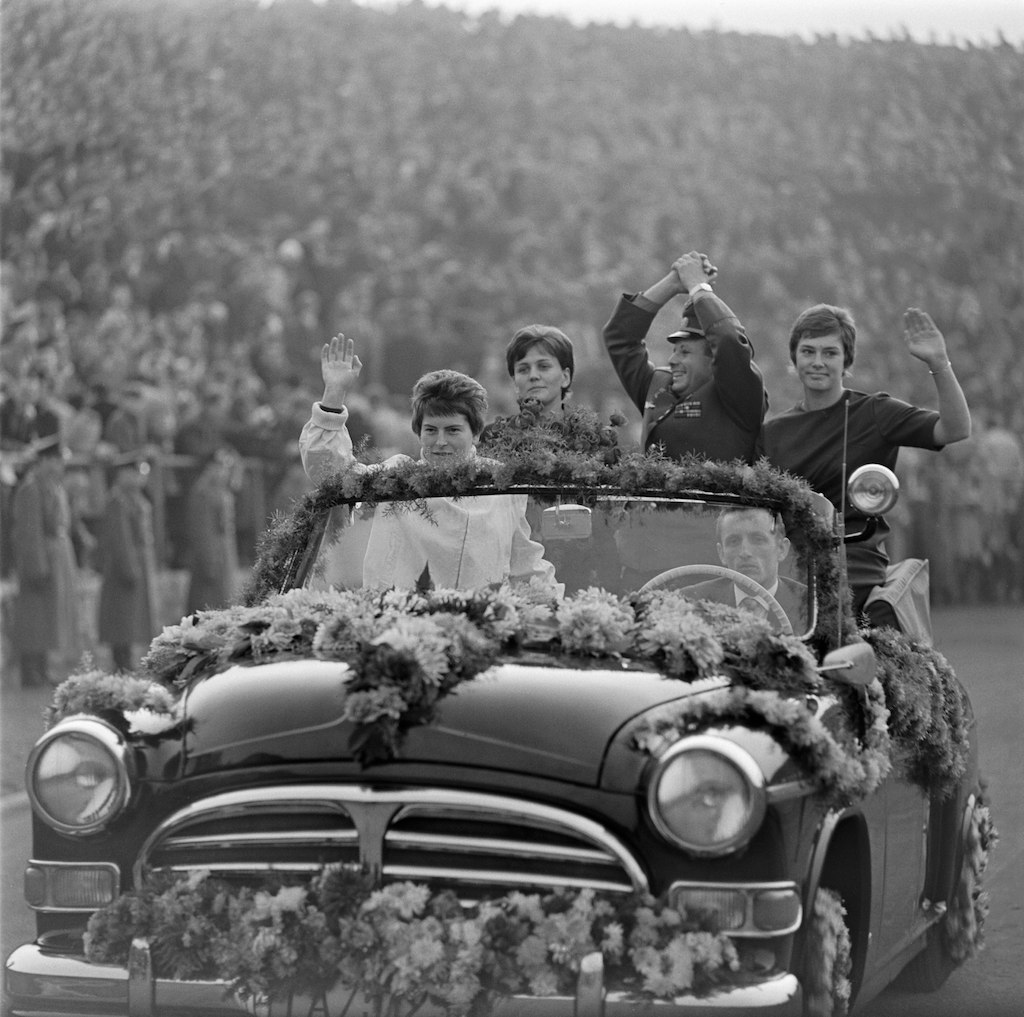 Yuri Alekseyevich Gagarin was a Soviet pilot and cosmonaut. He was the first human to journey into outer space, when his Vostok spacecraft completed an orbit of the Earth on 12 April 1961.  Wikipedia

Koal201: Did he die while in orbit or am I thinking of someone else?

unrecoverable: Who’s the attractive female over his left shoulder?

Wiggy_Bop: The driver looks like he’s going to go home and commit suicide. In fact, the only one who looks truly happy is Yuri. :/

MagicSPA: **Little-known fact**: the Soviets got the “first man in orbit” achievement by cheating.

The international agreement in place at the time was that the astronaut would have to return to land or splash down in the same craft in which they departed. The U.S. designed their craft with this constraint in mind, but the Soviets did not – Gagarin had to bail out of the capsule and parachute to the Earth, as the capsule was designed to get into orbit but NOT to return safely to the Earth. It was well within American engineering expertise to have designed a capsule with a similar approach, only sooner.

This sneakery only emerged long after Gagarin’s name was in the history books; under the agreement that was in place at the time, had all parties adhered to it, the first man in orbit would have been called John Glenn.

« “Which is it: Is man one of God’s blunders, or is God one of man’s blunders?” Friedrich Nietzsche
“White House is like a subway, you have to put in coins to open the gates.” Johnny Chung (1997) »